THIS ANNOUNCEMENT AND THE INFORMATION CONTAINED HEREIN IS RESTRICTED AND IS NOT FOR RELEASE, PUBLICATION OR DISTRIBUTION, IN WHOLE OR IN PART, DIRECTLY OR INDIRECTLY, IN OR INTO AUSTRALIA, JAPAN, SOUTH AFRICA OR ANY OTHER JURISDICTION IN WHICH IT WOULD BE UNLAWFUL TO DO SO.  THE DISTRIBUTION OF THIS ANNOUNCEMENT IN OTHER JURISDICTIONS INCLUDING (WITHOUT LIMITATION) JAPAN, AUSTRALIA, OR THE REPUBLIC OF SOUTH AFRICA (OR TO ANY RESIDENT THEREOF) MAY BE RESTRICTED BY LAW AND THEREFORE PERSONS INTO WHOSE POSSESSION THIS ANNOUNCEMENT COMES SHOULD INFORM THEMSELVES OF AND OBSERVE ANY SUCH RESTRICTIONS.  ANY FAILURE TO COMPLY WITH THESE RESTRICTIONS MAY CONSTITUTE A VIOLATION OF THE SECURITIES LAWS OF ANY SUCH JURISDICTION.

This announcement is an advertisement and not an admission document, a document prepared in accordance with the Supplement to Schedule One of the AIM Rules for Companies or a prospectus. It does not constitute or form part of, and should not be construed as, an offer to sell or issue, or a solicitation of any offer to buy or subscribe for, any securities in the United States of America or in any other jurisdiction where such offering or solicitation is prohibited by law, nor should it or any part of it form the basis of, or be relied on in connection with, any contract or commitment whatsoever. Investors should not subscribe for or purchase any securities referred to in this announcement except on the basis of information in the document prepared in accordance with the Supplement to Schedule One of the AIM Rules for Companies (the “Schedule One appendix document”) published by TransGlobe Energy Corporation (the “Company”) in connection with the proposed admission of the common shares in the capital of the Company (the “Common Shares”) to trading on AIM, a market operated by the London Stock Exchange plc (the “London Stock Exchange”) and the public documents that TransGlobe Energy Corporation has filed with the various securities commissions or similar authorities in each of the provinces and territories of Canada on the System for Electronic Document Analysis and Retrieval (“SEDAR”) at www.sedar.com, and the public documents TransGlobe Energy Corporation has filed or furnished to the United States Securities and Exchange Commission (the “SEC”) via the SEC’s Electronic Data Gathering and Retrieval (“EDGAR”) system web site at www.sec.gov. Unless specifically incorporated by reference herein, documents filed or furnished by TransGlobe Energy Corporation on SEDAR or EDGAR are neither incorporated in nor part of this announcement.

CALGARY, Alberta, June 01, 2018 (GLOBE NEWSWIRE) — TransGlobe Energy Corporation (“TransGlobe” or “the Company”) (TSX:TGL) (NASDAQ:TGA), an independent international upstream oil and gas company with exploration and production operations in the Arab Republic of Egypt and Canada, confirms its intention to seek a listing on AIM to enhance liquidity for the Company’s shareholders and provide more direct access to the London capital markets.

Application has been made for the Company’s existing 72,205,369 common shares (“Common Shares”) to be admitted to trading on AIM (“Admission”). It is expected that Admission will become effective and dealings will commence on 29 June 2018.

The Company’s Schedule One appendix document can be found at: www.trans-globe.com.

TransGlobe is an independent international upstream oil and gas company with headquarters in Calgary, Canada, whose main business activities consist of the exploration, development and production of crude oil and natural gas liquids. The Company currently has exploration and production operations in the Arab Republic of Egypt and Canada. In Egypt, the Company currently holds a 100% interest in six PSCs: West Gharib, West Bakr, NW Gharib, South Alamein, South Ghazalat and NW Sitra. Canadian operations are in west central Alberta, Canada, where the Company owns production and working interests in certain Cardium light oil and Mannville liquids-rich gas fields in the Harmattan area. As at 31 December 2017, the Company had total proved plus probable gross reserves of 45.9 MMboe and average production in Q1 2018 was 14,375 boe/d. Canadian production is weighted approximately 60% light oil and liquids and 40% natural gas.

TransGlobe believes it is well positioned with a producing asset base and established working relationships within Egypt and cash flows from both its Egyptian and Canadian business units.

The Company’s strategy and objective is to leverage its strong asset base and balance sheet to build a diversified, profitable and growth oriented international portfolio of assets capable of generating cash-flow and building shareholder value over the long term.

The Company’s goal is to grow the Group’s annual cash flow through exploitation, development, exploration and acquisitions.  The Company’s acquisition efforts will target opportunities where the Group can leverage its operational and technical strengths with a primary geographic focus on Egypt as well as the Middle East, Africa and Europe.

In 2018, the Company expects to drill 8 development and up to 5 exploration wells in Egypt and 6 development wells in Canada.  The Company’s 2018 budgeted capital programme of US$41.3 million (before capitalised G&A) includes US$29.1 million for Egypt and US$12.2 million for Canada. This programme is balanced to anticipated funds flow from operations using a US$55/bbl Brent oil price forecast.

The Company has set full year average production guidance for 2018 at between 14,200 and 15,600 barrels of oil equivalent per day.

The Directors believe that the Company’s key strengths include:

“A listing on AIM will make it easier for us to introduce the TransGlobe story to a wider audience of investors in the UK, Europe and South Africa.   The Company will be establishing an executive office in London this fall in order to increase our exposure to this investor market and to enhance our business development efforts.

We believe that our strong balance sheet, material production base with exploration upside, and 22 years’ experience of operating successfully internationally makes TransGlobe ideally suited to the London capital markets.”

Mr. Leonard Herchen, Vice President of GLJ Petroleum Consultants, and a qualified person as defined in the Guidance Note for Mining, Oil and Gas Companies, June 2009, of the London Stock Exchange, has reviewed and approved the technical information contained in this announcement. Mr Herchen obtained a Bachelor of Science Degree in Engineering Physics from Queen’s University.  He is a Registered Professional Engineer in the province of Alberta and has in excess of 28 years’ experience in engineering studies relating to oil and gas fields.

The Company’s reserves were prepared by GLJ Petroleum Consultants as independent qualified reserves evaluators, in accordance with National Instrument 51-101 and the Canadian Oil and Gas Evaluation Handbook.

“Proved” reserves are those reserves that can be estimated with a high degree of certainty to be recoverable. It is likely that the actual remaining quantities recovered will exceed the estimated proved reserves.

“Probable” reserves are those additional reserves that are less certain to be recovered than proved reserves. It is equally likely that the actual remaining quantities recovered will be greater or less than the sum of the estimated proved plus probable reserves.

The definitions of proved and probable reserves under Canadian law are different from the definitions of those terms under the federal securities laws of the United States of America; therefore, proved and probable reserves disclosed herein in compliance with NI 51-101 may not be comparable to United States standards. The SEC requires United States oil and gas reporting companies, in their filings with the SEC, to disclose only proved reserves after the deduction of royalties and production due to others but permits the optional disclosure of probable and possible reserves.

In particular, forward-looking statements contained in this document include, but are not limited to, statements with respect to: the Company’s intention to seek a listing on AIM to enhance liquidity for the Company’s shareholders and provide more direct access to the London capital markets; the date that Admission is expected to become effective and dealings will commence; the Company’s strategy to grow its annual cash flow; expectations regarding its acquisition efforts; the suitability of the Company for the London capital markets; and estimated reserves.  Statements relating to “reserves” are deemed to be forward-looking statements, as they involve the implied assessment, based on certain estimates and assumptions, that the reserves described exist in the quantities predicted or estimated, and can be profitably produced in the future.

In making the forward-looking statements contained in this document, the Company has made assumptions regarding, but not limited to: the process and requirements to list on AIM; assumptions regarding expected liquidity for the Company’s shareholders; access to, and receptivity of, the London capital markets; the date that Admission is expected to become effective and dealings will commence; the Company’s strategy to grow its annual cash flow; expectations regarding its acquisition efforts; the suitability of the Company for the London capital markets; the magnitude of and ability to recover oil and gas reserves; recoverability of reserves; that the estimates of the Company’s reserves volumes and the assumptions related thereto (including commodity prices and development costs) are accurate in all material respects; that the Company will be able to obtain contract extensions or fulfil the contractual obligations required to retain its rights to explore, develop and exploit any of its undeveloped properties; and other matters.

Forward-looking statements or information are based on current expectations, estimates and projections that involve a number of risks and uncertainties which could cause actual results to differ materially from those anticipated by the Company and described in the forward-looking statements or information, including uncertainty in obtaining required approvals from TransGlobe’s nominated advisor; uncertainty in obtaining required approvals from the London Stock Exchange; failure to achieve the perceived benefits of the AIM market; failure to establish an executive office in London on the time anticipated or at all; general economic and financial conditions of the AIM market; uncertainties in estimating the Company’s reserve base due to the complexities in estimated future production, costs and timing of expenses and future capital; and other factors beyond the Company’s control. 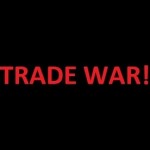