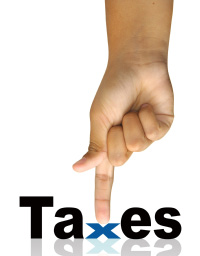 When governments need cash, tax changes often follow. Knowing that voters do not look favorably on governments that bump tax rates, politicians often find more creative ways to squeeze revenue from the tax system in times of need. In the last few years, Canada has adopted significant changes to the tax system without increasing tax rates by:

One example of the government’s focus on revenue generation is the interest rates imposed on unpaid or overpaid taxes. As a result of recent changes, the federal government currently pays interest at a rate of only 1 per cent on refunds to corporations that have overpaid tax. Since the interest received is taxable, the economic return is in the range of 0.7 per cent. On the other hand, when a corporation has underpaid tax, the government charges interest at a rate of 5 per cent. Since the interest paid is not tax deductible, the economic cost is in the range of 7 per cent. In short, the government has created rules that allow it to take ten times as much as it gives back when dealing with corporate taxpayers. These widely disparate rates are disconcerting to many corporate taxpayers when their assessment of tax, and any disputes that arise, are delayed by the slow pace of government action on their matter.

In addition to reducing interest paid to corporate taxpayers, the administration of the tax system has undergone several changes to make the collection of tax more efficient (from the government’s perspective) and more results-oriented.

An example of the tax system shifting to be more results-oriented is the new “risk-based” audit approach for large businesses. Consistent with a global trend, the Canada Revenue Agency (“CRA”) is classifying large businesses (generally businesses with more than $250 million in gross revenue) as “high”, “medium” or “low” risk. It is understood that the CRA intends to redirect 80 per cent of its audit resources towards the “high risk” taxpayers. This process impacts the largest 1,000 businesses in Canada and is expected to have an indirect impact on many other businesses.

The first step in the shift to a risk-based audit approach was to classify the large businesses into risk categories, which has been completed. The CRA is now in the process of interviewing the senior management of many of these corporations to discuss this new process, and to encourage corporate taxpayers to reduce their appetite for tax risk. Earlier this year, the CRA set out to complete the first 50 of these interviews. The next round of interviews is expected to proceed in the Fall. Some taxpayers question whether these efforts to control taxpayer behavior are beyond the scope of a tax administrator and should be left to Parliament through the introduction of legislation. From the CRA perspective, the administration of the tax system is more efficient if taxpayers choose to avoid tax planning that appears aggressive.

An example of increased efficiency in the process of tax administration is the imposition of greater reporting obligations on taxpayers, two forms of which are set out below.

Aggressive Tax Planning. Following similar initiatives introduced in the U.S., the U.K., Australia and Quebec, the federal government has announced new rules requiring taxpayers and their advisors to disclose to the CRA certain tax avoidance transactions entered into after 2010. Where certain conditions are met, a taxpayer must report all transactions that meet the definition of an “avoidance transaction”. Although the draft legislation to implement these rules has not yet been enacted, the government takes the position that taxpayers are now required to comply with these new reporting requirements.

The last three federal budgets have introduced many rules designed to eliminate specific opportunities to defer or reduce tax. The tax policy behind eliminating “loopholes” is sound. However, when drafting legislation to close loopholes, sometimes governments overshoot the mark with broad legislation that negatively impacts far more taxpayers than good tax policy would dictate, leading to uncertainty and tax disputes. Many taxpayers and advisors are now in the process of considering the impact of these new tax legislative changes.

Below is a summary of some tax planning opportunities that were impacted by the last three federal budgets.

Partnership Deferrals. For many years, earning revenue indirectly through one or more partnerships was an effective way to reduce or defer tax. For example, where a corporation earned income through a partnership, and the two entities had different year-ends, the payment of tax could be deferred by up to a year based on the staggered year-ends. With tiered partnerships, the deferral could be longer. In most cases, this opportunity for tax deferral is now eliminated.

Debt Dumping. Broad rules were introduced to combat so-called “foreign affiliate debt dumping”, which involved foreign-controlled Canadian corporations incurring debt to acquire shares in affiliated, non-resident corporations. Tax in Canada could be reduced by the Canadian corporation because the interest paid on the debt would generally be deductible while the dividends received on the acquired shares would not be taxable.

Thin-capitalization. There have always been rules to limit the deductibility of interest expense by Canadian resident corporations on debts owed to related non-residents. These rules, referred to as the “thin-capitalization” rules, prevent Canadian profits from being unreasonably reduced by interest expenses (on which the non-resident recipient pays little or no Canadian tax). The rules limit the amount of interest that may be deducted based on the amount of equity invested in the Canadian company.

Recent changes have made the thin-capitalization rules more stringent by increasing the amount of equity that must be invested in Canada. These rules were also expanded (i) to apply to debts incurred by a partnership of which a Canadian corporation is a member; and (ii) to recharacterize any disallowed interest expense as a dividend (not interest) for Canadian non-resident withholding tax purposes, resulting in a withholding tax cost for non-residents.

Partnership Bumps. In some circumstances, the cost of a property may be increased (or “bumped”) to reflect an indirect, economic investment in the property

A “bump” results in less tax when the property is sold. In some cases, the bump rules were being used in connection with partnerships in a manner that was perceived as aggressive. These rules no longer allow the cost of a partnership interest, held by a subsidiary corporation, to be “bumped” on the winding-up of (or amalgamation with) the subsidiary to reflect an accrued but unrealized gain on the partnership interest, to the extent that the accrued gain relates to partnership property that could not be bumped if owned directly by the subsidiary (i.e., property other than non-depreciable capital property). This anti-avoidance rule prevents taxpayers from transferring property that is not eligible for the bump to a partnership, and then indirectly bumping the cost of that property by bumping the cost of the partnership interest (which, without this rule, would be eligible for the bump).

Sale of Partnership Interest. Existing rules were expanded so that when a taxpayer disposes of a partnership interest to a non-resident, the taxpayer will now be taxed on the entire gain (rather than on only 50 per cent of the gain, which is the ordinary approach under the capital gains rules) to the extent that the gain relates to accrued gains on partnership property, other than non-depreciable capital property. The rule does not apply where all of the property held by the partnership is used in carrying on business through a permanent establishment in Canada. The assumption underlying this new rule is that any non-resident acquiring a partnership interest can cause the partnership to be dissolved without being taxable in Canada on the accrued gains on the partnership property and ensures that such accrued gains are subject to Canadian tax. Where this assumption is not accurate, the tax imposed can be viewed as excessive.

Upstream Loans. Draft legislation released by the Department of Finance introduced new “upstream loan” rules, which are intended to discourage the use of interest-free loans from an affiliated non-resident corporation to its Canadian parent, in situations where the foreign profits repatriated to Canada on a tax-free basis (by way of the interest-free loan) would otherwise have been subject to Canadian tax if they instead had been paid as dividends.

When related parties transact with each other across international borders, they have some ability to decide the jurisdiction in which profits will be taxed. As such, governments around the world closely review such transactions to ensure they are receiving their fair share (or more) of the tax revenue from any profits. In Canada, the “transfer pricing” rules allow the government to adjust the terms of a transaction between a Canadian and a related non-resident where the terms do not reflect arm’s length terms (for example, where an unreasonably high interest rate allows profits to be moved out of Canada).

In recent years, the CRA has aggressively applied the transfer pricing rules to seek to increase Canadian tax revenue, resulting in a sharp increase in disputes between the CRA and taxpayers. In 2008, the Tax Court of Canada decided its first case under the modern transfer pricing rules: GlaxoSmithKline Inc. The CRA tried to increase tax payable in Canada based on an allegation that the Canadian company paid too much for a supply from a related non-resident company. Although the CRA was successful at trial, the result was soon overturned when the taxpayer succeeded before the Federal Court of Appeal (“FCA”). The CRA then appealed to the Supreme Court of Canada (“SCC”) and the case was argued in January 2012. The tax community is eagerly awaiting the outcome of the appeal, as it will be the first SCC decision under the transfer pricing rules.

In another significant transfer pricing case, General Electric Capital Canada Inc., the CRA tried to increase tax payable in Canada based on an allegation that the guarantee fee paid by the Canadian company to its non-resident parent was too high. The taxpayer disputed the reassessment and was successful at trial and on appeal. The government did appeal to the SCC.

In addition to challenges under the transfer pricing rules, the CRA has been increasingly aggressive in challenging related entity transactions: (i) in circumstances involving “treaty shopping”; and (ii) under the general anti-avoidance rule (the “GAAR”).

“Treaty shopping” refers to related parties considering the impact of tax treaties when planning for the tax consequences of cross-border transactions. In general, less Canadian tax is payable where a Canadian company pays amounts to a related party that resides in a jurisdiction that Canada has a tax treaty with, as opposed to a related party resident in a non-treaty jurisdiction. As such, it is good tax planning to ensure, to the extent possible, that amounts are paid to related entities that are in a treaty jurisdiction.

In two recent “treaty shopping” cases, Prévost Car Inc. and Velcro Canada Inc., the CRA reassessed the taxpayers to increase tax payable in Canada by disregarding the fact that amounts were paid to a related entity in a treaty jurisdiction. The CRA relied on the legal argument that the “beneficial owner” of the payments was actually a related entity in a non-treaty jurisdiction. In both cases the taxpayer was successful; however, more government challenges can be expected in this area.

In a recent GAAR case, Copthorne, the government was successful in preventing a non-resident corporation from receiving a tax-free return from a Canadian company that exceeded the after-tax investment in the Canadian company.

As long as the current environment of low economic growth and global economic uncertainty continues, we are likely to see the government continue to find ways to modify the tax system to generate more revenue, by eliminating opportunities for tax reduction, by redirecting resources based on potential revenue-generation, and by using its significant powers to challenge tax planning that appears aggressive.

Patrick Lindsay is a partner in the Calgary office, and Salvatore Mirandola and Steve Suarez are partners in the Toronto office of Borden Ladner Gervais LLP.