A business that captures historical artifacts and moments exist in many industries such as air flight, railway, people’s rights, filmmaking, religion, sports and politics. These businesses provide platforms to preserve their past and in most cases are set up as non-profit.

One of the biggest issues they face is a tendency for people to think they are a money grab with no real value. An Ellison Research study in the U.S. revealed that 62% of all Americans believe the typical non-profit is actually spending more than a reasonable proportion on overhead. And even though the average person does not have a good understanding of the business side of non-profits, what they believe – right or wrong – is likely to influence their giving.

A non-profit business is dependant on those who can give. If that ceases to exist, there is no way the non-profit can sustain long term success. And unlike a for profit business who would cease operation due to no revenue, a non-profit without contribution loses so much more. A for profit closing sees its people lose their jobs, creditors go unpaid and product wasted. A non-profit that preserves history which ceases to operate has all those same issues, plus the loss of our connection to the past and its impact on our present day.

From a very young boy, I had a passionate connection with the game of hockey. Some called it an obsession. I followed the top players of the game, collecting trading cards. I played the game into my adulthood. I studied the game becoming a coach and scout. I looked up the history after listening to my father’s stories about players and teams of the past.

I appreciate the men that paved the way for what we have today in the game. And thanks to the Hockey Hall of Fame these memories do not only have to be in my head but can be seen and experienced through the display of artifacts and collectibles.

The trials and tribulations to carry on the mission of collecting, preserving, researching, exhibiting and promoting objects, images and history as a non-profit are at times insurmountable.

The Hockey Hall of Fame was founded in 1943 and for 75 years has been a memorial to those who have developed this great sport around the world. I would like to think that people like me who enjoy the game are interested in making sure the history can continue to be preserved for the future.

I wanted to know if a Canadian icon, like the Hockey Hall of Fame, faces the same challenges in the marketplace that other companies do.

I was quite surprised to learn that even a great place like the Hockey Hall of Fame has challenges that leave its people with feeling of concern for the future.

The first thing most businesses deal with is the perception in the marketplace – Identity Misconception.

Phil started with, “many people think the Hockey Hall of Fame is about the NHL and the NHL only. This is the farthest thing from the truth. Hockey is much more than the NHL. We cover all of hockey, every level, every league in over 75 countries. One of the biggest misconceptions people have about the Hockey Hall of Fame is we have a lot of money. They associate the level of NHL player salaries with our business, since they connect us with the NHL.”

Next is the landscape of the marketplace – Reality of Competition.

Phil continued with, “another challenge is competing with other entertainment in the city. People’s entertainment dollars can only go so far. In three words you can say we are about Entertaining, Education and Excellence. To survive today we must be interactive. Interaction is a key thing in all museums and every facet of life now. People growing up want to have hands-on.”

And lastly – Being Relevant

“Our board, selection committee and staff play a big part in preserving the game and telling the story of Canada’s sport. We preserve, converse and honour hockey history. If the Hockey Hall of Fame went away, I think people will forget about those that made the game what it is today. We need our past to make our future excel,” Pritchard says.
“All of our advertisement, mandates and education programs stay true to that mission,” he continues. “At the same time, we know that we are only as good as our past. Obviously the internet and social media are big in the lives of people, so instant marketing, promotions and telling a story are key for us as well to stay relevant.”

Another reality of being relevant is knowing where you are.

“Toronto is one of the most diverse cities in the world,” he shares. “We believe hockey is for everyone, so there must be the message: come down, take a shot, be a goalie and learn about what being a Canadian has meant for so long to so many.”

I am fully aware that running a business is not easy. But I cannot imagine having the added pressure of preserving history. Your business probably faces the same challenges as the Hockey Hall of Fame. In order to rise and create massive long term success today and in the future, clear up identity misconceptions; deal with the reality of competition; and be relevant to the marketplace.

Kevin Huhn is the Founder of Be Your Best Today and through its mission wants to help business owners reinvent their brand with proven systems, programs and products that engage, empower and enlighten in order to impact their rate of success. To learn more visit beyourbesttoday.ca. 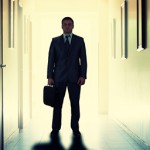 Using Intelligence to Unmask the People Behind Business Deals 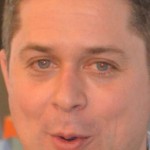 The Man Who Could Be Our Next Prime Minister