Liberal leader Justin Trudeau has made it abundantly clear that he is a big proponent of the public-private partnership model during his keynote address at the annual Canadian Council for Public-Private Partnerships National Conference in Toronto last month.  As with any politician, he also managed to take a few verbal jabs at Prime Minister Stephen Harper and the ruling Conservatives as the main reasons why Canada’s current infrastructure is in the mess that it is in now.

By all accounts the Conservative government is running with a mild surplus at this point, and so the question on the minds of many people is how and where that surplus should be invested.

“We already know the government has committed to spending it on immediate tax credits that are designed to get people to vote Conservative,” Trudeau lashes out. “But is that what we need to build our country’s future?  I humbly offer that a much better thing for the government to be focusing on is investing in infrastructure.”

Whether Liberal, Conservative, NDP, or other, it stands to reason most would agree that investing in infrastructure needs to be a top priority that will lead to a better and stronger Canada in the coming years. One needs to look no further than the mess in Toronto regarding how transportation infrastructure has gone horribly wrong, and it began showing signs as far back as 30 years ago. Unbearably gridlocked traffic congestion has led to increased commute times for thousands of individuals to the point now where there is tangible proof it’s having a direct effect on productivity lost revenue. But it’s not just Toronto.  A number of other urban centres across Canada are growing by leaps and bounds, and smart infrastructure planning is going to be required in order to have those other centres avoid many of the pitfalls Toronto now faces.

As Trudeau noted in his address, there are numerous challenges that have emerged and they need to be confronted – now. It requires responsible integration of a sustainable environment into a prosperous economy. Facing it all is our infrastructure – the very thing we rely on every day to ensure our safety and comfort, and our high quality of life.
“Solid, strategic infrastructure will help our economy grow, help create jobs, and help Canada remain competitive,” Trudeau says. “This is why over the past two years I’ve already engaged with many of the people in this room on multiple occasions.”

Canada’s infrastructure and asset management sectors have been bright spots of economic growth in the last two decades.

“Canada is a pretty great place to live,” Trudeau remarks. “But we should aim to make it even better.”

He says that while the Canadian government may be in a relatively strong position overall, it’s not an accurate barometer for gauging the success of regular, everyday Canadians.

“The Conservative government has offered tax credits to a handful of Canadians – a little bit here and there, but not enough to help most middle class families,” he continues.

Trudeau took this platform opportunity to once again press on about how such tax credits from the ruling Conservatives is nothing more than a classic election strategy. His argument is that it doesn’t do much, fundamentally, to help build Canada for the future.

“I think all the sacrifices Canadians have made to achieve a federal surplus should leave them with more to show for their hard work, like long-term investments in their communities,” he notes.
There is no doubt that job creation and continued, sustained economic growth is a priority to ensuring the health of the nation.  A strong middle class is what keeps a country’s economic engine running on all cylinders. Investing in infrastructure isn’t just a tool to boost economic growth and create jobs now. It’s a way to confront major challenges we will face in the future. Trudeau then worked back to the subject of congestion, which is an emotional hot topic and growing with each passing day.

“I don’t know how long it took you all to get to work today, but no doubt you’re familiar with sitting in traffic,” he says. “It’s not just an annoyance. It actually costs us – about $15 billion each year.”
Trudeau also took the opportunity to touch on climate change.  What were once deemed to be freak weather patterns or unexpected extreme storms are now becoming more commonplace. Will it continue in the future? We don’t know with any degree of certainty, but there’s no indication to think otherwise anytime soon.  Just recently, Buffalo, NY was slammed by more snow in a 24-hour period than it usually gets throughout an entire winter – and Buffalo is no shrinking violet when it comes to snow storms and seasonal accumulation.  Prior to 1996, there had only been three natural disasters in Canada that did more than $500 million worth of damage. Since then, on average, we’ve had one such natural disaster almost every single year. Last year’s flash flood here in Toronto cost over $1 billion to clean up. The tally for the flooding a year ago in Calgary and surrounding area was about $6 billion.

Trudeau doesn’t believe we can somehow avoid these disasters in the future – but rather he wants to be as prepared as possible, which will help limit the damage and reduce costs. He says it’s the kind of disaster preparedness math other countries are doing.

“They are working to attract investment and business for the future while building an infrastructure legacy. Meanwhile, here in Canada, the Conservative government’s inaction and lack of leadership is increasing our infrastructure deficit.”

The Canadian Council for Public-Private Partnerships is always the leading voice on educating Canadians about the benefits of investing in our country’s infrastructure through these types of partnerships.  While it is true Canada was not hit nearly as hard as many other countries during the massive international economic meltdown beginning in 2008, we were still hit nonetheless, and since then our economic recovery has been slow, and our GDP continues to lag.  However, interest rates remain at record low levels and the Canadian dollar remains relatively strong compared with the American greenback.  Seeing it drop below 90 cents is something exporting companies love to see, as it makes it far easier to sell Canadian goods to our neighbors to the south when they are getting a bigger bang for their buck.

With record low interest rates, Trudeau believes we can incorporate long-term financing as a way to provide lasting and sustainable funding for projects that will take years to complete.  The thought is that it will create well-paying jobs and growth today in the process.

“This is a historic moment for us to do what previous generations of Canadians have always done: invest in the future of this country,” Trudeau says. “Every single day we benefit from the bridges and subways, highways and ports that past generations built for us.”

The Liberal leader then shifted towards talk about how the government is focused too much on tax credits such as income splitting, or schemes like their small business E.I. tax credit. Instead, he feels the government should be investing in our collective prosperity and increasing productivity.

Another concern that is often raised is that the federal government typically holds about 50% of revenue capacity but contributes a notably smaller percentage in annual infrastructure spending.

“The Conservatives don’t plan on boosting that anytime soon,” Trudeau says. “In fact, in its last budget, this government decided to slash the Building Canada Fund by nearly 90%. It dropped from $1.7 billion down to just $210 million this year. Not just for one project – but for the entire country.”

Regardless of ones political stripes, most everyone seems to agree that greater investment is needed for infrastructure projects.  Private capital is critically important in achieving this, because the federal government and the provincial governments simply don’t have the wherewithal to cover the costs alone. On the other hand, businesses cannot take the entire responsibility because basic infrastructure costs threaten bottom lines.  It’s why the P3 model with its unique partnership possibilities is being accepted more and more as time goes by.

“Together, we can seize this opportunity to embark upon a new kind of nation building,” Trudeau remarks. “The challenges ahead are multi-faceted, but as we have done in the past, Canadians can work together to meet them.”

The private sector has lots of experience building and operating housing in various ways. The government should harness that knowledge and ability to make finding a home easier for Canadians.

“We can also fix the shameful lack of investment in our First Nations communities, because this isn’t just about laying new roads or putting down tracks; it’s about all of us, the country we want to live in, and the one we want to pass down to our children,” Trudeau forcefully states.

The government needs private enterprise to help in identifying new and more innovative mechanisms to finance and build public infrastructure. Here, we can learn from the provinces. It’s estimated that investing $1 billion in infrastructure could boost Canada’s GDP by as much as $1.6 billion.

“For generations, Canadians have left their children with a better country than the one into which they either arrived or were born,” Trudeau says. “I see no reason why we should be the generation that stops that pattern. We cannot be passing along unpaid bills to our children because we refuse to invest now.” 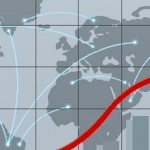