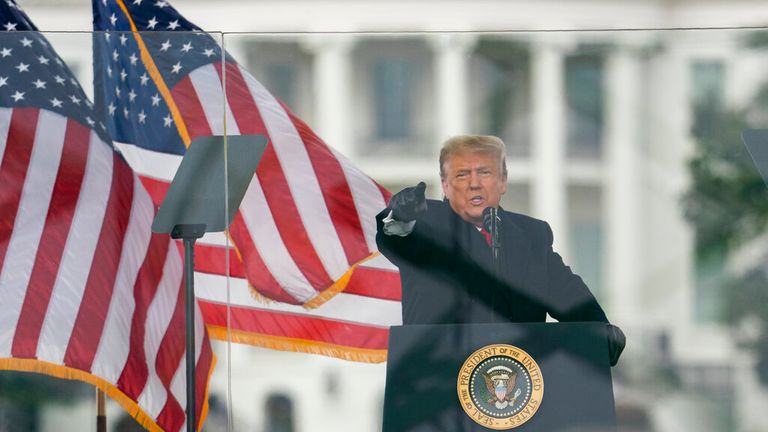 CBJ — Donald Trump has become the first U.S. President in history to have the stain of being twice impeached.

The House of Representatives voted 232 to 197 to move forward with impeachment on one charge of incitement of insurrection. There were five non-votes.

All 222 Democrats voted to impeach, along with 10 Republicans. The charge stems from Trump’s speech to his followers prior to a protest that escalated into a riot where five people wound up dying including a police officer at the U.S. Capitol, which was ransacked. The fact Trump did not quickly denounce the riots was also seen as a sign of being part of incitement.

Democratic leaders said there was no other choice but to impeach after U.S. Vice-President Mike Pence refused to invoke the 25th Amendment constitutional authority to remove Trump from office.

Lawmakers say Trump crossed a line when he made that now infamous raucous outdoor speech to his supporters to get them even more riled up prior to their heading over to the U.S. Capitol where things got completely out of control. As noted, the failure by Trump to quickly condemn the activities was also a determining factor in moving ahead with the charge against him. It’s also been reported that VP Pence had to convince Trump that the National Guard needed to be immediately deployed to bring a stop to the violent uprising.

However, despite the House voting to move forward with impeachment, Senate Majority leader Mitch McConnell has already stated there is no chance the Senate will have a vote prior to Trump’s term ending on January 20. Democrats want a fast push-thru but as McConnell has noted, prior articles of impeachment have each been debated for a period of months, not a couple of days. Anything less would be virtually impossible to provide a fair trial, regardless of whether someone is pro or anti Trump.

The shortest impeachment article debate in history lasted 22 days, and the longest was 83. Based on those timelines it’s easy to see why there is virtually no chance of having all evidence presented in the Senate before January 20, even if the start date was immediate. McConnell says the earliest the Senate will reconvene is January 19, a mere 24 hours prior to Trump’s leaving. Virtually the only way Trump will not serve out his term at this point is if he voluntarily resigns, and that’s definitely not going to happen.

It is almost a certainty the Senate will vote on the issue in the near future, but not until after Trump is long gone. Also, McConnell will soon no longer be the Majority leader but minority leader. It’s expected Democrat Chuck Schumer will take over as leader and he assuredly will have the appetite to move forward against Trump. However, legal experts are now reviewing all legal documents, including the Constitution to see whether or not it is even legally possible to impeach a private citizen — which Trump would be, or whether they can still go after him after the fact. The original intent of being able to impeach a president, and remove the president from office if found guilty, was to rid the country of a current and present danger. But with Trump out of office, some would argue any direct clear and present danger would be gone. There are many legal wranglings to sort out, which will also take time.

Meanwhile, Trump is facing a litany of issues outside the office of the presidency as it relates to his family business and family fortune. Deutsche Bank, one of Trump’s largest lenders, has said it will no longer do business with any of Trump’s businesses and expects to have all its loans repaid within several years. The debt is believed to be in the neighborhood of $320 million. Additionally, New York City is ending all contracts with Trump-related enterprises according to Mayor Bill DeBlasio.

It’s expected Trump is going to go on a Pardon party over the last few days of his presidency, letting some of his closest associates off the hook. It’s also an attempt to take the narrative off the impeachment proceedings. Regardless of political leanings, there’s no way to rationally deny this is an absolutely pathetically sad way for a president’s term to come to an end.

Democratic President-elect Joe Biden will be sworn in on January 20. Trump has already stated he has no plans to be part of the ceremony although Pence has said he will be there. Former presidents Clinton, Bush and Obama are also scheduled to attend.

A topic that still does not seem to be getting enough attention is the fact that even after everything that has gone on in Trump’s four years in the Oval office, just 54% of voters in the House of Representatives chose to impeach. There were 197 Republicans who still essentially side with Trump, with only 10 turning against him, so while some media outlets are calling it a great bipartisan vote, it seems anything but.

The 45th U.S. President will soon be gone, but the cavernous divide in the United States continues to rage on, and as of now there is no sign the chasm is going to start closing anytime soon — and that is by far the most worrisome issue at this point. 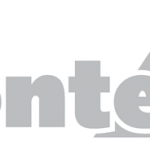 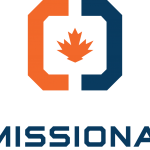