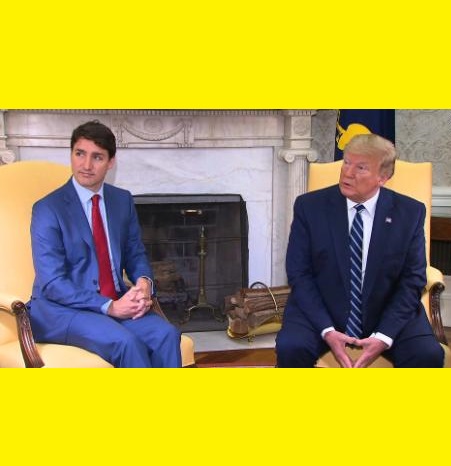 CBJ — U.S. President Donald Trump says he will bring up the topic of two detained Canadians in China when he himself has a meeting with the Chinese president.

Trump made the promise to Prime Minister Justin Trudeau who was in Washington to discuss a number of issues, including trade.

The tone of their third meeting was certainly more pleasant for Trudeau than the first two. Trump called Trudeau “a friend” — a stark change from when he called him dishonest, weak, meek and mild a year ago following a G7 Summit in Quebec.

“He’s been a friend of mine. We’ve worked hard together. We worked, in particular, on the USMCA,” Trump said, using the acronym for his preferred name for the new trade pact, the United States-Mexio-Canada Agreement.

Now Trump must persuade his Democratic opponents in the House of Representatives to allow the actual start of the ratification of the USMCA.