CBJ — U.S. President Donald Trump supports a deal brought forth on the weekend that would allow social media site TikTok to remain operational in America.

TikTok’s Chinese parent company ByteDance provided modifications to the business plan, which seems to have gained the approval of the Trump administration.

Last Friday the U.S. Commerce Department announced that all new downloads of the TikTok app would be blocked as of September 20, including any updates or patches. In other words, people with TikTok on their smartphones would still have access, but would not be able to receive any software updates or patches, meaning the app would eventually fail to work properly.

The American government has expressed grave concern that TikTok could possibly pass on the personal data on 100 million Americans that use the quirky app to the Chinese state government. TikTok is a video site, consisting largely of 15-second clips of people engaged in dance moves and other creative manoeuvres.

Trump signed an executive order last month that gave ByteDance 90 days to sell TikTok. The deal announced on Saturday, however, is structured as a partnership rather than a divestment. TikTok in the U.S. will be owned by a new company called TikTok Global and will include a 12.5% ownership from Oracle and 7.5% by Walmart. About 40% of ByteDance is currently owned by American investors, so that ownership will transfer to the new U.S. company resulting in American interests owning a total of 60% and thus satisfying U.S. government concerns. 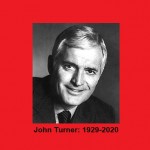 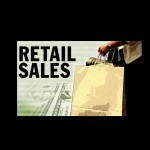