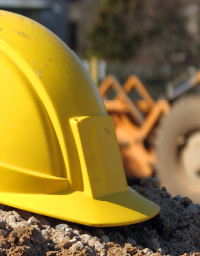 When the biggest builder in the U.S. focuses its energy on expanding its Canadian business, you can be sure that the economy is turning around. Turner Construction Company is an industry giant with over 42 locations—and one very promising office in Canada. The Toronto-based location of this successful construction business has been steadily growing the past two-and-a-half years, largely because of Turner’s longstanding relationships with major multinational clients. This month, CBJ takes a look at the Canadian component of Turner Construction and learns how it plans to serve the Canadian marketplace.

Jay McKee is a 15-year Turner veteran and an engaging and passionate voice of the business. Having completed his schooling at the University of Toronto, he worked with Turner in the Michigan office for many years before returning as Director of Operations for the Canadian office in Toronto. The move marked an exciting transition for Turner, which has been involved with the Canadian market since 1910, doing occasional work in Canada for its client roster of Fortune 500 companies.

Why the reenergized focus on the Canadian marketplace? “Canada is a natural fit for Turner. Many of the clients we serve throughout the United States and the world have facilities located in Canada. Additionally, Turner has a diverse base of experience that can serve the construction needs of many new clients.” explains McKee.

Turner is a reigning industry leader in so many areas of its sector. It is the largest Green Builder in the U.S., one of the largest healthcare builders, as well a major player in higher education, commercial and corporate interiors. Tuner’s clients are major multinational Fortune 500 companies—the size and stature of General Motors and Ford Motor Co. These clients have needed construction services in Canada over the years, and Turner has dutifully followed them, performing its best to provide the highest quality services.

It was during the last few years of increased work in Canada that Turner decided that the market was undoubtedly something that had promise. “It got to the point over the last two-and-a-half years where we realized that we really had to be back in the market full time,” says McKee, “and that’s what we’ve been doing.” Since then, Turner’s Canadian operations have been growing, strengthening, and turning profits.

Turner’s Canadian office has its eye on major growth in the upcoming years. Its focus areas for growth are in its proven expertise. “Corporate interiors and data centres are a few of the things we do here in Canada,” says McKee, who notes that Turner will continue to flourish in these areas. “For the future, we’re also focusing on additional areas that we specialize in.”

Public Private Partnership (P3) opportunities is one area of interest for Turner. “There are a lot of P3 opportunities happening in Canada. Turner has an impressive balance sheet that is a very attractive for those kinds of opportunities,” says McKee. Turner is looking at a number of these opportunities across Canada and is confident that its global reputation will serve it well in the bidding process.

“As the largest builder in the U.S., we are also working internationally in over 25 different countries such as Vietnam and in the Middle East,” states McKee, pointing out that the vast experience brings more to the table than many other players. “We are truly a global company with the services that can really make a difference to the clients and take them where they want to go.”

Beyond its century of expertise and experience, another service offering that differentiates Turner is its wholly owned subsidiary firm called Turner Global Sourcing Solutions. This group, in essence, functions like a GPO for its clients and procures mechanical and electrical equipment directly from manufacturers, leveraging the buying power of its massive amounts of annual work. “We have direct relationships with manufacturers such as Cummins, General Electric, York and Trane, so we’re able to buy generators, chillers, the large ‘MEP’ type parts, and deliver those to the job sites much faster than with a general procurement where you let a subcontractor find the equipment, don’t have much choice and get what you get,” says McKee. “With Turner Global Sourcing Solutions, we’re able to provide clients with the choices of what equipment they want to use, preferred manufacturing slots, improved lead time—and quite honestly some great prices.”

A business doesn’t succeed for over 100 years without doing something right. “The thing that sets us apart from so many others is that we really treat our clients like they are our most trusted friends,” says McKee. “We don’t have trucks and equipment—we have people. The strength of the company in the last 109 years has been because of its people.” Turner takes care to maintain its most important human resources, and actually did not stop hiring at all during the last five years. “Our over 5,000 employees have been working very profitably even in these lean years,” says McKee. “Four years ago the construction market in the U.S. was 40 per cent higher than it was one year ago and we only dropped about 12 per cent at the most.” In fact, Turner CEO and President Peter J. Davoren intends to hire 350 people in the next year and sees a lot of optimism and energy, particularly in the Canadian marketplace.

Finally, Turner prides itself on being involved in the communities of all of its locations—including Canada. “We firmly believe that if you are going to live and work and play in the community, then you have to take a role in the betterment of that community as well, be it Habitat for Humanity, the Lions Club or any other service organization. There are generally a number of Turner people involved. Those are little things that help us be a part of the community,” says McKee. “We want to build and we want to be a part of the community where we work.”