KING CITY, Ontario, May 07, 2020 (GLOBE NEWSWIRE) — TWC Enterprises Limited (TSX:TWC) (“TWC”) announced the results of matters voted on at its Annual Shareholders Meeting held on May 6, 2020 (the “Meeting”), which included the election of Directors of the Corporation, all of the nominees listed in its management information circular dated April 1, 2020.  The voting results for each of the matters presented at the Meeting are presented below.
There were 21 Shareholders holding 22,654,119 Common Shares represented in person or by proxy at this meeting. This represents 85.61% of the 26,460,951 issued and outstanding Common Shares.1.             Election of DirectorsThe eight (8) nominees proposed by management were elected as Directors of the Corporation to hold office until the termination of the next annual meeting of Shareholders or until their successors are duly elected or appointed, subject to the provisions of the Corporation.  Proxies were received on this matter as follows:2.             Appointment of AuditorsThe firm of Deloitte LLP, Chartered Professional Accountants, was appointed as auditor of the Corporation to hold office until the close of the next annual meeting of Shareholders or until their successors are duly appointed, and to authorize the Directors to fix the remuneration of the auditor.  Proxies were received this matter as follows:Corporate Profile
TWC is engaged in golf club operations under the trademark, “ClubLink One Membership More Golf.” TWC is Canada’s largest owner, operator and manager of golf clubs with 52.5 18-hole equivalent championship and 3.5 18-hole equivalent academy courses (including one managed property) at 40 locations in Ontario, Quebec and Florida.For further information please contact:Andrew Tamlin
Chief Financial Officer
15675 Dufferin Street
King City, Ontario L7B 1K5
Tel: 905-841-5372 Fax: 905-841-8488
[email protected]
CBJ Newsmakers 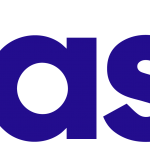 B.C. Transforms Lawyer Referral in the Age of Coronavirus 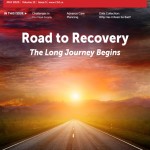