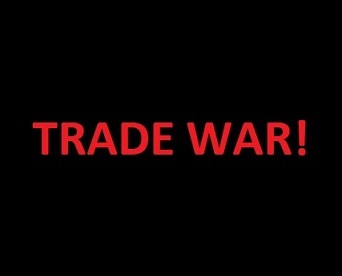 CBJ — Trade talks between the U.S. and China have begun with both sides saying they are optimistic a deal can be worked out.

Facing a March deadline, the concern from economists is a cooling global economy and one that has already noticeably affected China.

Negotiations got off to a shaky start when Beijing complained about a U.S. warship patrolling Chinese waters. However, U.S. officials would not discuss its military presence in the region.

U.S. President Donald Trump imposed tariff increases of up to 25% on $250 billion of Chinese imports over complaints Beijing steals or pressures companies to hand over technology. President Xi Jinping responded by imposing penalties on $110 billion of American goods, slowing customs clearance for U.S. companies and suspending issuing licenses in finance and other businesses.

Chinese growth fell to a post-global crisis low of 6.5% in the quarter ending in September. With sustained U.S. pressure, there is no doubt China is buckling under the economic strain and has now promised to allow ore foreign access to its auto, finance and other industries.

The U.S., Canada and other countries have long argued an unfair trade imbalance that greatly favours China. Beijing had tried in vain to recruit France, Germany, South Korea and other governments as allies against Trump, but they have echoed U.S. complaints about Chinese industrial policy and market barriers.

China loves sending its manufactured products — many of questionable quality — for sale in North America, but refuses to allow U.S. and Canadian products to be sold in their country, and when they do, it’s with ridiculously high tariffs attached — often so high that it makes it pointless to try and penetrate the market.  It certainly appears as if a lot of that is about to change.

The trade negotiations also went ahead despite tensions over the arrest of a Chinese tech executive in Vancouver on U.S. charges related to possible violations of trade sanctions against Iran. China responded to the detention of Huawei Chief Financial Officer Meng Wanzhou by Canadian authorities — on behalf of the U.S. — by arresting a number of Canadians in China, several of whom remain in custody, including a diplomat and a senior business executive.  Prime Minister Justin Trudeau spoke with Trump about the situation on Monday, although it’s unclear what next steps are planned.