The strong July numbers have helped to allay some fears that the American economy was heading into a recession.

However, the report released by the U.S. Commerce Department won’t likely change expectations that the Federal Reserve will cut interest rates again next month as news from the manufacturing sector remains bleak.

U.S. President Donald Trump was quick to point out the strong retail sales data, which came a day after a key part of the U.S. Treasury yield curve inverted for the first time since June 2007 and triggered a stock market sell-off. An inverted Treasury yield curve is historically a reliable predictor of looming recessions.

American consumer spending, which accounts for more than two-thirds of the economy, is being underpinned by the lowest unemployment rate in nearly half a century. 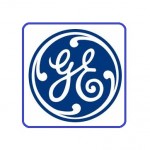