Use of Proceeds
The Company intends to use the net proceeds raised from the sale of the Units to advance the Company’s current battery commodities – uranium projects, the search for additional compelling opportunities in the resource sector, and for general working capital.

Hold Period
All securities issued and issuable pursuant to the Offering are subject to a four month and one day statutory hold period.

About U3O8 Corp.
U3O8 Corp. is focused on exploration and development of deposits of uranium and battery commodities in South America. Battery commodities that occur with uranium resources include nickel, phosphate, vanadium and zinc. The Company’s mineral resources estimates were made in accordance with National Instrument 43-101, and are contained in the following deposits:

A PEA is preliminary in nature, it includes inferred mineral resources that are considered too speculative geologically to have the economic considerations applied to them that would enable them to be categorized as mineral reserves, and there is no certainty that the preliminary economic assessment will be realized.

This news release includes certain “forward looking statements” related with the development plans, economic potential and growth targets of U3O8 Corp’s projects. Forward-looking statements consist of statements that are not purely historical, including statements regarding beliefs, plans, expectations or intensions for the future, and include, but not limited to, statements with respect to: (a) the completion of a reactivation transaction; (b) the low-cost and near-term development of Laguna Salada, (c) the Laguna Salada and Berlin PEAs, (d) the potential of the Kurupung district in Guyana, (e) impact of the U- pgradeTM process on expected capital and operating expenditures, and (f) the price and market for uranium. These statements are based on assumptions, including that: (i) the ability to find a profitable undertaking or successfully conclude a purchase of such an undertaking at all or on terms which are commercially acceptable; (ii) actual results of our exploration, resource goals, metallurgical testing, economic studies and development activities will continue to be positive and proceed as planned, and assumptions in the Laguna Salada and Berlin PEAs prove to be accurate, (iii) a joint venture will be formed with the provincial petroleum and mining company on the Argentina project, (iv) requisite regulatory and governmental approvals will be received on a timely basis on terms acceptable to U3O8 Corp., (v) economic, political and industry market conditions will be favourable, and (vi) financial markets and the market for uranium will improve for junior resource companies in the short-term. Such statements are subject to risks and uncertainties that may cause actual results, performance or developments to differ materially from those contained in such statements, including, but not limited to: (1) changes in general economic and financial market conditions, (2) changes in demand and prices for minerals, (3) the Company’s ability to source commercially viable reactivation transactions and / or establish appropriate joint venture partnerships, (4) litigation, regulatory, and legislative developments, dependence on regulatory approvals, and changes in environmental compliance requirements, community support and the political and economic climate, (5) the inherent uncertainties and speculative nature associated with exploration results, resource estimates, potential resource growth, future metallurgical test results, changes in project parameters as plans evolve, (6) competitive developments, (7) availability of future financing, (8) the effects of COVID-19 on the business of the Company, including, without limitation, effects of COVID-19 on capital markets, commodity prices, labour regulations, supply chain disruptions and domestic and international travel restrictions, (9) exploration risks, and other factors beyond the control of U3O8 Corp. including those factors set out in the “Risk Factors” in our Annual Information Form dated March 27, 2019 for the fiscal year ended December 31, 2018 available on SEDAR at www.sedar.com. Readers are cautioned that the assumptions used in the preparation of such information, although considered reasonable at the time of preparation, may prove to be imprecise and, as such, undue reliance should not be placed on forward-looking statements. U3O8 Corp. assumes no obligation to update such information, except as may be required by law. For more information on the above-noted PEAs, refer to the September 18, 2014 technical report titled “Preliminary Economic Assessment of the Laguna Salada Uranium-Vanadium Deposit, Chubut Province, Argentina” and the January 18, 2013 technical report titled “U3O8 Corp. Preliminary Economic Assessment on the Berlin Deposit, Colombia.” 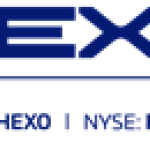 Trent MacDonald, CFO of HEXO Corp, to Host AMA with the Reddit Cannalysts 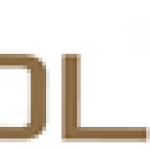