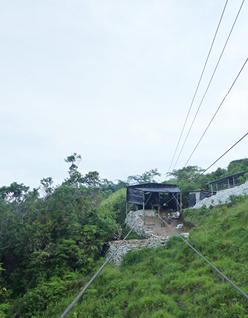 South American-focused uranium, phosphate and vanadium explorer U3O8 Corp. (TSX-V: UWE) has achieved remarkable exploration success. Just 18 months after adding two projects to its exploration portfolio, U3O8 Corp. now has three advanced uranium plays in Colombia, Argentina and Guyana. The company’s resource has rocketed from seven million pounds of uranium in early 2011 to 40 million pounds in global uranium resources—and this resource is expected to grow to 50 million pounds in Q1, 2012. The fastest-growing resource is in its Berlin project in Colombia’s Caldas Province, where on January 18 the team posted its maiden NI 43-101 resource (Indicated: 1.5 million pounds uranium at 0.11 per cent) (Inferred: 19.9 million pounds uranium at 0.11 per cent) defined in only three kilometres of a 10.5 kilometre mineralized trend.

Establishing the first resource at Berlin was an important step forward, but when combined with the outstanding metallurgical recoveries recently announced from the project, U3O8 Corp. has demonstrated that it has a company-maker in its hands. Metallurgical recoveries were 97 per cent for both uranium and phosphate and 79 per cent for vanadium. Recoveries from rare earths such as yttrium and neodymium are an impressive 96 per cent and 82 per cent respectively.

“We acquired Berlin in May 2010 and soon recognized its potential as a very big deposit. We were drilling within four months of the acquisition and are very pleased to have advanced to a maiden NI 43-101 uranium resource of 21 million pounds on just three kilometres of a 10.5 kilometre long mineralised trend.

The Berlin resource also includes 8.7 million tonnes of phosphate, and almost 100 million pounds of vanadium plus rare earths and other metals. Historic drilling and our own trenching suggest Berlin could contain 70-80 million pounds of uranium over the entire mineralized trend,” says Dr. Richard Spencer, President and Chief Executive of U3O8 Corp.

“With this first NI 43-101 resource and our initial metallurgy, we’re in a good position to move to a scoping study on Berlin in 2012. We’ll also continue close-spaced drilling with the aim of growing the resource to 40-50 million pounds of uranium in 2012, while exploring the rest of the 10.5 kilometre mineralized trend at Berlin.”

While the company priority is Berlin, given its diverse mix of high-value commodities and a clear path to considerable size potential, U3O8 Corp. is also actively exploring two other advanced projects: The Laguna Salada Project in Chubut Province, Argentina—which contains an NI 43-101 uranium-vanadium resource and is ready for a scoping study this year—and the Kurupung Project in Guyana where the company has a growing NI 43-101 uranium resource.

“Today, Africa produces 17 per cent of the world’s uranium. From a technical point of view, one looks at the contiguous geology from Africa to South America—continents once joined together—and this suggests that South America could have similar prospectivity,” Spencer explains.

“We feel that exploration in South America is akin to where Africa was 10-15 years ago and offers a new frontier with reasonably priced opportunities for a company of our size. We’ve been able to acquire and advance some excellent projects, and the Berlin project in Colombia and the Laguna Salada project in Argentina result from that acquisition opportunity.”

“Had Berlin been in Namibia, we would have faced stiff competition in acquiring the project.”

U3O8 Corp.’s maiden NI 43-101 resource at Berlin converts part of a historic resource of 38 million pounds at 0.13 per cent uranium estimated in the early 1980s by French group Minatome. Minatome did initial exploration which confirmed interesting grades in uranium and vanadium prior to the company being nationalised by the French government in 1981, whereupon Minatome exited Colombia.

“We picked up the Berlin project when we acquired all of Mega Uranium’s South American uranium assets in May 2010. This was just at the time that access to the property was becoming easier, thanks to Mega’s efforts and foresight, so we were able to get onto the ground and start exploration immediately after the acquisition,” Spencer says.

Convinced of Berlin’s extensive, diverse mineral potential, U3O8 Corp. set about doing initial metallurgical tests early on. This work culminated in a two-step process using a proven ferric leach method and a weak acid wash that showed high recoveries for the basket of commodities contained in the mineralised rock at the project.

In step one, a ferric leach tackles the calcite while also recovering a portion of the metals. In step two, the resulting low-carbonate residue from the first step is washed with hydrochloric acid—similar to swimming pool acid—and extracts 97 per cent of the uranium, 97 per cent of the phosphate and 79 per cent of the vanadium, as well as achieving good recoveries of a range of other elements.

“Extraction of the uranium, vanadium and phosphate is very efficient,” Spencer says.

“These three commodities make up about two thirds of the in situ value of the mineralised rock. Also, the rare earths are important contributors of the overall value of the rock; we’re excited to have recovered 96 per cent yttrium and 82 per cent neodymium.”

U3O8 Corp.’s results are significant having established a viable approach using proven technology to recover the principle commodities (uranium, vanadium and phosphate) as well as the other metals as potential by-products.

“Conceptually, from the metallurgical results so far it looks as though the other metals may more-or-less pay for the recovery of the uranium. That could make Berlin a potentially low-cost uranium project,” Spencer says.

“And from an environmental point of view, the fact that we’re getting these remarkable extractions is fundamental. This means that we have the potential to generate a clean waste product that has very low metal content.”

Additional work is underway to refine the parameters used in the ferric leach tests to optimize the efficiency of the process and further reduce reagent costs. Beneficiation tests are also being conducted, including flotation trials and the use of organic acid in which vinegar is used in an initial leach.

U3O8 Corp. is well on its way to demonstrating that the Berlin deposit could be of significant size, and its initial metallurgical tests show excellent recoveries that could make it a high-value multi-commodity project. Building on these positive results, 2012 is set to be another strong growth year at Berlin. One drill rig will focus on expanding the current resource towards the company’s target of 40-50 million of uranium at the project and a second rig will do exploration drilling over the 7.5 kilometres north of the resource area to demonstrate the potential of the entire property. A scoping study will also commence to evaluate its economics.

U3O8 Corp.’s Laguna Salada project contains an initial NI 43-101 inferred resource of 3.8 million pounds of uranium and 6.3 million pounds of uranium in the Indicated category, as well as potential co-product, vanadium. The project could not be simpler; the mineralisation lies within three metres of surface in soft unconsolidated gravel, and mining would involve no blasting or crushing.

Spencer says that by simply scooping up the pebbly gravel and putting it through an inexpensive sieve to screen out the pebbles, U3O8 Corp. has been able to concentrate the uranium-vanadium rich fine sand to grades of 620-670 parts per million of uranium, which is approaching the grades that are treated in similar deposits elsewhere in the world.

On September 21, 2011 just 15 months after acquiring the property, the company announced alkaline leach results on the uranium and vanadium-bearing gravels that included 94 per cent uranium and 51 per cent vanadium recovery with the best results achieved in only four hours of leaching.

Put simply, Laguna Salada could be an earth moving operation, making for a potentially low-cost mine. Road-building equipment could be used to mine the near-surface mineralisation that sits on flat top mesas that stand 10 metres proud of the surrounding plain. There would be negligible strip ratio. The gravel would be sieved to remove the pebbles and concentrate the mineralisation, and the uranium would be extracted using alkaline leach. Moreover, the property shows potential for further growth in the current resource.

“We have a uranium resource of about 10 million pounds reported last May and since then we’ve been exploring around the extensions of the resource area.

We believe we could double the resource in the short-term,” Spencer says.

“We’ve been exploring using a backhoe and trenching because the material is so soft that you can’t go deeper without the sides of the trenches collapsing.

We’re acquiring a specialised drill designed for soft unconsolidated gravel and this should be onsite in the first quarter of 2012. This vibrosonic drill will enable us to look at the continuity of grades in uranium-vanadium deeper down, and possibly expand the resource at depth as well as laterally in adjacent areas.”
U3O8 Corp. plans to increase the resource at Laguna Salada to 20-25 million pounds of uranium this year. Metallurgical test results have revealed the project’s amenability to low-cost, simple mining with good recoveries. And with an NI 43-101 resource defined, the project is ready to progress into a scoping study in 2012.

“In an ideal world, we’d drive hard on all three of our projects in Colombia, Argentina and Guyana. While the recent announcement of a $10 million bought deal will add to our treasury, we have to prioritise and the clear focus is on the high-value deposit developing on the Berlin Project,” Spencer explains.

“The simplicity and low-cost potential of the Laguna Salada Project ranks this project second. As the Kurupung Project in Guyana is emerging into a large uranium district, we’ve decided to focus on exploration drilling with the aim of setting up for aggressive resource growth in 2013.”

Comparable-type uranium deposits such as Paladin Energy’s Valhalla in Australia and Michellin in north-eastern Canada underscore the fact that these tend to be very large deposits. In fact, these albitite-hosted deposits tend to be in the neighbourhood of 60-130 million pounds of uranium, and U3O8 Corp. believes that the Kurupung has similar size potential.

“We’re busy with an update on the Kurupung resource on another two structures, [for] which estimates are due out by early March. This would see compliant resources grow to around 20 million pounds of uranium based on only four of the 10 structures identified to date. All of the structures are still open along trend and at depth, leaving considerable room for resource expansion,” Spencer says.

“In 2012, we’ll drive forward on exploration drilling in the Kurupung with the aim of finding more mineralised structures to add to our current inventory. Then we’ll move back to aggressive resource drilling in 2013.”

The way forward is clear for U3O8 Corp. in 2012: Continue drilling to grow the current resource at Berlin and drill into the northern part of the property to show the potential of the entire 10.5 kilometre trend and undertake a scoping study. For Laguna Salada, a similar growth path focuses on resource expansion and completion of a scoping study. In Guyana, further exploration is planned ahead of resource expansion in 2013. This focused strategy aims to see U3O8 Corp.

reach a targeted 70-80 million of uranium resources by the end of 2012. Given the milestones that the company’s aggressive approach has achieved in the past 18 months, each project promises to be a compelling story in its own right, led by Berlin’s remarkable development to date.

With a portfolio nearing 50 million pounds of uranium resources by March, not to mention resources in phosphate, vanadium, rare earths and other commodities, this company is establishing a track record of driving rapid resource expansion. It’s delivering on logical milestones on three strong projects while setting up for another year of rapid growth in 2012. U3O8 Corp. is fast breaking away from the pack of junior explorers into a handful of mid-tier uranium companies as the markets move to reflect its true value.