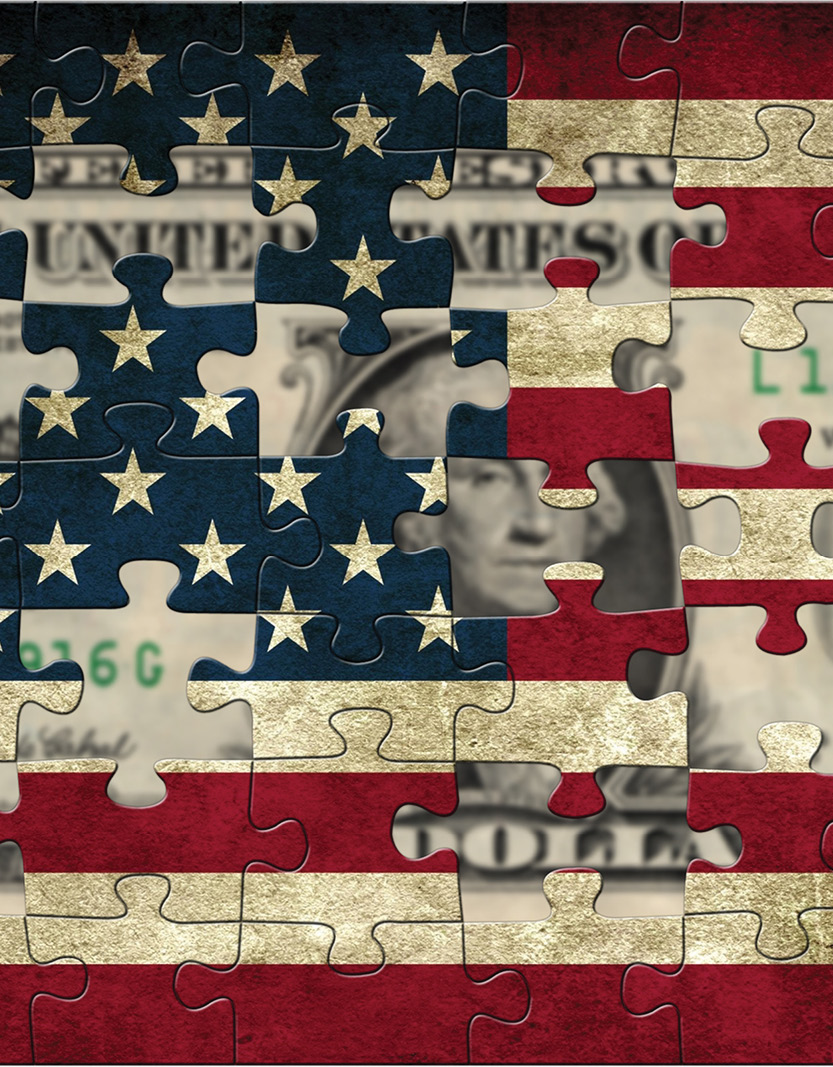 Four years after the end of the recession, the U.S. economic recovery remains slow, particularly relative to all other postwar-era recoveries in the United States.

Real gross domestic product (GDP) grew at an annualized rate of 1.7 per cent in the second quarter of 2013, up from 1.1 per cent in the January-to-March period. The biggest restraint on growth this year is largely self-inflicted, most notably the significant payroll tax increases that took effect in January and the automatic deep cuts to federal spending which began in March after Congress failed to reach a deficit-reduction deal.

The good news: Some of the headwinds that have held back the economic recovery — low consumer confidence, a weak job market, a severely depressed housing market and tight credit conditions — have diminished, setting the stage for stronger growth over the second half of 2013 and in 2014.

American consumers are more upbeat and not without reason. Thanks to improving labour market conditions, recovering real estate values and this year’s impressive rally in U.S. equity markets, many are feeling wealthier and more confident about making big purchases. New home sales vaulted to a five year high in June and existing home sales rose to a 3 ½-year high, while auto sales are on track for the best year since 2007.

Businesses also appear to have more confidence in the economy. In the second quarter they accelerated spending on both equipment and structures. Forward-looking indicators have also turned up. New orders for core capital goods — a closely watched proxy for business investment plans — are at their highest level on record.

The U.S. economy added roughly 192,000 net new jobs per month in the first seven months of 2013, marking the best stretch of hiring to start a year since 2006. As of July 2013, 6.7 million (or 77 per cent) of the 8.7 million net jobs lost during the most recent employment downturn had been recovered.

An improving job market has been an important factor in supporting income growth, confidence and spending power.

Still, as U.S. Federal Reserve Chairman Ben Bernanke noted, “the jobs situation is far from satisfactory.” Approximately 11.5 million Americans are looking for work, and while the number of long-term unemployed (those jobless for 27 weeks or more) has declined by close to 1.0 million over the past year, it is still too high at 4.2 million. These individuals account for 36.9 percent of the unemployed.

Another 8.2 million workers are classified as “part-time for economic reasons” meaning their hours have been cut back or they are unable to find a full-time job.

Additionally, the national unemployment rate is still well above levels prevailing prior to the recent recession — in December 2007 it was 5.0 per cent and it had been at or below that rate for the previous 30 months.

A resurgent housing sector is serving as a key anchor to the U.S. economic recovery. Home sales, house prices and residential construction have accelerated, supported by pent-up demand, low mortgage rates and improved confidence in both the housing market and the economy. A very tight supply of unsold homes and strong investor purchases are contributing to the rise in prices.

Approximately 1.7 million homeowners with mortgages have regained positive equity over the past year after the sharp rise in home prices. This positive wealth effect has undoubtedly contributed to the improvement in consumer confidence and has bolstered access to credit and consumer spending.

Looking ahead, thinning inventories of unsold homes and significant pent-up demand point to a further pick up in residential construction activity.

U.S. Household Net Worth At An All-Time High

Americans have made great progress in repairing their balance sheets. Total household debt has been reduced by $1 trillion since 2008.

Many Americans are feeling richer and are more likely to spend — what economists refer to as the “wealth effect.” This bodes well for the recovery going forward because consumer spending is a major driver of the U.S. economy, accounting for roughly 70 per cent of U.S. GDP.

In the business sector, strong balance sheets have contributed to solid credit quality. Banks have generally eased standards and pricing terms for commercial and industrial loans to firms of all sizes and demand for such loans has strengthened — a signal that businesses are poised to make further investments in plants, equipment and inventories. Credit standards have also eased on commercial real estate loans and banks have experienced stronger demand for such loans. Some indicators of borrowing conditions for small businesses have also improved since the end of 2012.

The easing of lending conditions, low cost of capital and strong financial position of corporations will continue to support business investment going forward.
Consumer credit, including auto and student loans, is increasing at a robust pace. Demand has also increased for prime mortgage loans. In general, banks are moving more slowly to ease their standards on consumer loans. Credit conditions remain relatively tight for households with lower credit scores and especially for such households seeking mortgage loans.

Fiscal policy at the federal level tightened significantly in the first half of 2013. The expiration of the 2 percentage-point payroll tax cut in January, the enactment of other tax increases, the effects of budget caps on discretionary spending and the onset of mandated government spending cuts (i.e. sequestration) in March have dragged on the economy.

Federal government cuts in areas other than defense spending subtracted only a tenth of a percentage point from GDP growth in both the first and second quarters.

These developments suggest that cuts to federal spending were frontloaded and that growth should pick up over the next several quarters as the fiscal drag subsides.

Factors that had hindered growth — low consumer confidence, a weak job market, a severely depressed housing market and tight credit conditions — have turned the corner. The U.S. economy has some momentum and a stronger recovery should materialize in the second half of 2013 and into 2014.

Improving economic conditions south of the border should stimulate demand for Canadian exports, in particular, lumber, raw materials and consumer durables (related to rising homebuilding activity in the U.S.), machinery and equipment (as business investment picks up), and autos (where there is considerable pent-up demand). A weaker Canadian dollar — expected to gravitate towards US$0.95 after averaging around parity against the U.S. dollar over the past two and a half years — will also help exporters.

Indirectly, the ramp-up in U.S. economic activity will be a positive for Canada’s business sector confidence, supporting stronger investment and expansion of productive capacity here at home.