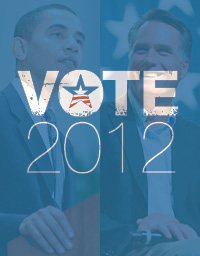 Temkin Group, a leading market research and consulting firm that helps organizations improve their customer experience, has released research showing that U.S. President Barack Obama has a larger number of promoters than Mitt Romney. Using a customer experience metric called Net Promoter Score (NPS), Temkin Group examined how likely consumers are to recommend the candidates to their friends and colleagues.

Temkin Group surveyed 5,000 U.S. consumers in August, asking about their attitudes towards both President Obama and Romney. The research shows that Obama and Romney have very low levels of NPS: minus 67 per cent for Romney and minus 33 per cent for Obama. Both candidates have more than twice as many detractors – consumers that are not likely to recommend them – as they do promoters – consumers that are very likely to recommend them.

“Obama has many more promoters than Romney, but both have pretty dismal levels of NPS,” states Bruce Temkin, Managing Partner of Temkin Group. “If a company had these levels of NPS they’d be in trouble and likely be shedding customers to their competitors.”

The research also examined NPS across consumer demographic segments. Here are some of the findings from that analysis:

Obama has a more sizable lead with females than with males.

Both candidates have about the same support from Caucasians, but Obama has more than a two-to-one advantage with Asians, Hispanics, and African-Americans.

The gap with African-Americans is immense. With this group, Obama has an NPS of plus 39 per cent while Romney’s is minus 87 per cent.

Obama’s advantage is about the same for consumers with or without college degrees.