CBJ — Uber may get points for honesty, but a failing grade in brand promotion after the ride-hailing service admitted it may never turn a profit. All this comes at a time when it is putting in its IPO filing with U.S. regulators.

Uber Technologies has an estimated 91 million users, but growth is slowing and the company says it may never earn a profit. It’s an admission that’s not going to fill investors with optimism.

The idea for the ride-hailing service initially took hold about a decade ago when its co-founders found it difficult to track down a taxi cab on a cold winter’s night.

There had been rapid growth in the last three years but a string of public scandals and increased competition from rivals such as Lyft have muddied the waters.

The filing with the U.S. Securities and Exchange Commission revealed Uber had 91 million average monthly active users on its platforms, including for ride-hailing and Uber Eats, at the end of 2018. That is a 33.8% increase from 2017, but growth slowed from 51% a year earlier.

Investment bankers had previously told Uber it could be worth as much as $120 billion.That financial figure has now been significantly downgraded. 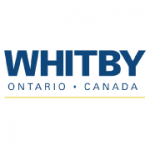