THIS NEWS RELEASE IS NOT FOR DISTRIBUTION TO U.S. NEWSWIRE SERVICES OR FOR DISSEMINATION IN THE UNITED STATESSASKATOON, Saskatchewan, Nov. 29, 2019 (GLOBE NEWSWIRE) — UEX Corporation (TSX:UEX) (“UEX” or the “Company”) is pleased to announce that it closed its previously announced $1.5 million non-brokered private placement (the “Offering”). The Company issued 12,800,000 common shares that qualify as “flow-through shares” for the purposes of the Income Tax Act (Canada) (“Flow-Through Common Shares”) at a price of $0.125 per Flow-Through Common Share of the Company for aggregate gross proceeds to the Company of $1.6 million.
The gross proceeds from the sale of the Flow-Through Common Shares will be used to incur “Canadian exploration expenses” which qualify as “flow-through mining expenditures” (within the meaning of the Income Tax Act (Canada)) (“Qualifying Expenditures”) related to UEX’s projects in Saskatchewan. The Company will renounce these expenses to the purchasers with an effective date of no later than December 31, 2019.The securities issued by UEX in connection with the Offering are subject to a four month plus one day “hold period” as prescribed by the Toronto Stock Exchange and applicable securities laws.This press release does not constitute an offer to sell or a solicitation of an offer to buy any of the securities in the United States. The securities have not been and will not be registered under the United States Securities Act of 1933, as amended (the “U.S. Securities Act”), or any state securities laws and may not be offered or sold within the United States or to or for the account or benefit of a U.S. person (as defined in Regulation S under the U.S. Securities Act) unless registered under the U.S. Securities Act and applicable state securities laws or an exemption from such registration is available.About UEXUEX (TSX:UEX, OTC:UEXCF.PK, UXO.F) is a Canadian uranium and cobalt exploration and development company involved in eighteen uranium projects, including seven that are 100% owned and operated by UEX, one joint venture with Orano Canada Inc. (“Orano”) and ALX Uranium Corp. (“ALX”) that is 50.1% owned by UEX and is under option to and operated by ALX, as well as eight joint ventures with Orano, one joint venture with Orano and JCU (Canada) Exploration Company Limited, which are operated by Orano, and one project (Christie Lake), that is 60% owned by UEX with JCU (Canada) Exploration Company Limited which is operated by UEX.The Company is also involved in three cobalt-nickel exploration projects located in the Athabasca Basin of northern Saskatchewan.  The 100% owned West Bear Project was formerly part of UEX’s Hidden Bay Project and contains the West Bear Cobalt-Nickel Deposit and the West Bear Uranium Deposit.  UEX also owns 100% of two early stage cobalt exploration projects, the Axis Lake and Key West Projects.The twenty-one projects are located in the eastern, western and northern perimeters of the Athabasca Basin, the world’s richest uranium belt, which in 2017 accounted for approximately 22% of the global primary uranium production.  UEX is currently advancing several uranium deposits in the Athabasca Basin which include the Christie Lake deposits, the Kianna, Anne, Colette and 58B deposits at its currently 49.1%-owned Shea Creek Project (located 50 km north of Fission’s Triple R Deposit and Patterson Lake South Project, and NexGen’s Arrow Deposit) the Horseshoe and Raven deposits located on its 100%-owned Horseshoe-Raven Development Project and the West Bear Uranium Deposit located at its 100%-owned West Bear Project.FOR FURTHER INFORMATION PLEASE CONTACTRoger Lemaitre
President & CEO
(306) 979-3849Forward-Looking InformationThis news release contains “forward-looking statements” within the meaning of Canadian securities legislation. Such forward-looking statements concern the net proceeds from the Offering, the intended use of proceeds, and the renunciation of Qualifying Expenditures. Such forward-looking statements or information are based on a number of assumptions, which may prove to be incorrect. Assumptions have been made regarding, among other things: conditions in general economic and financial markets; timing and amount of Qualifying Expenditures incurred; and effects of regulation by governmental agencies. The actual results could differ materially from those anticipated in these forward-looking statements as a result of the risk factors including: the availability of funds; the timing and content of work programs; results of exploration activities of mineral properties; the interpretation of drilling results and other geological data; general market and industry conditions; and failure to incur Qualifying Expenditures. Forward-looking statements are based on the expectations and opinions of the Company’s management on the date the statements are made. The assumptions used in the preparation of such statements, although considered reasonable at the time of preparation, may prove to be imprecise and, as such, readers are cautioned not to place undue reliance on these forward-looking statements, which speak only as of the date the statements were made. The Company undertakes no obligation to update or revise any forward-looking statements included in this news release if these beliefs, estimates and opinions or other circumstances should change, except as otherwise required by applicable law.
CBJ Newsmakers 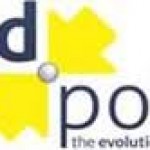 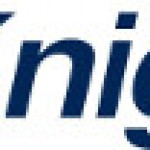