UFC 129 brings revenue to the ring 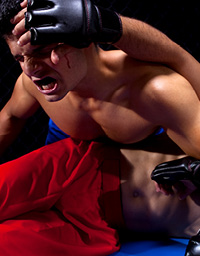 On April 30, fans got what they had been waiting for, with GSP defending his welterweight belt at UFC 129 at the Rogers Centre.

Last year, the UFC argued to the provincial government that the organization would bring great economic rewards to Ontario, just as it had for Quebec and British Columbia.

“What we have seen across Canada and the U.S. is that there is an economic boost for communities that host MMA events,” Minister of Consumer Affairs Sophia Aggelonitis told CBJ at the time. “One of the numbers that I have seen is 30,000 fans can generate up to $4 to $6 million for the host community. The event itself will not only generate income for the host community but also for local restaurants and hotels for the day of the event.”

The popularity of the event has exceeded those initial estimations tenfold. The UFC will deliver on its promise of economic benefits to the province. UFC Canada Commissioner Tom Wright tells CBJ that there will be “significant tax revenue between $30 million to 40 million.”

“There is a ton of excitement, it’s really quite remarkable,” Wright says. “And we have so many things planned for fight week leading up to the event. Toronto is going to be a rocking city.”

“There will be 12 fights, and 10 of them will have Canadians fighting,” Wright says, adding to the draw of the event. “And a Canadian is fighting in each co-main event (GSP for the welterweight championship, and Marc Hominick from Thamesford, Ont., in the featherweight championship).”

“[The event] sold out extremely quickly,” Wright says. “The first round of tickets went to our fight club members and that sold 42,000 tickets in 15 minutes.”

“The next tickets were sold to our newsletter list, and those tickets sold out in literally a minute, and we had a public sale and they sold out in less than 10 minutes.”

Tax revenues won’t just come from ticket prices. “We are full or close to our 800 capacity for UFC events,” said Bobby Smith, General Manger of the popular sports bar The Loose Moose in downtown Toronto. Wright echoes Smith’s sentiments, saying, “Restaurants, hotels, taxis, all the multiplier effect industries will be generating revenue.” And with tickets being in such high demand, pay-per-view revenue will be in the millions.

MMA is already considered by some to be the second most popular sport in Canada, next to hockey, and now, legalizing the sport in Ontario will start to pay off.