TORONTO and MEXICO CITY, Dec. 11, 2020 (GLOBE NEWSWIRE) — The United Food and Commercial Workers Union (UFCW Canada) held a virtual press conference on Thursday, December 10 to present Mexican officials, policy leaders, and members of the media with the union’s Status of Migrant Farm Workers in Canada report, and to call for urgent reforms to Canada’s Temporary Foreign Worker Program (TFWP).At the conference, UFCW Canada National President Paul Meinema outlined recommendations from the 46-page report that could help improve the TFWP, reduce the vulnerability of migrant farm workers labouring in Canada, and provide migrant workers with pathways to permanent residency. President Meinema explained that the report’s 14 recommendations are based on direct input from migrant agricultural workers, as well as UFCW’s thirty years of advocacy on behalf of these workers.A key recommendation that would drastically improve the working conditions and living standards of migrant farm workers is making union representation an essential and fundamental aspect of the TFWP, Meinema told the conference attendees. To read the full Status of Migrant Farm Workers in Canada report, click here.Every year, tens of thousands of migrant agricultural workers come to Canada from Mexico and other countries to grow, harvest, and process Canadian food products. However, despite their tremendous contributions to Canada’s food sector, some migrant workers experience mistreatment by employers and endure other forms of abuse.“We know from our three decades of advocacy that highly vulnerable and precarious migrant workers are essentially unable to exercise their so-called rights when facing exploitative and abusive treatment by employers,” Meinema said. “And that is why UFCW Canada is calling on the Government of Canada to institute a proper representation model for the TFWP, whereby migrants are properly protected by strong and established labour unions like UFCW Canada.”During the online conference, participants also heard from Mexican migrant farm worker Alvaro Gutierrez, who spoke about the immense challenges he has faced while working in Canada during COVID-19, as well as the numerous health and safety concerns that the coronavirus has presented for migrant agricultural workers.“The Mexican government’s recent decision to stop sending workers to Canada out of fear that their health and safety might be at risk highlights the fact that Canada needs to do a much job better of protecting workers enrolled in the TFWP,” said UFCW Canada Western Regional Director Pablo Godoy, who also presented at the press conference. “Unions like UFCW have been playing a major role in helping to protect migrant workers in Canada, but access to union representation is essential to fully realizing the aims of this work.”Mexican officials who attended the conference and who expressed their gratitude for UFCW Canada’s work on behalf of migrant farm workers, while also acknowledging the need for increased protections for migrant workers, included:Congressman Max Agustin Correa Hernandez, Local Representative of the State of Mexico and General Secretary of the Central Campesina CardenistaLeticia Maki Teramoto Sakamoto, General Director for the Protection of Mexicans Abroad of the Foreign Affairs MinistryJose Antonio Corona Yurrieta, General Director of Employment and Productivity of the Secretary of Labour of the Government of the State of MexicoCongresswoman Violeta Nova Gomez, representative of the southern districts of the state of MexicoCongressman Julio Alfonso Hernandez Ramirez, President of the Human Rights Commission of the Congress of the State of MexicoCongressman Jorge GarciaCosme Amaro, Secretary of Agricultural Workers of the Central Campesina CardenistaFor more than three decades, UFCW Canada has worked in collaboration with the Agriculture Workers Alliance (AWA) to lead the fight for migrant workers’ rights. To learn more about this important work, visit UFCW Canada’s Agriculture Workers website.UFCW Canada is the country’s leading private sector union, representing more than 250,000 union members across Canada working in food retail and processing, transportation, health care, logistics, warehousing, agriculture, hospitality, manufacturing, and the security and professional sectors. UFCW is the country’s most innovative organization dedicated to building fairness in workplaces and communities. UFCW Canada members are your neighbours who work at your local grocery stores, hotels, car rental agencies, nursing homes, restaurants, food processing plants, and thousands of other locations across the country. To learn more about UFCW and its ground-breaking work, visit www.ufcw.ca.Contact Information:
Pablo Godoy
UFCW Canada
403-542-2366
[email protected]
www.ufcw.ca/awa 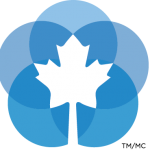 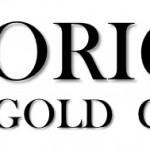