Union calls on Feds to provide much needed assistance to airports

OTTAWA, April 08, 2020 (GLOBE NEWSWIRE) — The union representing the majority of Canadian airport authorities, Union of Canadian Transportation Employees (UCTE), is in full support of the request by the Canadian Airports Council’s (CAC), who represents the Canadian airports, for government assistance but this assistance should not come without conditions.
On March 19, 2020, the CAC had requested 3 things: financial relief for reduced cash flow by initiatives; rent relief for at least 1 year; and regulatory flexibility and funding.“The federal government has taken steps in the right direction with announcements about the Canada Emergency Wage Subsidy program and offering 9 months of rent relief for those applicable airport authorities but it is not enough,” said Dave Clark, UCTE National President.Airports have been asking for arrival duty-free shopping for decades. The time is now to allow creative revenue generating opportunities at no-cost to the federal government. These creative ideas would allow airport authorities to come out of this ordeal in a healthier position then when they started.In a country as vast as Canada, they are essential to the movement of people and goods. Furthermore, Canada’s airport authorities are unique in that, as a non-profit corporation, they must reinvest back into the communities in which they exist. According to CAC, this equates to more than $45 billion in economic activities.But airports should not be given a blank cheque. Airport Authorities must rescind the layoffs that they recently announced to show that they support their own workers while receiving the assistance. “It’s time for the airport authorities to step up for their own workers,” said Clark. “We support their request for government assistance, but it shouldn’t be unconditional.”The union noted that other employers like Air Canada have already moved to re-hire workers based on the federal government’s plans to pay for 75% of employees’ salaries for hard-hit businesses. “We call on the airport authorities to be the best employers that they claim to be and follow the lead of these companies who have put their workers at the top of their priority list,” said Clark.UCTE represents approximately 2,500 operational, maintenance, firefighter and administrative workers at most airport authorities across the country.For more information:Lira Buschman
613-558-4003
CBJ Newsmakers 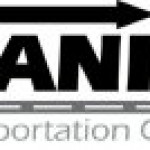