VIEW BROCHURE
The best in quality craftsmanship in the piping trades

The United Association of Journeymen and Apprentices of the Plumbing and Pipefitting Industry of the United States and Canada (UA or United Association) is a North American labour union representing about 330,000 workers from 300 Locals in the plumbing and pipefitting industries throughout the United States and Canada. With more than 125 years of experience UA Canada is one of the most established, well-respected trades unions in the country.

As of January, 2017, Steve Morrison took the leadership helm as UA Canada’s International Vice President, Director of Canadian Affairs taking over the reins from John Telford, who is now retired.

UA serves as a collective voice for workers throughout the negotiation and collective bargaining process with employer contractor groups, such as the Mechanical Contractors Association of Canada and the Provincial Mechanical Contractor Associations. The UA is also a key member of the Building and Construction Trades Department, the AFL-CIO, and the Canadian Federation of Labour.

The United Association has been training qualified pipe tradespeople longer than any other union in the industry and is widely regarded as being the best at it. It’s a high-quality training regimen that is second to none, including labour-intensive five-year apprenticeship programs, extensive journeyman training and continuously updated organized instructor training and certification programs. In fact, UA spends upwards of $250 million dollars on training every year.

As an industry trendsetter, the UA had the first nationally registered Joint Apprenticeship program dating back to the 1930s. It’s operated in both in the U.S. and here in Canada. Every Local union has a joint apprenticeship training committee comprised of contractors and union members.

An integral part of training comes from The National Association of Union Schools and Colleges (NAUSC), which is incorporated as a national not for profit corporation and includes three regional associations in the Western, Central, and Eastern areas of Canada. NAUSC defines a truly national organization that represents more than 55,000 members and at this time 30 local union training schools and colleges across the country.

The UA Instructor Online Resources are provided to enable UA local union HVACR Service, Plumbing, Pipefitting, and Sprinkler Fitting Training Coordinators and Instructors the ability to share quality standardized instructional resources. These resources are only available to local union Training Coordinators and Instructors. The UA demands its apprentices have a Grade 12 education, including maths and sciences, which are necessary in order to pass trades school and the Certificate of Qualification exams towards becoming a tradesman.

The executives at UA strongly encourage all members to get involved in the political and legislative process, because it is vitally important as a means of ensuring the stability of the industry right now and in the future. In fact, UA created this page to enable its members to become more involved in helping to shape their own futures. Members who are interested in such interaction can find out more at http://www.uagetinvolved.org/

The UA staunchly believes strongly in targeting the youth of today because it is that future generation that will be the leaders in years to come. UA is a major supporter of Skills Canada National Competition, the only national, multi-trade and technology competition for students and apprentices in the country. About 500 young people from all parts of the country come to SCNC to participate in more than 40 skilled trade and technology competitions.

By providing a forum where youth can compete at the national level, SCNC provides hands-on work experience related to skilled trade and technology careers. Through these competitions, Skills/Compétences Canada also seeks to raise awareness about skilled trade and technology sectors to Canadian youth and their influencers. Students must compete at local, regional and provincial/territorial events in order to represent their province/territory at SCNC. This year’s event was held in Winnipeg from May 31 thru June 3. In addition to the actual competitors, more than 10,000 student visitors attended SCNC, the most ever registered for the national competition.

UA has been supporting SCNC for the past six years and were responsible for bringing in a steamfitter testing program, which has been very well received.

UA Canada holds its own competition every year as well, with the end result being a top apprentice being recognized for each skilled trade. Those winners then go on to the International Competition in Ann Arbor, Michigan each year where the top apprentices in all disciplines are crowned as UA champions.

There has been a conscious effort by the executive team in Canada to consolidate operations over the past decade, which has meant amalgamating about 13 former Locals with others.

Many of UA Canada’s Local unions have not only met but surpassed expectations in the projects they have worked on. UA has always managed to land plenty of work because they’ve earned the respect and trust of corporate decision-makers.

The executives at UA are blissfully aware that the union must always continue to evolve and embrace new methodologies in order to remain a key player and succeed in the piping industry.

UA Canada has a number of important affiliations including the Canadian Labour Congress and the Canadian Building Trades, the latter of which has become a major driving force for the union.

Examples of success point to Newfoundland where UA negotiated two large offshore drilling rigs and project labour agreements that are 100% union. Another victory was at the Vale Inco nickel smelter at Long Harbour.

UA will draw workers from as far as the east coast and sometimes will recruit members from the U.S. for exceptionally large jobs. UA membership is very mobile with an ability to muster up 4,000 to 5,000 people in a matter of weeks if there is a major job that requires immediate action. Companies have come to rely on UA’s ability to quickly supply them with well-trained, skilled people.

Another core advantage is the diversity of the UA membership. It would not be a stretch in the same year for a UA member to work on a commercial site – maybe a strip mall – and then, after being laid off, travel to the Bruce nuclear power plant and finally finish up the year on a scheduled shutdown in Alberta.

UA is known within the piping industry for attracting the best welder in the country, which is a vital necessity when working on projects such as TransCanada’s Energy East pipeline. A good deal of the pipeline already exists, with the plan to transport oil from Alberta to refineries and port terminals in Quebec and New Brunswick.

UA has always been an industry leader when it comes to the health and safety of its workers.

Whether it’s a pipeline or construction of a new hospital, safety takes precedence and the UA has many programs in place to ensure all workers are up to speed on knowledge in that regard. Consistently excellent safety records and efficient productivity are what companies expect when dealing with tradespeople.

Plumbing, steamfitting and welding account for most of the jobs at UA, however, other trades are significant in size as well. Many plumbers also have steamfitter tickets, which gives them a great deal of resiliency and provides many more opportunities for jobs.

More than a decade ago it was commonplace for someone in construction to be away from home for three to six months at a time in order to make the financial benefits worthwhile. Now, workers stationed in places like the oil sands (Fort Mac) are flying home to see their families on a much more regular basis. They live in camp and work 10 to 12 hours per day for about 14 days, and then typically get seven days off. Telford makes a defined point of noting that all UA Canada camps are dry. Drinking and drugs are strictly prohibited.

There continues to be engagement by UA to entice more women and First Nations people to consider joining the organization as a career. It’s been made very clear that opportunity is there for anyone who wants to dedicate themselves to this line of work.

The UA pays for a program in Edmonton called Trade Winds whereby the union bring 16 to 20 First Nations applicants into the union hall where they are put on a six to eight-week program to show them a bit about each and every trade. At the end of program, each individual’s strengths will be assessed to where they are best suited to be a crane operator, or a welder as example.

UA Canada has played an integral role in the construction of virtually all the major hospitals built in Toronto over the past 30 years including Princess Margaret. UA workers have built every hydro station in Ontario as well as Darlington and the Bruce nuclear plant. They are all 100% union built. UA also does the vast majority of the auto industry builds as well.

As the most established trades union in Canada there are still areas where UA has potential for growth in sectors such as heavy and light industrial, commercial, institutional, HVAC, sprinkler, residential, service and maintenance, industrial maintenance, pipeline, pipeline distribution and fabrication and even shipbuilding, which has made somewhat of a comeback in recent years.

The UA has about $7.5 billion in pension funds and every Local union has a health and welfare plan for all their members and their families. All the money is members’ contribution.

UA Canada is now – and always has been – intimately involved with a number of charities and many members generously donate their time for events in their communities. In addition to the charitable work, UA is closely aligned with a program called Helmets to Hardhats, which transitions former military personnel into the workforce. Many of these people are into their 40s, having had 20-year military careers.

The piping trades provide people with an excellent opportunity to develop a life-long career with excellent remuneration and benefits.

Professional, productive and safe; UA is a trades union that members can truly be proud to say they work with in building a better Canada. 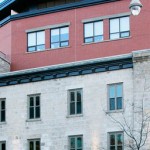 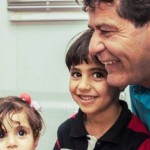 Unifor: a Union for Everyone