TORONTO, June 05, 2020 (GLOBE NEWSWIRE) — This release was previously disseminated on June 3, 2020 at 17:00 ET. The address “33 Davisville Avenue” has been added to the first paragraph, along with additional information regarding the purchase price of the operating lease buyout. The complete and corrected release follows.Canadian Apartment Properties Real Estate Investment Trust (“CAPREIT”) (TSX:CAR.UN) announced today that it has agreed to prepay the buyout of eight operating leases for properties in Toronto, which are expected to close by June 30, 2020.  The properties are located at 88 Isabella Avenue, 30 Livonia Place, 500 Murray Ross Parkway, 10 San Romanoway, 411 Duplex Avenue, 77 Huntley Street, 33 Orchardview Boulevard and 33 Davisville Avenue. CAPREIT has executed binding agreements for these operating lease buyouts, other than for the one located at 33 Orchard View Boulevard, which remains conditional but is expected to close. The aggregate purchase price for the eight operating lease buyouts is approximately $123 million.
CAPREIT previously closed the early buyout of three of its operating leases in Toronto located at 20 Shallmar Avenue, 124 Broadway Avenue and 111 Davisville Avenue for approximately $31 million. When completed, CAPREIT will have successfully converted eleven of its fifteen operating lease properties to traditional fee simple ownership interests.The aggregate purchase price for the eleven operating lease buyouts is approximately $154 million, representing a 29% discount to the aggregate purchase price for the buyouts set out in the respective operating leases, which buyouts would have been exercisable beginning in 2024.  The operating lease buyouts are expected to be financed by a draw on CAPREIT’s Acquisition and Operating Facility.  CAPREIT expects to replace the draw with mortgage financing in the near-term.  In addition, the vendors of the eight operating lease buyouts announced today have the right to elect to receive Class B LP units in CAPREIT Limited Partnership (“Class B LP Units”) for all or part of the proceeds. The Class B LP Units, which are exchangeable into CAPREIT trust units on a 1-for-1 basis, will be issued at an agreed upon price of $48.00 per Class B LP Unit.CAPREIT estimates that the eleven operating lease buyouts will result in an increase in fair market value in excess of approximately $300 million, which, after deducting the cost of prepaying the operating lease buyouts, represents a net fair value gain of over $150 million, of which $130 million has been previously recognized by CAPREIT. The operating lease buyouts are expected to provide CAPREIT with significant additional financing capacity due to the anticipated increase in fair market value of the eleven properties, the current low leverage on these properties, as well as the elimination of lending restrictions applicable to the operating lease structure.  CAPREIT expects that the fee simple properties could have incremental mortgage capacity of over $500 million, above the amount of mortgages currently outstanding on the properties.The impact of the cost of the eleven operating lease buyouts on CAPREIT’s NFFO per unit is expected to be marginally dilutive due to the increased interest costs on its Acquisition and Operating Facility and ultimately long-term mortgage financing, as well as the number of Class B LP Units that are expected to be issued. Over the course of the next few years, CAPREIT will evaluate prepaying the buyouts on its remaining four operating leases, which have contractual buyout periods commencing between 2024 and 2028. “The acquisition of fee simple interests in these premium Toronto apartment properties adds material incremental financial capacity, provides meaningful NAV accretion, unlocks potential for accretive development opportunities, and simplifies CAPREIT’s balance sheet,” commented Mark Kenney, President and CEO.ABOUT CAPREITCAPREIT is one of Canada’s largest real estate investment trusts. CAPREIT owns approximately 56,800 suites and sites, including townhomes and manufactured housing sites, in Canada and, indirectly through its investment in ERES, approximately 5,600 suites in the Netherlands. CAPREIT manages approximately 60,900 of its own suites and sites in Canada and the Netherlands, and additionally, approximately 3,700 suites in Ireland. Since its Initial Public Offering in May 1997, CAPREIT has grown monthly cash distributions per Unit by 93%. For more information about CAPREIT, its business and its investment highlights, please refer to our website at www.caprent.com or www.capreit.net and our public disclosure at www.sedar.com.CAUTIONARY STATEMENTS REGARDING FORWARD-LOOKING STATEMENTS
All statements in this press release that do not relate to historical facts constitute forward-looking statements. These statements represent CAPREIT’s intentions, plans, expectations and beliefs and are subject to certain risks and uncertainties that could result in actual results differing materially from these forward-looking statements. These risks and uncertainties are more fully described in regulatory filings that can be obtained on SEDAR at www.sedar.com.For more information, please contact: 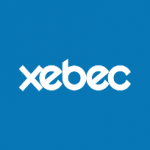