Vaughan, Ontario, Feb. 03, 2021 (GLOBE NEWSWIRE) — Empire Communities, one of North America’s largest privately held homebuilders, has acquired Shea Homes North Carolina, expanding its growing U.S. presence to include Charlotte, one of the fastest growing cities in America (Shea Homes North Carolina is not affiliated with the national homebuilder Shea Homes Limited Partnership).Founded by cousins Gil, Mike, John and Ed Shea, Shea Homes North Carolina has a long-standing history of building quality homes since the early 1990’s. Currently building in 13 Charlotte area communities, Shea Homes North Carolina offers innovative designs for townhomes and single-family homes (priced from the $300k’s to $1 mm+) with particular attention paid to livability and flexibility for every stage of life. All communities will transition to the Empire brand early in 2021.“Empire continues to be a company deeply rooted in the values of our C.A.R.E. principles. Care for our customers, demonstrating a caring attitude, care for our relationships and caring for excellence,” says Andrew Guizzetti, Executive Vice President and Co-Founder of Empire Communities. “By growing thoughtfully, we have been able to maintain the family owned and operated feel that is at the foundation of our values.”Empire plans to retain Shea’s existing management structure with its approximately 83 employees. Gil Shea and Mike Shea will continue to oversee the Charlotte market.“It was important to us to be able to maintain a family owned and operated feel, and after operating for over 27 years in this manner our people and the culture we have created is at the core of who we are,” says Gil Shea, Regional President. “We see great synergies with Empire’s corporate culture and thoughtful growth strategy and are confident that the feeling of pride and passion our employees possess will remain unchanged.”“Our goal has always been to bring a level of sophistication and quality with every home that we build, whether part of the Shea custom line or an entry level home our commitment to detail and quality are always the same,” says Mike Shea, Executive Vice President. “With Empire’s strong financial resources we will be able to maintain this level of quality and commitment while leveraging off of deep local relationships that will position us for future growth opportunities in the North Carolina market.”Canadian-based Empire Communities launched its U.S. Homebuilding Division in 2016 in Houston and now builds and develops in over 90 intown and suburban communities in Houston, Austin, San Antonio, Atlanta, and Charlotte, as well as the Greater Toronto Area and Southwestern Ontario.Over the last 27 years, Empire has built more than 22,000 new homes and condominiums, offering a varied selection of home designs with thoughtful exterior and interior finishes in some of North America’s fastest-growing markets.Builder Advisor Group served as financial advisor to Shea Homes North Carolina in this transaction.EMPIRE COMMUNITIESEmpire Communities (empirecommunities.com) is a residential homebuilder involved in all sectors of the new home building industry, including both low‐rise and high‐rise built forms. Celebrating 27 years of building inspiring new places to live, Empire has an established tradition of creating prestigious award-winning new homes, communities and amenities and has earned a reputation for outstanding attention to detail and customer service. Since its inception in 1993, Empire has built over 22,000 new homes and condos. Today, Empire is one of the largest privately held homebuilders in North America with current communities in Toronto, Southwestern Ontario and the Southern United States. Daniela Tirone
Empire Communities
4166273896
[email protected] 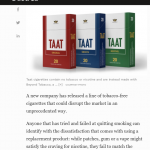 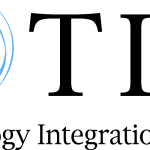