CBJ — Social media giant Facebook reported slightly slower-than-expected growth in daily active users in the latest quarter and said changes made to the News Feed reduced the time spent by users by about 50 million hours every day.

Mark Zuckerberg’s company said about 1.40 billion people were using its service daily as of Dec. 31, up almost 15% from a year earlier.

Facebook had warned earlier this month that user engagement would take a hit in the near term from attempts to tweak its flagship News Feed feature.

“Already last quarter, we made changes to show fewer viral videos to make sure people’s time is well spent,” Zuckerberg said in a statement.

The company also plans to highlight “trustworthy” news in the feed following allegations that Russian operatives and others spread false reports on the site, particularly during the 2016 U.S. Presidential election. The phrase “fake news” has become mainstream over the past 18 months with many more people now questioning online and traditional media sources as to what is real and what is fiction.

The change to the News feed is set to decrease the amount of news on Facebook to about 4% of all content from 5%. 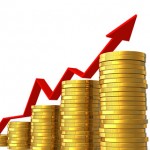 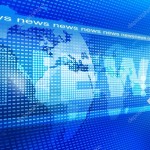 Thomson Reuters Part of $25B Deal