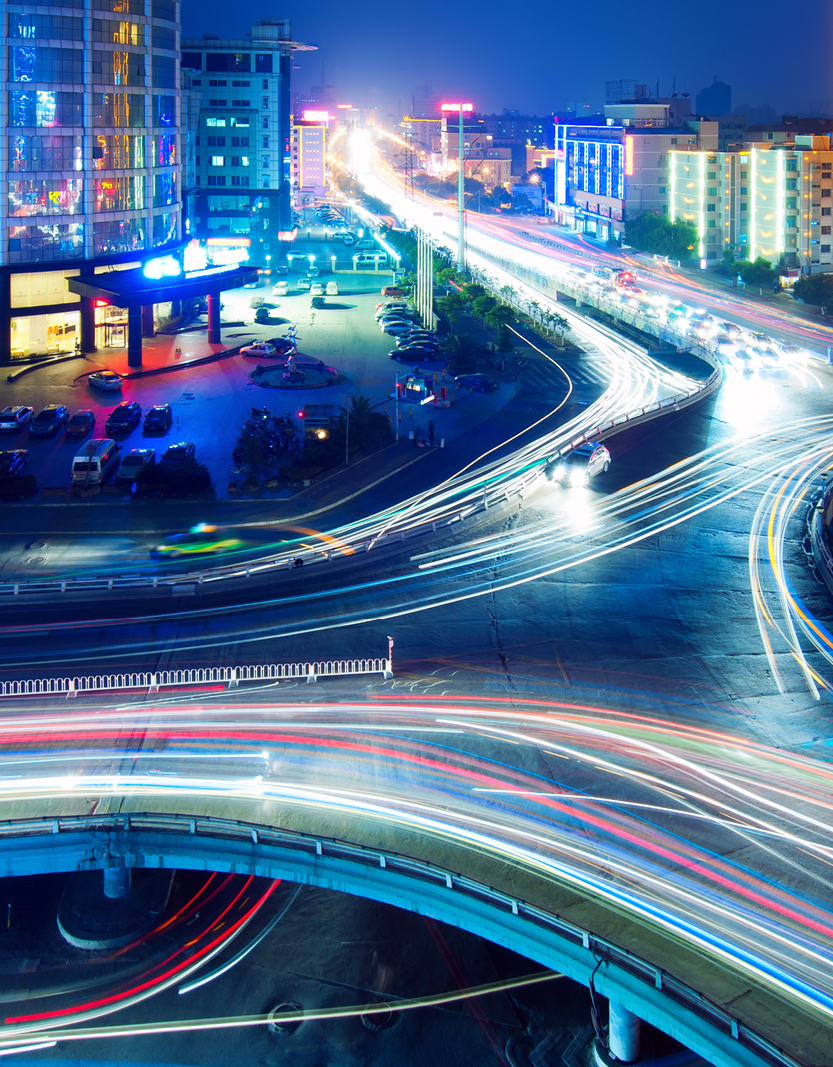 In this climate of continuing economic uncertainty, companies which are reportedly flush with cash reserves continue to be reluctant to spend that cash on expanding their businesses through mergers and acquisitions (“M&A”). This reluctance is likely to remain until an economic recovery firmly takes root.

Compounding the reluctance to (over)spend in the M&A area is the fact that a target company (“Target”) with desirable assets may have other less attractive assets which the potential buyer does not want to purchase. This can often occur in the resource sector where smaller exploration companies own properties that are at different developmental stages. The buyer may be interested in only one or two of Target’s core properties, and view Target’s other properties as superfluous. This can result in a wide gap between the value which Target sees in those non-core properties and the price the buyer is willing to pay for them.

One obvious way for Target to solve the problem is to simply sell its core assets and continue to own and develop its remaining assets. However, Target’s shareholders may not always benefit from this approach as Target may not be able to distribute the asset sale proceeds to its shareholders in a tax-efficient way. Other common tools for bridging valuation differences such as the use of earn-outs or contingent value rights may also not work well with long-term projects (such as mine or oil and gas projects.) Another solution that may work in some of those situations is a spin-out transaction.

When a spin-out is combined with an M&A transaction, the buyer purchases the shares of Target and, at the same time, the unwanted assets of Target are spun out of Target into a new company (“Spinco”), the shares of which are distributed to Target’s shareholders as part of the transaction.

A spin-out has several benefits:

Target’s shareholders receive full value for Target’s core assets but also continue to participate in the development of Target’s other assets;
the buyer pays only for the assets that it wants; and the transactions can usually be completed on a reasonably tax-effective basis (depending on the particular facts).

In view of these benefits, we anticipate that M&A transactions in 2013 will continue to feature spin-outs as a means of bridging valuation gaps in acquisitions.

Basic Steps of a Spin-Out

The basic steps involved in combining a spin-off transaction with an acquisition of Target are:

Target creates Spinco to acquire and hold the assets that the buyer does not want to purchase;

The Spinco shares are distributed to Target’s shareholders;

The buyer purchases the Target shares from Target’s shareholders; and

While these transactions may look simple, various legal and tax issues can complicate their implementation. Planning can also become more complicated if other securities, such as debt and employee stock options, are involved. Some of the more important corporate, securities and tax considerations are discussed below.

When a spin-out is combined with the acquisition of Target, it is usually implemented by way of a statutory plan of arrangement rather than a take-over bid because the necessary steps must be carried out in a precise sequence. This is not unusual: plans of arrangement are commonly used in acquiring a target company even if no spin-out will be done. As part of the process, a fairness hearing is held in front of a court, providing dissenting shareholders with the opportunity to oppose the transaction. Target’s shareholders must also meet and approve the transaction by a two-thirds majority (rather than a simple majority) of votes.

The Spinco shares received by Target’s shareholders must be freely tradeable, which generally can be accomplished (subject to control block trading restrictions). If Target shares are held by shareholders outside Canada (especially U.S. shareholders), the foreign treatment of those shares and the potential securities law implications for Target must also be considered. Outstanding Target stock options or other incentives must also be dealt with (assuming they are not exercised); accelerating stock options may require stock exchange approvals.

Usually the Spinco shares will be listed on a securities exchange (particularly if Target’s shares were listed). Whether Spinco will meet the listing requirements of the Toronto Stock Exchange or Toronto Venture Exchange will depend on the assets it receives from Target. If listing requirements cannot be met, alternative trading arrangements may have to be pursued.

Spin-outs outside the M&A context can raise questions such as how to divide up and compensate management, and how to deal with overheads, historical liabilities and common assets. When a spin-out is carried out as part of an M&A transaction, these issues can often be dealt with more easily because there is a third party buyer that is able to clearly identify and negotiate its needs and wants. Nevertheless, conflicts of interest may still occur. For example, the ability of a member of senior management to negotiate on Target’s behalf may be questioned if he/she will be employed by the buyer (instead of by Spinco) after the transactions are completed.

Often the most complex part of structuring a spin-out as part of an M&A transaction involves minimizing tax for both Target and its shareholders.

Typically, spin-outs combined with an M&A transaction are carried out in one of the following ways:

a dividend in kind of the Spinco shares by Target;

distribution of the Spinco shares by Target on a reorganization of Target’s share capital;

distribution of the Spinco shares by Target as a return of capital; or

delivery of the Spinco shares as part of the purchase price from the buyer.1

The most desirable spin-out method will depend on the particular circumstances, including the extent of Target’s (and its shareholders’) accrued gains, Target’s tax attributes, the identity of Target’s shareholders and the way in which the buyer will acquire Target’s shares. Regardless of the method used, for tax purposes the spin-out will constitute a disposition by Target of the Spinco shares for proceeds equal to their fair market value. As a result, spin-outs are most often employed when Target has little or no accrued gain on the Spinco shares or has unused losses which it can use to offset some or all of that gain.

Target paying a dividend of the Spinco shares to its shareholders is the simplest, but usually the least tax-effective spin-out method. Target’s shareholders will be taxed differently on the dividend depending on whether they are Canadian individuals, Canadian corporations, non-residents or tax-exempt entities (such as pension funds). This form of spin-out is rarely done in the context of an M&A transaction because (1) shareholders will be unable to shelter dividend income with unused capital losses (which can only be used to offset capital gains, and (2) non-residents will be subject to Canadian non-resident withholding tax on the dividends received (in contrast to typically not being subject to Canadian tax on capital gains realized from disposing of shares of public companies).

Under this method, Target’s shareholders will not realize dividend income on the receipt of Spinco shares as long as the value of the Spinco shares does not exceed the paid-up capital (“PUC”)—essentially the tax equivalent of corporate law stated capital—of the existing Target shares.3

No dividend should arise for tax purposes on the spin-out as long as the value of the Spinco shares does not exceed the PUC of the existing Target shares and the share capital return complies with specific conditions set out in the Income Tax Act (Canada) (“ITA”).5  Using the same example above, the tax results for the Target shareholder should be essentially the same under this method as they are under the share capital reorganization method.

On the spin-out, the buyer would generally realize any accrued gains on the Spinco shares.6  Former Target shareholders would generally realize a capital gain (or capital loss) to the extent that their proceeds of disposition exceed (or are less than) the ACB of their Target shares. For the purpose of determining such gain or loss, the fair market value of the Spinco shares would be added to the shareholder’s proceeds of disposition of the Target shares.7

Spin-out transactions are appearing more frequently in conjunction with M&A transactions, as they can be a useful tool for bridging valuation differences between the buyer and the target company in appropriate situations.

A “butterfly” divisive reorganization of Target is generally not permissible in the context of an M&A transaction.

If the value of the Spinco shares were to exceed the PUC of the existing Target shares, the excess would be deemed to be a dividend for tax purposes.

If a reduction in ACB would result in a negative number, the negative amount is deemed to be an immediate capital gain.

The share capital return must either meet the circumstances set out in s. 84(4.1) ITA or occur on the winding-up, discontinuance or reorganization of target’s business. The Canada Revenue Agency has issued several advance income tax rulings in which it has ruled favourably as to the scope of a “reorganization”.

Public corporations often ask for an advance tax ruling on the issue to achieve a very high level of comfort that no dividend will be deemed to have arisen on the transaction.

The buyer generally would not be able to increase its ACB of the Spinco shares (under s.88(1)(d) ITA) where such shares are disposed of to former Target shareholders.

The Spinco shares would be treated as the equivalent of cash for the purposes of a tax-deferred rollover provision (for example, ss. 85(1) or 85.1(1) ITA) that may apply on the disposition of Target shares (i.e., where part of the sale proceeds includes shares of the buyer).

By Paul Mingay and Steve Suarez