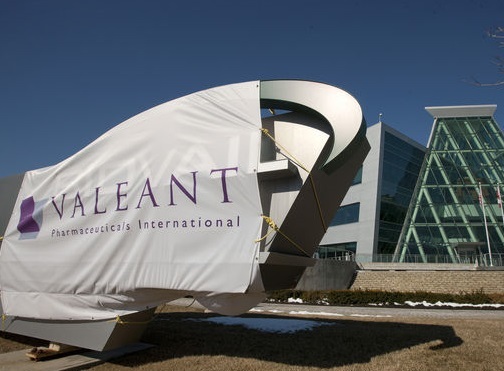 CBJ — The negative ramifications from a short-seller’s report accusing Valeant Pharmaceuticals of suspicious accounting practices has led to a massive 22% plunge in the stock’s value and closer scrutiny from the Quebec Securities Regulator.

This latest in a string of woeful events has also seen activist investor Bill Ackman swoop down and grab a large quantity of shares for what he no doubt believes is a bargain-basement price. Meanwhile, Valeant’s top five investors could have lost a combined $2.8-billion on Wednesday based on their holdings as of June 30.

It’s the latest twist in a fast-moving file that has seen Valeant’s stock price plummet 55% overall since its peak in August.

Valeant Pharmaceuticals responded by saying a short seller’s allegation that it recorded fake sales to phony customers was “erroneous,” mounting a defense of its relationship with specialty pharmacies that failed to assuage investors. The drug-maker responded after a report by Citron Research that sent its shares down as much as 40% at one point on Thursday before making a bit of a comeback as some people then looked to buy in, believing they’d be getting a good deal.

The stock-commentary site said Valeant is using a specialty pharmacy called Philidor RX Services to store inventory and record those transactions as sales. “Is this Enron part deux?” the report said. “These similarities are too close to ignore.”