CBJ — Valeant Pharmaceuticals International has seen its shares plunge after announcing it was cutting its revenue forecast by 12% or US$1.5 billion.

The Quebec-based drugmaker, which is already dealing with a myriad of questionable accounting issues, says total 2016 revenue is expected to be $11.0 billion-$11.2 billion, compared with its previous estimate of $12.5 billion-$12.7 billion.

The company originally provided its 2016 forecast in December, but withdrew it on Feb. 29 when Chief Executive Michael Pearson returned from two months medical leave.

Valeant said in a regulatory filing that if it did not file its annual report by Tuesday it would be in breach of a reporting covenant and holders of at least 25 percent of any series of notes may deliver a notice of default.

The company, whose U.S-listed shares were down about 8% in pre-market trading, said preliminary fourth-quarter revenue was $2.8 billion, mainly hurt by weaker-than-expected sales in its gastrointestinal business. 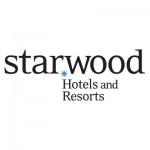