Home | CBJ News | Valeant’s Worst is in the Past: CEO

Valeant’s Worst is in the Past: CEO 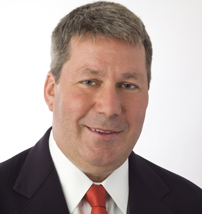 CBJ — Quebec-based Valeant Pharmaceuticals believes its worst days are now in the rear-view mirror, with its CEO proclaiming its on a road to recovery after taking a large financial hit with a controversial U.S. mail-order pharmacy.

Valeant said the October split from specialty pharmaceutical partner Philidor Rx Services caused a big short-term disruption to its business that will reduce its expectations for the fourth quarter and 2015 as a whole.

“We have been through a lot,” CEO Michael Pearson (pictured) told investors who tuned in to an online webcast. The company’s leader is confident that a new distribution deal with prominent U.S. drugstore chain Walgreens is a better arrangement.

Despite cutting prices, Valeant expects it will make more money by gaining access to the 8,000-store network of the largest American pharmacy retailer.

Shares were up about seven per cent to $160 in Wednesday morning trading on the Toronto Stock Exchange.