MONTREAL, Jan. 19, 2021 (GLOBE NEWSWIRE) — Vanstar Mining Resources Inc. (the “Company”) (TSX.V – VSR) is pleased to announce that the 2,500 m drilling campaign on its Felix project has begun. The Felix Property is located in the Abitibi mining camp (Québec), 86 km NE of Rouyn-Noranda and is along trend of the Amex Exploration Perron Property along the Chicobi belt (see Figure 1). Felix is also adjacent to the south of BMEX Gold Inc.’s King Tut property on which it was recently announced that visible gold was intersected in two drill holes.
Figure 1 accompanying this announcement is available at https://www.globenewswire.com/NewsRoom/AttachmentNg/358583e6-66d0-4c8a-a5e2-040c3c16427fThe drilling program at Felix will verify gold mineralization in a historical drill hole that intersected 9 intervals of 1.5 m each, over a 70 m section, grading 0.9 g/t Au to 1.8 g/t Au, see Figure 2 Hole 728-06-1. The drill program is expected to take approximately 1 month with assay results expected thereafter. In addition, the drill program will test four airborne electromagnetic conductors. Two of the conductors are located at each end of a large folded iron formation. An airborne magnetic survey carried out in June 2020 also identified several faults and folds in what is believed to be iron formation that can act as structural traps for gold. Banded iron formation (BIF)-hosted gold deposits are structurally controlled stratabound deposits that represent one of the main gold exploration targets in the northern part of the Canadian Precambrian Shield.Figure 2 accompanying this announcement is available at https://www.globenewswire.com/NewsRoom/AttachmentNg/94dd4333-0da0-4bc0-84b4-02bf5ff0d188JC St-Amour, President and CEO of Vanstar commented, “I am keen to get started drilling on Felix. The property has excellent potential given its proximity to the Amex Perron property, which host a very significant gold discovery in Quebec, coupled with its location in the heart of the Chicobi belt that is seeing a gold exploration renaissance. We are well positioned and financed to drill.”In addition, the Company announces that the board of directors has granted 500,000 options to an officer of the company pursuant to its stock option plan. The options are exercisable for a period of 5 years at a price of $1.25 and vest immediately.About the Felix ProjectThe Felix project is located in an environment of volcanosedimentary origin comprising a unit of volcanic rock in the north, another in the south and the central part is occupied by sedimentary rocks. Late intrusions in the form of batholiths, plutons or dikes are also noted all around the property. The property rests mainly on the rocks of the Chicobi Group. The sedimentary basin contains mudstones and graphitic turbiditic sandstones, with a minor magnetite-chert and hematite-jasper banded iron formation and a conglomerate. A significant Algoma-type iron formation is present in the northern part of the property. The gold grades intersected in the historic drilling are located near the southern contact of the latter. In addition, the Chicobi-Nord regional fault crosses the northern part of the property. This fault, of regional dimension, borders the Normetal mining camp to the south. The project is located in the eastern extension of this mining camp where there are former massive sulphide mines and numerous gold showings, such as those of the former Perron gold mine which are actively worked on by Amex Exploration. Shear zones parallel to the Chicobi-Nord fault are also found in the sediments of the Chicobi Group and as evidenced by the Authier gold showings located west of the property.Mr. Gilles Laverdière, consultant geologist and qualified person under NI 43-101 has read and approved this press release.About VanstarVanstar Mining Resources Inc. is a gold exploration company with properties located in Northern Québec at different stages of development. The Company owns a 25% interest in the Nelligan project (3.2 million inferred ounces Au, NI 43-101 October 2019) and 1% NSR. The Nelligan Project won the “Discovery of the Year” award at the 2019 Quebec Mineral Exploration Association Xplor Gala. Vanstar also owns 100% of the Felix property under development in the Chicobi Group (Abitibi mining camp, 65km East of Amex Perron property) and 100% of Amanda, a 7,306 ha property located on the Auclair formation with historic gold showings up to 12.1 g/t Au over 3 meters.The TSX Venture Exchange and its Regulation Services Provider (as that term is defined in the TSX Venture Exchange Policies) do not accept any responsibility for the truth or accuracy of its content.SOURCE :JC St-Amour
President and CEO
[email protected]
647-296-9871www.vanstarmining.com 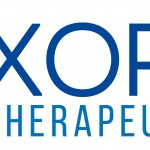 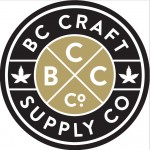