Vanstar Provides an Update of Its Activities

THIS RELEASE MAY NOT BE DISTRIBUTED TO US WIRE SERVICES FOR UNITED STATES DISTRIBUTION.
MONTREAL, July 29, 2020 (GLOBE NEWSWIRE) — The management of Vanstar Mining Resources (TSX.V – VSR) would like to make an update on the work currently underway on the various mining projects of the company.Regarding the Nelligan project, the company is still awaiting the results of the last drilling carried out last winter. The delays – deemed highly unreasonable by the company – are largely attributed to the slowness and limited availability of the analysis laboratories, which found themselves in high demand by a very large number of mining exploration companies following the reopening of the exploration work last May.“Obviously, like many shareholders, we are really frustrated to wait for results coming from the last winter drilling campaign. We understand that there may be different reasons for such an unreasonable delay, but for now,  it seems less justifiable and our shareholders are letting us know…” said the CEO of the company, Mr. Guy Morissette.Also, management announces that drilling campaign has recently resumed on the Nelligan project. The summer program foresees a minimum of 4,000 meters which can be increased to 5,000 meters. All results coming from this summer campaign are expected to be available and unveiled in the fall.For the Félix project, various drilling targets have been established based on the airborne magnetic survey carried out last June. Several faults, fold zones and iron formation were located on the property. Contrary to what had been mentioned, the planned 2,500 meter drilling program may not be able to be carried out during the next fall given that access to the land is very difficult and many of the targets are in wet land.  Our Technominex consultant strongly suggests waiting until the winter period.The Amanda project has been the subject of a vast geological and prospecting campaign since the beginning of July 2020. Our geologist and technical team have covered the entire project in order to verify geological and stratigraphic zones as well than historical data. A magnetic airborne survey of approximately 3.069 km is also planned in the coming weeks. The result of this work, once compiled and interpreted, could be the subject of a drilling program before the end of 2020 or starting 2021.The management of the company also intends to hold its annual meeting as soon as possible. A specific date will be set according to the availability offered by the trustee.Mr. Gilles Laverdière, consultant geologist and qualified person under NI 43-101 has read and approved this press release.The TSX Venture Exchange and its Regulation Services Provider (as that term is defined in the policies of the TSX Venture Exchange) accepts no responsibility for the veracity or accuracy of its content.                                                                           Sources:Sébastien Plouffe
Vice-President Public Relations
[email protected]
514-947-2272Gary Claytens
Vice-président – Western Corporate Development 604-761-3233
[email protected]
www.vanstarmining.com 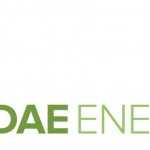 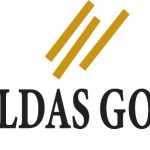