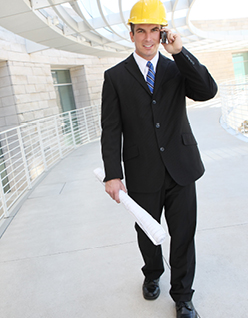 Verreault Construction attributes its success over the years to its staff, noting that because of its employees’ drive, know-how, and talent for innovation, the company has stood apart from the competition and has “carved out an enviable reputation for the quality of its services.”

Innovation has also been critical to the success of Verreault Construction over its history. In the 1970s, senior managers with Verreault Construction learned specialized training in order to perform modern project planning and construction management techniques which were becoming more in demand in the construction industry. This education then allowed the company to take on not only additional projects, but larger projects in size.

The following decade, the 1980s saw Verreault Construction build on its momentum, as it completed several projects across the industrial, commercial, and institutional sectors totaling more than $3 billion by 2007.

With offices in the province’s two major hubs of Montreal and capital Québec City, Verreault Construction has a presence across the province which has allowed the company to cover more territory in its service offering. More extensively, the service offerings of Verreault Construction also includes: integrated solutions (including, engineering procurement construction management (EPCM), engineering procurement construction (EPC, turn-key), as well as Public-Private Partnerships (PPP)).

As for Verreault Construction’s company philosophy, its website reads, “Verreault’s philosophy is firmly rooted in respect for its clients, partners, human resources, and suppliers and in a partnership approach.

“For more than three-quarters of a century, this value has been sustained thanks to the quality of the dedication of the men and women who continue to ensure the company’s reputation and client service and drive its growth and success.”

The company notes that its construction accomplishments, particularly over the past 30 years, are diverse. Over this time, Verreault Construction’s expertise has seen the company complete projects in the commercial sector, in addition to expansion, renovation, and restoration projects. Projects across private enterprises, government bodies, universities and educational institutions, religious institutions and communities, and municipalities represent the “diversity, scope, and quality” of Verreault Construction’s services.

Today, the company remains focused major projects with VIA Rail and Montreal’s Concordia University, as well as an expansion project with the Montreal-Pierre Elliott Trudeau International Airport.

For more information on the project involvement of Verreault Construction across the commercial, industrial, and institutional sectors, please visit www.verreault.ca.