Based in London, Ontario VersaBank has established itself as one of the most successful and innovative FinTech companies anywhere in Canada. As the name FinTech implies it is the blending together of finance and technology in the creation of what has rapidly become a massive disruptor in the financial services sector. Driven by new technologies and innovation, the result is an incredibly effective ability to provide efficient alternatives to the cumbersome traditional financial methods.

VersaBank was the brainchild of the company’s President and CEO David Taylor, who has more than 40 years of experience in the financial world. Just prior to branching out on his own in the early 1990s, Taylor had been working for UK financial institution Barclays Bank Canada when he came upon the notion that the personal computer technology was coming of age thusly thought he would be able to create a financial company with the use of PCs and telephone modems.

The Canadian Business Journal recently spoke with Taylor between one of his many meetings while in downtown Toronto about his company’s formation and its impressive rise to the top of the FinTech sector and whose foresight and success is engrained in a vision for a branchless commercial bank through the effective use of innovative technologies.

The core of Taylor’s idea was that new technology could be adapted to allow a financial institution to operate without traditional branch networks. To execute his program Taylor acquired a small trust company that was provincially regulated in Saskatchewan, Pacific and Western Trust, which had the Canadian Deposit Insurance Corporation (CDIC) membership. The acquisition provided Taylor with the outlet for obtaining an operating license and CDIC insurance, both of which were necessary to launch his new, branchless banking platform. Following the acquisition, Taylor relocated the head office to London. The trust company was granted a licence in August, 2002 by the federal government as a Schedule I Canadian chartered bank, marking the first Schedule I banking license issued in 18 years.

“With this little trust company I fashioned it into what I thought, at that time, was a state of the art financial institution. I shut down the retail operation immediately and had the software written to enable us to gather deposits without the need for branches,” explains Taylor.

In those early days the telephone modems and PCs were placed in an existing distribution channel – the human interface – including financial planners, stock brokers and insurance salespeople. Needless to say, Taylor faced a considerable amount of skepticism from industry insiders and government representatives at the time.

“That model hadn’t been seen before so I encountered a fair amount of resistance, primarily from the government regulatory bodies that just hadn’t seen this before anywhere in the world,” he recalls. In fact, he vividly remembers being counselled by some noteworthy individuals that Canadians simply would not make deposits unless they were able to walk into a physical location. On the other side of the coin he thought that a small financial institution could be properly targeted at niche markets that had been underserved by the larger financial institutions where walking into a branch might not be an option in the first place.

Five years later the Bank incorporated VersaBanq Innovations Inc. to be the owner of its in-house, branchless banking. It soon became evident to Taylor that the business had evolved with such widespread versatility that the name Pacific & Western Bank was no longer an accurate reflection of what the company was all about. The name change to VersaBank (and changing the ‘q’ to a ‘k’) was an important step in the branding process, and accurately situates the company in an appropriate position where the Bank’s actual focus resides within the marketplace.

“We are a branchless bank, reliant on systems and software, a primary enabler of the Canadian Fintech industry, and we play a significant and much needed role in helping to bridge the financing gap for small to medium sized businesses,” says Taylor.

In addition to the head office in London the deposit services operate from the company’s corporate office in Saskatoon while financing services operate from various lending offices across Canada. Liabilities, i.e. deposits, are processed out of Saskatoon while loans, i.e. assets, are processed in London. In fact, Taylor has been at the same London location since 1989, first as a tenant with Barclays Bank Canada, prior to venturing out to pursue his entrepreneurial endeavours. In addition to the London and Saskatoon offices is the new VersaBank Innovation Centre of Excellence, located at the London airport.

The primary intent of Taylor and the other executives at VersaBank has always been to remain as a small niche player that takes advantage of the countless opportunities made available in the lending markets, often because the very large chartered banks are not interested in pursuing that line of business for one reason or another.

Another noticeable advantage for VersaBank in being a software house has been its ability to incorporate its proprietary software to deal with increased industry regulation at a far greater level of efficiency than most all of its competitors.

“I hired the people, bought the equipment, wrote the software and made it all happen. The idea was that our bank would not be constrained by its internal software but would be able to target a number of niche markets and the various nuances,” says Taylor.

“We needed to be very versatile and have software that could, for example, allow for the lease of a Zamboni and take payments in the winter months and no payments in the summer. It could do unusual cash flows, interim construction and put together syndicates of other lenders. It could take care of virtually any kind of financial transaction that we could conceive and we wouldn’t be constrained by our software. The software is constantly being updated to keep up with the times,” he continues.

VersaBank is effectively streamlined on the newest technologies within the industry. Deposits come in from all over Canada including Northwest Territories and Nunavut and the company uses what Taylor calls a human interface who are more often than not financial planners, stock brokers or insurance sales people that have a strong trusting relationship with the target market.

“They act as our branch network. We have relationships with non-bank lenders who operate in various niche markets across Canada and provide, more often than not, point of sale financing, an example of which would include sub-prime auto loans, normal auto loans, cosmetic surgery, heavy equipment, hot water heater leases, recreational vehicles and a variety of other financings that occur across Canada. Our interface with the market is the human interface. We don’t have any contact directly with these customers. It comes from people who are already dealing with them,” explains Taylor.

Loans and lease receivables flow electronically to VersaBank and are processed and held on the company’s balance sheet. VersaBank deals with well over 120 financial institutions and has developed many valued relationships and partnerships with brokerages and financial advisory firms across the country. The goal is to gather deposits with all branches and put it back out as quickly and as efficiently as possible into the various niche markets.

“Originally we were buying loan and lease receivables in batches but our partners would prefer if we purchased on a more continuous basis so they wouldn’t have to batch up the receivables. So we’ve created new software to allow us to purchase these receivables both on a daily basis and soon to be a real time basis,” adds Taylor.

The use of financial technology to improve core banking processes and creating straightforward interfaces has led to much stronger customer relationships being realized. One need only look at the impressive growth at VersaBank to see that the appreciation stemming from the marketplace is altogether evident.

“We hope that our interface gives rise to opportunities where we can do banking better through the interaction between banking professionals and software people who know what’s on the horizon for new tools,” says Taylor.

A significant segment of the world’s population remains without a robust banking infrastructure, or any banking at all, in certain instances. Taylor firmly believes that FinTech and the types of services provided by his company are an excellent solution to fill those gaps. If enterprises can have more reliable and consistent access to capital they in turn can employ more people and add to the regional economies of scale.

“Just by putting an app on a smartphone you can in effect deal with a customer relationship and with the technology of depositing cheques with a photograph you can serve markets that otherwise would have needed a physical location in remote places. It’s going to bring banking to every conceivable part of the world where there is telephone access and that’s a very good thing,” he says.

Coupled with Taylor’s experience and his leadership as a pioneering visionary, the triumphant results at VersaBank can be pointed directly at the strong management team that has been assembled. Taylor and his colleagues have been able to seamlessly integrate what many people might have assumed to be an unlikely successful marriage between hard-core bankers and software engineers. But the result has been a monumental success and everything they envisioned it would be.

“They are two different kinds of people. But it has all come together with both sides seeing the inherent advantages of such a plan. The result has been a tremendous level of interaction and new ideas being unveiled on a constant basis. The VersaBank Innovation Centre of Excellence is the perfect example of that. It’s where our software engineers and our digital lenders all reside together like a mini Google site and it comes with a café-type lunchroom,” reveals Taylor.

VersaBank has top-flight engineers who are attuned to what’s going on within the financial services industry while on the bankers’ side a majority of employees have a Master’s degree in business and accounting.

“Our CFO Shawn Clarke has an MBA and Master’s in Engineering. He also has his airline transport pilot licence, and with being a pilot myself, he’s 95% of the way in my good books with that credential,” laughs Taylor.

VersaBank tends to look for markets that have been, and remain, underserved by the traditional financial institutions. Many of those niche markets can be exceedingly lucrative. Taylor and his team are constantly seeking out methods to raise deposits in markets that are not as competitive as a retail market would be, as an example.

“We targeted an unusual market – insolvency professionals. We recognized they had particular challenges when dealing with generic bank packages. We felt we could create a wonderful software interface with our bank that would make it very easy to deal with us. In three to four years we hope to have most of the large insolvency professional firms in Canada,” states Taylor.

VersaBank is also known for its generosity in providing support for a number of charitable organizations including the likes of the Salvation Army and support for the local air show in London.

Taylor is extremely pleased with VersaBank’s position in the industry, but it’s clear he still has a lot more he wants to accomplish moving forward with significant growth in the plans.

“We aren’t quite at an optimal size,” he notes. “I envision about $4 billion to be the right size for a niche player with our kind of business model. I’d like to be seen as the top financial institution for niche markets in Canada. I want to provide access to capital and banking services and adding value to people’s lives.” 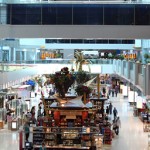 The Future of Bricks & Mortar Retail 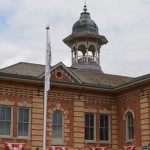