It’s been an extremely busy and exhilarating time for the team at Victoria Gold Corp in the far northwestern quadrant of Canada and now after years of hard work and dedication their much anticipated Eagle Gold project in the Yukon is poised to become one of this country’s most significant gold producing sites in history.

Remarkable forward momentum was realized this past March following the major announcement of a cumulative $505 million financing agreement with Orion Mine Finance, Osisko Gold Royalties Ltd and Caterpillar Financial Services Limited. The accord will wholly fund Victoria Gold’s development of the Eagle Gold project through to commercial production.

The Canadian Business Journal recently spoke with Victoria Gold President and CEO John McConnell about the major milestone for his company as it heads towards full-scale production.

“With this project financing package, Victoria is in a position to continue construction activities and advance the Eagle project to first gold pour, which we expect in the second half of 2019,” begins McConnell. “We look forward to building a high-quality, profitable, and environmentally safe project that will deliver significant economic benefit to all of our stakeholders.”

McConnell, who has more than 35 years of mining experience under his belt, says he looks forward to working with Orion, Osisko and Caterpillar, and all of the other existing partners, including the First Nation of Nacho Nyak Dun, the village of Mayo and the government of Yukon Territory, to reach the next landmark of full-scale production from the Eagle Gold open pit mine.

Victoria Gold’s 100%-owned Dublin Gulch gold property is situated in the central portion of the Yukon Territory, 375km north of the capital of Whitehorse, and about 85km north of the village of Mayo on Nacho Nyak Dun traditional territory. The Yukon is the smallest of Canada’s three federal territories with a population of just under 40,000 people. Whitehorse is the territorial capital and Yukon’s only city. The property is accessible by road year-round, and is within Yukon Energy’s electrical grid. The entire property covers an area of 550 square kilometres and commercial grid power is available 45km by road from the site, with an airstrip 80km to the south and suitable for commercial planes.

The journey has been somewhat of a rollercoaster ride for McConnell and Victoria Gold having first started down one financing path before having to recalibrate the direction of the business plan. Persistence and the ability to stay one step ahead within an always-changing business climate is what ultimately led to the company’s success in moving forward. Now, the much-anticipated summit is within clear view.

“We were pretty innovative in arriving at a full financing solution in March,” notes McConnell. “Our Phase One construction activities, which started in August 2017, significantly de-risked the project and advanced detailed engineering to over 50% complete.”

Sean Roosen, Chair of the Board and Chief Executive Officer of Osisko, commented, “We are very pleased to partner with Victoria Gold to develop Canada’s next premier gold mine, and to generate important benefits for all project stakeholders. Having been to the project and met with many of the stakeholders, we are looking forward to investing in and working with Victoria in the Yukon to bring this project to fruition.”

As a result of the transaction in March, Osisko and Orion have become significant shareholders and each have a seat on the board of directors, but that is the limit of their involvement. Caterpillar financed the equipment for the project but do not hold a seat on the board.

Headquarters for Victoria Gold is in Vancouver, which is where the engineering and administration staff is based but McConnell and his wife moved to Whitehorse in 2010. Being geographically close to the project has helped to accelerate the overall scheduling timeline.

Last year McConnell and his wife purchased a home in Mayo where they spend their summers. Its close proximity allows the CEO to visit the site every day to gauge the ongoing progress.

“It’s been a philosophy of mine going back a number of years,” he says of the move to the Yukon more than eight years ago. “I feel you need a senior person in the organization living in the jurisdiction where you intend to build a mine.”

The positive forward momentum on this project has been a cumulative team effort and McConnell is quick to acknowledge the outstanding efforts put forth by his entire staff and especially CFO Marty Rendell and Chair Sean Harvey, with whom he’s worked very closely.

Rendell joined Victoria Gold in 2007 and throughout his career has been involved in every stage of a mine’s life from early stage exploration through studies and permitting into construction, operations and closure. As a financial expert, Rendell has vast experience with gold, diamonds and base metals while working for such companies as De Beers Canada and Breakwater Resources.

“I’m not a financial guy, I’m a miner. Unfortunately for Marty, sometimes I change direction on things and it probably resulted in him doing double the work,” confesses McConnell.

“Another important person in the financing was our chairman Sean Harvey, who has a real financial background. To be quite honest, I don’t think we could have got this deal done without his advice and counsel,” admits McConnell. “We have a very good group and I very much rely on their input. We make decisions as a team.”

Harvey’s background includes having spent 10 years in investment and merchant banking primarily focused on the mining sector. More recently he has held senior executive and Board positions with a number of prodigious mining companies.

The development of Victoria Gold has also provided McConnell with a chance to broaden his already vast executive skills base.

“With Snap Lake (diamond mine) I had the opportunity to take it through all those steps but financing was not my area of responsibility with a big company like De Beers. But in this case financing was a very big KPI for me and our CFO,” he says.

Added incentives to produce a successful enterprise are not required at this executive level, but McConnell is a significant shareholder in the company with a great deal of his own money at stake, so there is no doubt in anybody’s mind that he’s standing 100% behind what he says this venture will be able to accomplish.

“This is a very exciting project. It’s special because my team and I have taken it through all phases of exploration, permitting, feasibility studies, financing and now we’re in construction. The full life-cycle has been achieved by my senior team,” McConnell proudly states.

It had long been the expectation of the executive team at Victoria Gold that the Eagle Gold deposit would be the largest gold mine in Yukon’s history, with projections of more than 200,000 ounces of gold being mined per year. Those targeted projections remain on point.

“We will be by far the largest gold mine ever in Yukon’s history,” says McConnell, with confidence.

In 2016, it was estimated $400 million would be needed to launch a full scale project at Eagle Gold. In March, 2018 it was announced that $505 million in financing had been secured. There are a couple of main reasons for the additional $100 million including a degree of price escalation but as McConnell points out, it also costs money to raise money.

“There’s a category I call being prudent and we raise more working capital than is probably necessary. We also raised the first two years of sustaining capital. We raised some money to put some gold hedging in place so we have some price protection,” he says.

Another key aspect that Victoria Gold has addressed is bonding. It’s simple for a large gold corporation with an established track record – simply use the balance sheet. But for a junior such as Victoria Gold the expectation is that cash will be put up front.

Gold has always been the most valued of the precious metals due in large part to its ability of diversifying risk, especially through the use of futures contracts and derivatives. Compared to other precious metals used for investment, gold has the most effective safe haven and hedging properties in many countries. Throughout history gold has been used as money and has been a relative standard for currency equivalents specific to economic regions or countries.

Once the Eagle Gold site is up and running at full capacity there will likely be about 400 employees with at least 200 to 220 on-site at any given time. And, there is all all-seasons camp that is ready to go. There will be a fly-in and fly-out operation for those workers coming in from other parts of Canada. It’s expected about 50% will be employees will be from Yukon.

“We have full capacity for 450 right now. We’ll need about 250 for operations so at the end of the construction we’ll be selling off close to half of the units that are there right now,” remarks McConnell.

Engineers, mining experts and other professionals must be flown in to help lead the overall project but many of the local citizens will see direct job opportunities.

The Eagle Gold project has received all major permits for construction and operations, completed the Environmental Assessment process and has a signed Comprehensive Cooperation and Benefits Agreement with the local Nacho Nyak Dun First Nation, whose traditional territory the project is located within.

Eagle Gold currently has a projected lifespan of at least 10 years, but McConnell is quite confident it will far exceed that, with such vast exploration potential in the region.

“The feasibility study indicates a mining life of just over 10 years. With the exploration work we’ve done close to Eagle and at depth and now the work we’re doing further away, my gut tells me this is a 20 to 30-year mine life,” he states.

Now that all the necessary financing and permitting is in place the focus for the remainder of this year will be ensuring that the property’s infrastructure is constructed as timely and efficiently as possible. The company started pouring concrete in July and the steel should all be erected by the middle of September.

“We will be certainly focused on the crushers getting the foundations and buildings in place,” says McConnell. “It’s the same with the gold recovery plant. Through the winter we can do the interior work, the electrical, mechanical, but we will have closed structures to work in during the coldest months of the year.”

Victoria Gold plans to process about 26,000 tonnes of ore per day when the mine is running at 100% capacity. The Nacho Nyäk Dun First Nation has contracts to work at the mine, as well as various agreements with the company to provide training and scholarships for its citizens.

“Right now we plan first gold pour in the third quarter of 2019 and we’re doing what we can to make it even sooner. By mid-year 2020 Eagle will be in full production and we’ll still be doing exploration,” says McConnell.

Despite the high expectations at the Eagle Gold deposit, McConnell is confident that there is much more gold to be found on the property.

“Eagle is just a little dot on that large property. It has lots of exploration potential,” states McConnell.

“Olive is part of our mine plan,” adds McConnell. “There is a small open pit included there now. We did a 20-hole program there this summer and we’ll have added more ounces there again. It’s (Olive) shaping up and becoming much bigger than we had originally anticipated.”

“We’re slowly stepping out from Eagle now and exploring that mineralized trend. I think there is room for two or three more Eagles there in the future,” says McConnell.

In terms of branching out beyond the current asset holds, there is nothing else in the Yukon that is advanced enough to pique the interest of Victoria Gold but McConnell says the plan is to concentrate on North America when considering possible future acquisitions. 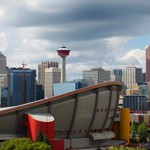 Why Calgary is Leading the Nation In Small Businesses Support 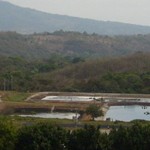