VANCOUVER, British Columbia, Sept. 27, 2019 (GLOBE NEWSWIRE) — Vinza Capital Management Inc. (the “Company”) is pleased to announce it has completed a private placement of 6,250,000 common shares for gross proceeds of $62,500, of which 6,000,000 common shares were purchased by directors of the Company.
No finder’s fee or commission was paid in connection with the placement. The proceeds from the sale of common shares will be used for general working capital purposes. All securities issued in connection with the private placement are subject to a four month hold period.The Company’s four directors, Bill McCartney (through 388469 B.C. Ltd., a company controlled by Mr. McCartney), Paul Visosky (through Casa Stilts Law Corp., a company controlled by Mr. Visosky), Murray Oliver and Nick Furber, each purchased 1,500,000 common shares of the Company or approximately 24% of the Company’s total issued and outstanding common shares. Their participation is considered to be a “related party transaction” as defined under Multilateral Instrument 61-101 (“MI 61-101”). The transaction is exempt from the formal valuation and minority shareholder approval requirements of MI 61-101 in reliance on the exemptions set forth in sections 5.5(e) and 5.7(1)(c) of MI 61-101, as the private placement is supported by a control person of the Company in the circumstances described in section 5.5(e) of MI 61-101. The Company did not file a material change report more than 21 days before the expected closing of the private placement as the details of the private placement and the participation therein by related parties of the Company were not settled until shortly prior to closing and the Company wished to close on an expedited basis for sound business reasons.Prior to completion of the private placement, the Company’s four directors did not have ownership or control of any common shares of the Company. The Shares were acquired for investment purposes.  Each of the parties intends to evaluate his investment in the Company and to increase or decrease his beneficial shareholdings from time to time as he may determine appropriate for investment purposes. Copies of the early warning reports filed by each of 388469 B.C. Ltd., Casa Stilts Law Corp., Murray Oliver and Nick Furber, in accordance with applicable securities laws, are available under the profile for the Company on SEDAR (www.sedar.com). To obtain a copy of the early warning reports, contact Murray Oliver at mjo@pemcorp.com.ON BEHALF OF THE BOARD OF DIRECTORS
“Bill McCartney”
Bill McCartney, CEO.For further information please contact Murray Oliver:  mjo@pemcorp.com
CBJ Newsmakers 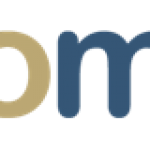 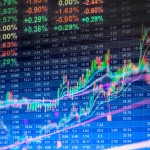