VANCOUVER, British Columbia, Nov. 05, 2019 (GLOBE NEWSWIRE) — Viscount Mining Corp. (TSX-V: VML) (OTCQB: VLMGF) (“Viscount” or “the Company”), is pleased to provide a corporate update and review of our two properties located in Cherry Creek, Nevada, and Silver Cliff, Colorado.
Jim MacKenzie, Viscount CEO, stated, “We are very excited by the prospects for the company in the coming year. After much uncertainty in the junior resource sector we believe we are well positioned with two strong properties located in the United States. Viscount is very encouraged by the potential at Cherry Creek, Nevada, with 20 past producing mines and at Silver Cliff, Colorado, where we have an open pit discovery which we expect to expand with future drill programs.”      1.      Cherry Creek NevadaThe Cherry Creek property is 100% owned by Viscount and consists of 276 contiguous unpatented and 17 patented claims as well as mill rights. This 2,434 hectare property encompasses more than 20 past producing gold and silver mines with the three largest of these historic mines being the Exchequer/New Century, the Ticup and the prolific Star Mine. In 2013, Snowden Mining Industry Consultants Inc. completed a NI 43-101 Technical Report on Cherry Creek. Their geologists, while investigating the area of the historic Star mine, ranged to the west into the Flint Canyon area and identified structural, mineralogical and stratigraphic parallels with the sediment-hosted deposit being mined by Newmont Goldcorp Corp. at Long Canyon 96 kilometers to the north and which was purchased for US$2.3 billion in 2011.On September 25th, Viscount announced receipt of a thesis completed by David J. Freedman on the Cherry Creek Mining District as partial fulfillment of the requirements for a Master of Science degree in Geology at the University of Nevada, Reno, Ralph J. Roberts Center for Research in Economic Geology (CREG) under the direction of advisor Dr. Michael W. Ressel, Ph.D., a research geologist with the Nevada Bureau of Mines and Geology. Previously, Dr. Ressel was Newmont Mining’s Chief Geologist for North America.Mr. Freedman’s thesis documents a large, long-lived hydrothermal system and shows abundant evidence of hydrothermal-induced mineralization (metals carried by hot water and deposited in favorable rocks, and structures, etc.). This large hydrothermal footprint encompasses nearly eight square kilometers of favorable structures and stratigraphy; and, is responsible for the metallic mineralization that has allowed over 20 historical mines to operate in the district. The thesis documents the various mineral occurrences and relates them to each other in time and space, which is extremely useful for pursuing exploration targets because Viscount can now use this work to help develop a model of the mineralizing events and to a degree predict where the next deposits might be located.Historic MiningCherry Creek has historically documented production of 312,012 short tons of mineralized material that yielded 32,450 ounces of gold, 1.6 million ounces of silver, 144,000 pounds of copper and 832,000 pounds of lead from more than 20 historic silver and gold mines including the Exchequer/New Century, Ticup/Motherlode and the Star Mine.Geologically, the majority of the historic mines produced from vein deposits in numerous Precambrian to Triassic-age quartzites, shales, limestones and dolomites, mostly in the Prospect Mountain Quartzite and the Cambrian Carbonate Formations. The two largest were the Exchequer/New Century Mine and the Star Mine. Both ceased operations in the 1920s. F.C. Schrader reports on the historical resources at the Exchequer /New Century and Star mines in (Schrader, Frank C., 1931, Spruce Mountain District Elko County and Cherry Creek (Egan Canyon) District White Pine County, Nevada State Bureau of Mines, University of Nevada Bulletin No. 7). In this report, Schrader comments on the Star mine as follows: “The mineralized material at Star mine is said to average about a quarter of an ounce in gold and 20 ounces in silver to the ton, and about 8% each in lead and zinc. Some of the mineralized material, however, is very rich in both gold and silver and is said to run as high as 800 ounces in silver to the ton”.The data disclosed by Schrader in 1931 has not been verified by a qualified person as defined in NI 43-101 because the actual production records are not known to be available for examination.Work ProgramsThe 2014 sampling results indicate widespread occurrences of anomalous to high grade gold, silver and base metal mineralization thereby confirming the information cited in historic reports.From the 302 samples collected, 17 assayed greater than 1 g/t gold with 7 assaying greater than 10 g/t gold and a high value of 76.9 g/t or nearly 2.5 ounces per ton gold. Ninety nine samples assayed higher than 1 ounce per ton silver, with 31 having values greater than 10 ounces per ton and a high value of more than 8,700 g/t or 280 ounces per ton silver.Surface base metal values were also very anomalous: with 3 containing greater than 1% copper and one with 3.4%; 14 lead assays were greater than 1% with a maximum value of than 20%. Zinc showed 10 sample assays greater than 1% with a high of 14%.Ticup, Doctor’s Cut and Jacob’s Cut historic minesIn 2015 12 RC drill holes were completed in the historic silver mining area encompassing the former Ticup, Doctor’s Cut and Jacob’s Cut mines. Hole depths ranged from 79.3 m (260 ft.) to 329.3 m (1080 ft.), with a total of 2224.1 m (7297 ft.) completed. This area will be revisited in our upcoming work program.
Notable Drill and Silver Assays:
Hole CC001: 9.1 meters at 52.6 g/t Ag (maximum silver assay 99.4 g/t)
Hole CC002: 27.5 meters at 52.0 g/t Ag (maximum silver assay 167 g/t)
Hole CC006: 12.2 meters at 117.6 g/t Ag (maximum silver assay 506 g/t)
Hole CC008: 100.5 meters at 7.4 g/t Ag (maximum silver assay 64 g/t)
Hole CC010: 15.2 meters at 54.2 g/t Ag (maximum silver assay 133 g/t)
Hole CC011: 30 meters at 50.00 g/t Ag (maximum silver assay 247 g/t) 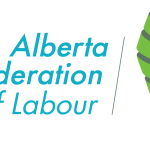 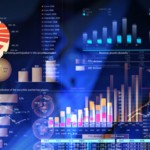