SOUTH SAN FRANCISCO, CA–(Marketwired – December 13, 2017) – VistaGen Therapeutics, Inc. (NASDAQ: VTGN) (“VistaGen” or the “Company”), a clinical-stage biopharmaceutical company focused on developing new generation medicines for depression and other central nervous system (CNS) disorders, today announced the closing of its previously announced underwritten public offering of 10,000,000 shares of its common stock and warrants to purchase up to 10,000,000 shares of common stock at a combined offering price of $1.50 per share and related warrant. Each share of common stock was sold together with a warrant to purchase one share of common stock. The warrants are immediately exercisable, have an exercise price of $1.50 per share and terminate 5 years from the date of issuance. The gross proceeds from the offering are $15,000,000, before deducting the underwriting discount and other estimated offering expenses.

VistaGen currently intends to use the net proceeds from the offering for research and development, primarily related to the AV-101 MDD Phase 2 Adjunctive Treatment Study, ordinary course working capital needs and other general corporate purposes.

The offering was conducted pursuant to the Company’s registration statement on Form S-1 (File No. 333-221009) previously filed with and subsequently declared effective by the Securities and Exchange Commission (the SEC) on December 8, 2017. A prospectus relating to the offering was filed with the SEC and is available on the SEC’s website at http://www.sec.gov.

This press release does not constitute an offer to sell or the solicitation of an offer to buy any of the securities described herein, nor shall there be any sale of these securities in any jurisdiction in which such offer, solicitation or sale would be unlawful prior to registration or qualification under the securities laws of any such jurisdiction. Copies of the prospectus relating to this offering may be obtained from Oppenheimer & Co. Inc., Attention: Syndicate Prospectus Department, 85 Broad Street, 26th Floor, New York, New York, 10004, or by telephone at 212-667-8563, or e-mail at EquityProspectus@opco.com.

About VistaGen
VistaGen Therapeutics, Inc. (NASDAQ: VTGN), is a clinical-stage biopharmaceutical company focused on developing new generation medicines for depression and other CNS disorders. VistaGen’s lead CNS product candidate, AV-101, is in Phase 2 development, initially as a new generation oral antidepressant drug candidate for major depressive disorder (MDD). AV-101’s mechanism of action is fundamentally different from all FDA-approved antidepressants and atypical antipsychotics used adjunctively to treat MDD, with potential to drive a paradigm shift towards a new generation of safer and faster-acting antidepressants. AV-101 is currently being evaluated by the U.S. National Institute of Mental Health (NIMH) in a small Phase 2 monotherapy study in MDD being fully funded by the NIMH and conducted by Dr. Carlos Zarate Jr., Chief, Section on the Neurobiology and Treatment of Mood Disorders and Chief of Experimental Therapeutics and Pathophysiology Branch at the NIMH. VistaGen is preparing to launch a 180-patient Phase 2 study of AV-101 as an adjunctive treatment for MDD patients with an inadequate response to standard, FDA-approved antidepressants. Dr. Maurizio Fava of Harvard University will be the Principal Investigator of the Company’s AV-101 MDD Phase 2 Adjunctive Treatment Study. AV-101 may also have the potential to treat multiple CNS disorders and neurodegenerative diseases in addition to MDD, including neuropathic pain, epilepsy, Huntington’s disease, and Parkinson’s disease levodopa-induced dyskinesia (PD LID) and other disorders where modulation of the NMDA receptors, activation of AMPA pathways and/or key active metabolites of AV-101 may achieve therapeutic benefit.

Forward-Looking Statements
The statements in this press release that are not historical facts may constitute forward-looking statements that are based on current expectations and are subject to risks and uncertainties that could cause actual future results to differ materially from those expressed or implied by such statements. Those risks and uncertainties include, but are not limited to, the anticipated use of proceeds, risks related to the successful launch, continuation and results of the NIMH’s Phase 2 (monotherapy) and/or the Company’s planned Phase 2 (adjunctive therapy) clinical studies of AV-101 in MDD and other CNS diseases and disorders, including neuropathic pain and PD LID, the potential for the Company’s stem cell technology to produce NCEs, cellular therapies, regenerative medicine or bone marrow stem cells to treat any medical condition, including autoimmune disorders and cancer, allowance of patent applications and continued protection of its intellectual property, and the availability of substantial additional capital to support its operations, including the AV-101 clinical development activities described above. These and other risks and uncertainties are identified and described in more detail in VistaGen’s filings with the Securities and Exchange Commission (SEC). These filings are available on the SEC’s website at www.sec.gov. VistaGen undertakes no obligation to publicly update or revise any forward-looking statements. 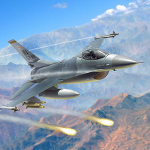