TORONTO, Jan. 18, 2019 (GLOBE NEWSWIRE) — VitalHub Corp. (the “Company”) (TSXV: VHI) is pleased to announce that it has completed a non-brokered private placement (the “Offering”) of units (“Units”) with the former founders and management team of Aastra Technologies Limited (the “Investors”). The Offering was completed at a price $0.16 per Unit for gross proceeds of $3.3 million and a total of 20,625,000 Units issued.

Aastra was established in 1983 by Francis Shen and a partner, and was joined by Francis’s brother Tony Shen in the late 1980’s. Aastra initially serviced the aerospace and defense market, and quickly transitioned in the early 1990s to the rapidly growing telecom industry. Together, the Shen brothers quickly expanded Aastra through new product innovation, and later successfully employed an aggressive M&A consolidation strategy and global market expansion. They quickly grew the company to over 2,000 employees and more than $700 million in annual revenue. Aastra was listed on the Toronto Stock Exchange under the ticker “AAH” from 2000 until 2014, when it was acquired by Mitel Networks Corporation (listed under “MNW”) in a transaction that returned over $500 million to its shareholders.  In addition, in prior years, Aastra returned over $200 million in dividends and stock buybacks.

Francis Shen will be joining the Company’s Board of Directors (“Board”), and Tony Shen will serve as a Board Observer. The Company will also constitute a new committee of the Board to consider M&A strategy and initiatives, which Francis Shen will be chairing (the “M&A Committee”). The M&A committee will work with a non-Board advisory group that will include the Investors, VitalHub CEO Dan Matlow, and VitalHub CFO Brian Goffenberg. The Company has also agreed to an additional board nominee for Francis Shen should all of the Two-Year Warrants be exercised in full.

Use of proceeds from the Offering will be for acquisition purposes only, to advance the Company’s M&A strategy.

“M&A is an integral part of our growth and business plan,” said Dan Matlow, CEO of VitalHub. “It is very exciting to have a group of experienced technology executives invest in and endorse our vision and team. We are looking forward to working closely with them as we continue to execute on our strategy.”

“We have had the opportunity to examine and review VitalHub’s business, and we strongly believe in their approach and the opportunity that exists to bring the Company to scale,” said Francis Shen, founder, and former Chairman and co-CEO of Aastra Technologies Limited. “We believe we can assist and add value in growing the Company to become something special for all shareholders.”

All securities issued in connection with the Offering are subject to a four month hold period expiring May 20, 2019.

The Company has a robust two-pronged growth strategy, targeting organic growth opportunities within its product suite, and pursuing an aggressive M&A plan. Currently, VitalHub serves 200+ clients across North America. VitalHub is based in Toronto, Canada, with an offshore innovation hub in Sri Lanka. The Company is publicly traded on the TSX Venture Exchange under the symbol “VHI”.

This press release includes forward-looking statements regarding the Company and its business, which may include, but is not limited to, statements with respect to the appointment of a new directors. Often, but not always, forward-looking statements can be identified by the use of words such as “plans”, “is expected”, “expects”, “scheduled”, “intends”, “contemplates”, “anticipates”, “believes”, “proposes” or variations (including negative variations) of such words and phrases, or state that certain actions, events or results “may”, “could”, “would”, “might” or “will” be taken, occur or be achieved. Such statements are based on the current expectations of the management of each entity, and are based on assumptions and subject to risks and uncertainties. Although the management of each entity believes that the assumptions underlying these statements are reasonable, they may prove to be incorrect. The forward-looking events and circumstances discussed in this release, including the Company’s M&A strategy and proposed board appointment(s), may not occur by certain specified dates or at all and could differ materially as a result of known and unknown risk factors and uncertainties affecting the companies, including risks regarding failure to obtain approvals, market conditions, economic factors, trends in the technologies industry, the equity markets generally and risks associated with growth and competition. Although the Company has attempted to identify important factors that could cause actual actions, events or results to differ materially from those described in forward-looking statements, there may be other factors that cause actions, events or results to differ from those anticipated, estimated or intended. No forward-looking statement can be guaranteed. Except as required by applicable securities laws, forward-looking statements speak only as of the date on which they are made and the Company undertakes no obligation to publicly update or revise any forward-looking statement, whether as a result of new information, future events, or otherwise. 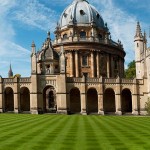