NOT FOR DISTRIBUTION TO U.S. NEWSWIRE SERVICES OR FOR DISSEMINATION IN THE UNITED STATES. ANY FAILURE TO COMPLY WITH THIS RESTRICTION MAY CONSTITUTE A VIOLATION OF U.S. SECURITIES LAW.

TORONTO, June 30, 2021 (GLOBE NEWSWIRE) — Volatus Aerospace Corp. (“Volatus“) and Partner Jet Corp. (“Partner Jet”) (TSXV:PJT) are pleased to announce that Volatus has closed its previously announced private placement (the “Offering”) of subscription receipts (each, a “Subscription Receipt” and collectively, the “Subscription Receipts“). The Offering was oversubscribed and upsized from C$7.5 million to approximately C$9.2 million due to demand. Upon closing of the Offering, 14,051,932 Subscription Receipts were issued at a price of $0.65 per Subscription Receipt (the “Issue Price”) for aggregate gross proceeds of approximately C$9.2 million. The Offering was conducted in connection with Volatus’ going-public transaction which will be completed by way of a reverse takeover of Partner Jet by the shareholders of Volatus (the “Reverse Take-Over“).

Further, Partner Jet and Volatus executed a definitive amalgamation agreement dated June 30, 2021 (the “Definitive Agreement”) which outlines the terms and conditions pursuant to which Volatus and Partner Jet will complete the Reverse Take-Over.

The Offering was led by Echelon Wealth Partners Inc. (the “Lead Agent“), as lead agent and sole bookrunner, and included Cormark Securities Inc. (together with the Lead Agent, the “Agents“) and was conducted on a “commercially reasonable efforts” basis.

Each Subscription Receipt was sold at the Issue Price and will automatically convert, for no additional consideration, into one unit of Volatus (a “Unit”) upon the satisfaction of certain escrow release conditions, including, among others, the completion or waiver of all conditions precedent to the completion of the Reverse Take-Over and the receipt of shareholder and regulatory approvals required for the completion of the Reverse Take-Over (the “Escrow Release Conditions”). Each Unit will be comprised of one common share in the capital of Volatus (a “Common Share”) and one-half of one common share purchase warrant (each whole warrant, a “Warrant”). Each Warrant will entitle the holder thereof to acquire one additional Common Share at an exercise price of $0.75 (the “Warrant Exercise Price”) at any time prior to the date that is 24 months from the closing of the Reverse Take-Over. On closing of the Reverse Take-Over, the Common Shares and Warrants issued to the holders of Subscription Receipts will be automatically exchanged for an equal number of common shares and warrants of the entity resulting from the amalgamation of Partner Jet and Volatus (the “Resulting Issuer”).

The gross proceeds of the Offering, less 50% of the cash fee of $636,362.90 payable to the Agents and all of the expenses of the Agents incurred in connection with the Offering, have been paid into escrow pending satisfaction of the Escrow Release Conditions. In the event that the Escrow Release Conditions are not satisfied on or prior to the date that is 120 days after the closing of the Offering (which may be further extended, in the discretion of the Lead Agent, by a period of up to 60 days), the escrowed subscription funds, together with all interest accrued thereon, will be returned to subscribers in accordance with the terms of the subscription receipt agreement governing the Subscription Receipts.

The net proceeds from the Offering are intended to be used for sales and marketing, capital expenditures related to manufacturing of various technologies, acquisitions and general working capital purposes.

Under the terms of the Definitive Agreement, it is proposed that Partner Jet and Volatus will amalgamate pursuant to the Business Corporations Act (Ontario) to form a new corporation called Volatus Aerospace Corp. (the “Resulting Issuer”) which will carry on the business of Volatus as its primary business while continuing to carry on the current business of Partner Jet as well.

Volatus currently holds 45.4% of the issued and outstanding shares of Partner Jet and is a vertically integrated unmanned aerial vehicle (“UAV”) service provider with activities across Canada. Volatus’ current head office is located in Pointe Claire, Quebec and the head office of the Resulting Issuer will be located in Oro-Medonte Township, Ontario.

It is proposed that the directors and officers of the Resulting Issuer will be made up of:

The directors and officers of the Resulting Issuer are subject to TSX Venture Exchange approval.

The Definitive Agreement and, once issued, the Partner Jet information circular will be posted by Partner Jet at www.SEDAR.com.

Partner Jet Corp. is incorporated under the laws of Ontario and its shares are currently posted for trading on the TSX Venture Exchange (PJT:TSX-V). The Company, through its subsidiary Partner Jet Inc., carries on the business of a full-service aircraft management, private aircraft charter sales service provider capable of operating a wide range of corporate aircraft. The Company’s revenue is generated through aircraft management contracts, charter and sub-charter activities.

Neither the Exchange nor its Regulation Services Provider (as that term is defined in policies of the Exchange) accepts responsibility for the adequacy or accuracy of this release. The Exchange has in no way passed upon the merits of the transaction and has neither approved nor disapproved the content of this press release.

Investors are cautioned that, except as disclosed in the management information circular or filing statement to be prepared in connection with the transaction, any information released or received with respect to the transaction may not be accurate or complete and should not be relied upon. 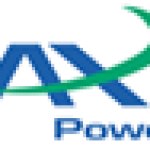 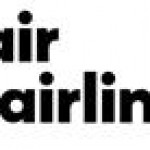