With few alternative ways to invest and millennials being grossly under-invested in the market, Voleo jumped at the opportunity to provide digital investment solutions. Formed in 2013 Vancouver, B.C., this rising startup has developed an investment management platform which enables users to form private ‘investment clubs’ and share investments in publicly traded securities. The Voleo platform is currently in the beta testing stage and set to launch in second quarter of 2017 in the United States.

Jay Sujir, Vancouver-based securities lawyer, conceived this idea in early 2009 in the wake of the 2008 financial crisis, the crisis which negatively impacted the belief that financial advisors act in their clients’ best interests.

The Canadian Business Journal spoke with Thomas Beattie, CEO and CFA charter-holder, who realized the Voleo potential to the point Sujir talked him into devoting all of his time and most of his money in this venture.

“The philosophy is to engage the next generation in a way that is fun and interesting. The current social media approaches to investing such as following people on Twitter, third-party commentary, etc., are not particularly helpful or productive. Pooling money and investing as a team was a traditional means of investing; even Warren Buffet started with a partnership before adopting Berkshire Hathaway as his vehicle. The internet temporarily disrupted this, and we are bringing it back for the mobile generation in a way they’ll find approachable and rewarding,” says Beattie.

“The math is simple,” continues Beattie. “If you use a traditional money manager at a financial institution, you could lose about one third of your wealth over the course of your life to fees. Using the so-called robo-advisor you may lose one fifth of your wealth to fees; but if you chose to make your own transactions and split discount brokerage commissions the costs are negligible. As a peer-to-peer platform, Voleo allows users to connect with those they know and trust, and make investment decisions together as a team. The philosophy behind Voleo is that the investors create clubs that consent with the investment strategy, they pool their knowledge, experience and ideas, are accountable for their decisions, and build and manage their own investment portfolios. If you’re a believer in passive investing you can almost perfectly replicate market returns with a handful of trades. If you are an active investor and want to chase higher returns the advantages are even more pronounced.”

Registered in the U.S. and partnering in Canada and elsewhere, Voleo plans to become an accountable, accessible, low-cost form of quasi-private investment solution immune to the excesses and questionable promises of financial advisors and the financial industry. Voleo’s main customer segments are those who have been under-invested in public equities.

“There are approximately 118 million people in the U.S. who currently invest in the stock market; about 43 million of those are self-directed investors; and 18 million of those are what we call “active investors”. On top of that, about 35 million millennials fit the bill as well—being active on social media with household income over $75,000—they are already in our market, and we are ready to engage them,” says Beattie.

“We identified four reasons young people don’t invest: millennials don’t have enough money, enough knowledge, enough time, or they are afraid. Our platform addresses all these barriers. You pool the money with people you trust, you share responsibility with others, you can rely on people in your group who are more sophisticated, and you can take comfort in the fact that you are working with people who have a vested interest in the trade and want to succeed. With Voleo, you don’t have to worry about your money manager wanting to make fees for himself instead of caring about your interests. You’ll be surprised how clever you look just by saving 1-2% per year, let alone leveraging the wisdom of crowds to generate better returns.”

The platform provides the full suite of features and functionality for users to operate an investment club, and it also connects these investors to a wider social network of Voleo users. The broader community provides actionable insights in real time from investors with a transparent track record, which can then be validated with your trusted peers. One of the key features of the platform is the trade proposal system. Club members propose to buy or sell a security and then give the other members of the club an opportunity to vote on it. If the vote is passed by the majority, a trade in the security is automatically triggered.

Voleo tracks activity, reports on the health of your financial decisions, and enables each user to compare their performance to their network, all of which provide motivation. Each user’s proposals and votes are also recorded and used to calculate a time- and value-weighted score — Definitive Return On Investment Decisions — the D.R.O.I.D. score. “It is simply the rate of return on investment that each user would have generated had each of his or her decisions been effected. Other performance measures, where a user’s DROID score is risk-adjusted and compared to industry and other benchmark indices, are also available. This gamifies decisions and makes it possible to compete with teammates as well as the community at large, which is both engaging and productive. Consider it Fitbit for your investments,” says Beattie.

“As far as our brokerage platform is concerned, we offer something no other brokerage has ever has—inherent virality. If you want to become a user, you invite at least two users to join your club. This means that with each customer, we don’t win a single individual but a team. Historically, investment clubs constituted ten to twelve individuals. Given we have entirely removed the setup costs people can now participate with different social cohorts and I anticipate we will see most teams comprising of five to seven individuals; under existing regulatory exemptions we may see anywhere up to 100 people on a club in the U.S., and up to 50 in Canada.”

While the company is pre-revenue, over 2,000 universities students participated in its system as part of a financial literacy campaign undertaken in partnership with Toronto Stock Exchange, and generated a list of over 50,000 individuals interested in the platform.

Launching for Americans in second quarter of 2017, and Canadians soon thereafter, Voleo is ready to engage millennials and all those who want to challenge their financial services provider and flex their own investment muscle. 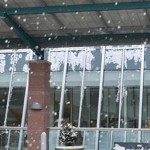 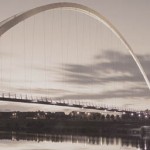