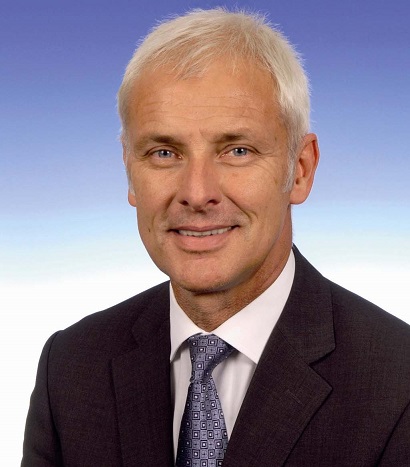 CBJ — A new report from the German government suggests automaker Volkswagen falsified emission tests on about 2.8 million diesel vehicles in Germany, which is nearly six times as many as it has admitted to falsifying in the United States.

The widening crisis means the cheating scandal is far bigger than first thought.

The board of directors at Volkswagen is expected to name 62-year-old Matthias Mueller (pictured), the head of its Porsche sports-car division, as chief executive to replace Martin Winterkorn, who quit on Wednesday amid the global scandal. It’s expected several other high-ranking executives will also be fired in what has become the company’s biggest business-related scandal in its 78-year history.

The board will also dismiss the head of its U.S. business, the top engineers of its luxury Audi and Porsche brands and the head of brand development at its VW division, in an effort to publicly show it is acting with decisiveness to end the crisis.

Volkswagen shares have plunged as much as 40%, wiping tens of billions of euros off its market value, since U.S. regulators said last Friday it had admitted to programming diesel cars to detect when they were being tested and alter the running of their engines to conceal their true emissions.