CBJ – Shares of German automaker Volkswagen plunged by almost 25% on Monday, their biggest one-day fall in history after a report surfaced about allegations from U.S. regulators that it falsified emissions data.

The U.S. Environmental Protection Agency alleges that Volkswagen used software for diesel VW and Audi branded cars that deceived regulators measuring toxic emissions and could face up to $18-billion in penalties.

The scandal is erupting just as Volkswagen tries to move past a publicly divisive leadership battle. There have already been calls for CEO Martin Winterkorn to resign.

VW overtook Japan’s Toyota in the first half of 2015 to become the world’s biggest car maker by sales, but is facing a sharp slowdown in its most profitable market, China. 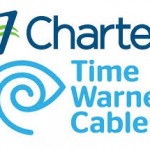