CBJ — Volkswagen has abandoned a partnership with a U.S. startup Aurora, known for its development of self-driving vehicles.

Instead, VW is going to focus on a larger alliance with Ford.

According to a report by the Financial Times, VW will pursue closer opportunities with Ford’s self-driving unit Argo AI with an official announcement expected soon.

The German and U.S. carmakers announced in January that they are to jointly build commercial vans and medium-sized pickups, and that they were to investigate working together on autonomous vehicles.

Meanwhile, Fiat Chrysler has announced it will be partnering with Aurora, the startup that was founded by former executives from Google, Tesla and Uber with a view to obtaining market share in the self-driving sector. One of its more well-known investors is online service giant Amazon. 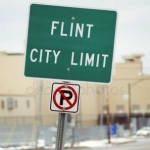