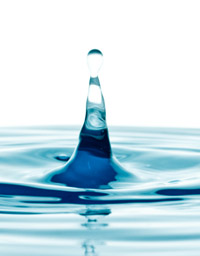 It has been 10 years since the Walkerton tragedy, but there are few in Ontario who forget what took place. In May 2000, the small Ontario community’s water supply became contaminated with a highly dangerous strand of E. coli bacteria, due to farm runoff.

Many residents began to simultaneously experience gastrointestinal infections, among other symptoms. Although the Walkerton Public Utilities Commission insisted the water supply was okay, it was later discovered that negligence and lack of experience was responsible for the contamination. Sadly, at least seven people died directly from drinking the water and 2,500 more became seriously ill—half of the city’s population.

It’s not a story that people like to recall, but it’s one that reminds everyone how important it is to have qualified people managing our water sources. There is arguably no organization that understands this responsibility quite like the Walkerton Clean Water Centre (WCWC).

Established in 2004, the WCWC is responsible for providing training to drinking water system operators across Ontario, focusing on small, remote and older systems, including First Nations systems.  The WCWC also provides advisory support to Ontario’s drinking water system owners, operators and operating authorities. Although the centre is located in Walkerton, its profile is both local and provincial, offering services throughout the province. And as it expands the drinking water training programs, the centre’s profile will continue to grow.

Although Walkerton’s past cannot be changed, the WCWC team has its eyes on the bright future, and the vision is clear: they will create a world-class institute dedicated to safe drinking water for Ontarians. To do this, the WCWC conducts various hands-on training courses that incorporate both conventional and advanced water treatment systems, monitoring and control instruments, a distribution system and numerous types of operating devices.

Aside from training, the WCWC is an active participant in industry research projects, and it consults with leading experts and other key stakeholders to identify research needs and funding requirements for the field. Some of the research the WCWC team has been involved with includes investigating the effect of ozone on cold water coagulation; studying the effect of climate change on water quality and treatment processes; and examining the removal of EDCs and PPCPs from drinking water using ozone and hydrogen peroxide based oxidation.

Along with a new, state-of-the-art facility, the WCWC also welcomes a new leader. On July 1, 2010, Dr. Laurence F. Moore, will start his new position as the chief executive officer.

It only takes a short conversation or a glance at his résumé to realise why Moore was chosen for this role. He has spent many years working in senior management positions for Ontario Public Service, most notably at the Ontario Clean Water Agency—the largest provider of water and wastewater services in Canada. There he was responsible for compliance, research and developing and extensive training program.

As for his relationship to the WCWC, Moore was with the Ontario Clean Water Agency at the time of the tragedy. “We were called into Walkerton to take over the operations and produce safe water for the town,” he says. “At that time, I was asked to take on the communications role for the agency, so I was in Walkerton a lot to help wherever I could and liaise with the Ministry of Environment. What strikes me now—and what struck me then—is that there are still people there suffering behind closed doors from uremic syndrome and other ailments that were brought on by contamination.”

“It definitely makes you feel that you never want it to happen again to any other individual in the community or province,” Moore adds. “When it comes to the work I do, I have a passionate and emotional response to the duty that all drinking water providers have.”

Moore was also an idea candidate for his work with smaller water systems. “The Walkerton Clean Water Centre wanted a CEO with a grip on the needs of small systems and First Nations systems, and how to meet those needs,” he explains. “And as a consultant, I did a report for Health Canada on the various options related to remote sensing of data for small systems. I have also sat on the task force for small systems on Health Canada for a long time.”

As for what he wants to accomplish, Moore seems to have a lot in mind. “One goal in particular is to build on the existing relationships that the centre has already established, as well as create new partnerships,” he says. “It’s one way that we can maximise the resources we have.”  What Moore achieves on the WCWC remains to be seen, but Ontarians can continue to expect great things from him and, subsequently, from their water.