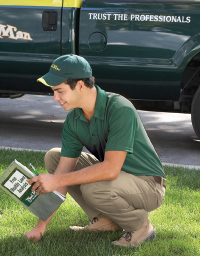 You know who Weed Man is—at least you should; the company has more than 300 franchises across North America. They’re the guys driving the green and yellow trucks around your neighbourhood, helping homeowners maintain their lawns. It’s easy to take this successful lawn care brand for granted, but if you take a look into its company history, you’ll find the quintessential rags to riches tale.

The story begins with the Weed Man himself, Desmond (Des) Rice. As a poor, Irish immigrant, Des lived with his parents and siblings in a one-bedroom bungalow in Toronto. He dropped out of high school in Grade 10 with little education, but he did have a lot of drive and determination to do something with his life.

It was in 1970 that Des decided to start his company in Mississauga, Ontario. Looking around at the suburban expansion in the Greater Toronto Area, he identified a growing need for lawn care—particularly to control broadleaf weeds and other plants whose tendency was to spread quickly and destroy entire landscapes. Des learned that the best thing for the average lawn was to mow, water and fertilize it regularly, to encourage healthy growth and discourage undesirable grasses and weeds.

At the time, professional home lawn care services were in the pioneering stages in North America, so Des entered the market at the perfect time. With a $500 loan from his father and a pick-up truck, Des began knocking on doors, offering to weed peoples’ yards.

It was that simple. Des quickly found customers who needed help with the technical parts of lawn care, and his preventive approach eventually proved to be the right one. For seven years, Des and his wife Brenda ran the increasingly busy business, until Des realised how commercially viable Weed Man was for the rest of the country. In 1977, he investigated franchising—a new concept for residential services—and decided to go for it. It was a smart idea and Weed Man quickly replicated across Canada, and that’s how Weed Man became the household name it is today.

It’s easy to see why Weed Man became a near-instant success. Des had the right idea at the right time and he continued to make the right choices for his business. Mike Kernaghan, CEO at Weed Man, agrees. “I could list a number of reasons for the company’s success: quality, guarantees, service, expertise, value,” he lists. “But brand awareness and reputation has also been crucial. You could ask any homeowner in Canada and they could probably tell you what we do.” It helps that Weed Man still uses the same logo and font that Des designed 40 years ago.

“Today we have 130 franchises in Canada,” Kernaghan says, adding that Weed Man sold out of Canadian franchises 12 years ago. “We are in all the Canadian markets that we can be profitable in—basically, wherever there are lawns, we have a location.”

Weed Man’s overwhelming presence in Canada has led the company to expand into the United States, where it has been since 1995. With more than 200 franchises south of the border, Weed Man continues to grow rapidly. “We are also exploring the United Kingdom,” Kernaghan continues. “In fact, we have five franchises there now.”

For years, Weed Man has been conscious of managing its services in a way that is kind to the environment; after all, lawn care professionals work in green spaces and want to keep it that way. With that in mind, environmental regulations and trends have taken Weed Man a step further.

“We don’t use a lot of the products we used years ago anymore,” says Kernaghan. “Instead, we have moved on to use natural products, and three quarters of our market has shown a preference for them. We have branded that line of services ‘Nature’s Touch,’ which are all organically focused.”

The Nature’s Touch program includes three applications of Weed Man’s slow-release granular fertilizer, surface insect management (as required), and two applications of product that will eliminate 85 per cent of weeds.

“We see a lot of opportunity helping people look after their property, using renewable resources,” says Kernaghan. “A healthy lawn leads to a healthy environment, and that means healthy people.”

As Weed Man continues to flourish, the folks running the show have decided to step out into new franchise ventures that will also focus on offerings for homeowners. “Weed Man is our legacy, but we have four other companies that are gaining speed as well,” says Kernaghan. “All of our brands are complementary and focus on residential services.”

First is Christmas Decor, an outdoor holiday lighting and decorating franchise. Professionals arrive at customers’ homes during the holiday season to hang lights, bows and wreaths. Once the holidays are over, Christmas Decor staff will return to take down decorations, as well as store them.

The second franchise brand is called Bin There Dump That. You may have heard of it on Mike Holmes’s television shows, where the company has a cross-promotion deal with the DIY King himself. Bin There Dump That is a residential, mini-bin company, where a bin is dropped off in a customer’s driveway for trash removal. The garbage-filled bin is later picked up by the staff and dealt with. “A lot of our customers are contractors and renovating companies,” says Kernaghan. “We are growing at an exponential rate; we have 30 franchises now.”

Truly Nolen is a structural pest company. “We manage people’s pests inside the house,” Kernaghan explains. “Weed Man has already built that relationship with homeowners and now we’re going inside homes and offering pest control services.”

Finally, Downsizing Diva is a moving management company for seniors. “This is a franchise for helping seniors move and downsize,” says Kernaghan. “We help organise the move professionally, as well as help customers deal with dismantling a lifetime of assets. It’s a timely brand, because of the aging population. A lot of families can’t cope because of emotional, financial and logistical reasons; so we come in and help. The interesting part is it is led by female entrepreneurs, which is good because it’s not a traditionally female-led industry.”

As for the parent company to cover all five brands, Kernaghan assures they are in the middle of branding an umbrella company. “It will probably emerge as a franchise group,” he says. “We want people to know that we aren’t just experts in lawn care; we are also experts in franchising.”

North Americans will have to keep their eyes open for updates. In the meantime, spring is here and it’s about time to get started on that lawn of yours. Don’t know where to start? Maybe you should call the Weed Man. 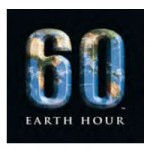 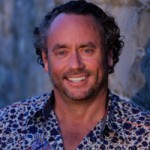