Technology concepts tend to reshape the way we think about business. That’s because more and more business occurs in environments defined by technology.

Consider the phrase “software-defined.” It refers to a new approach to the infrastructure that switches every phone call and delivers every packet of data on the Internet.

In the past, technicians installed telecom networks that were designed for a single purpose. Now the networking industry is migrating towards more flexible systems that can be tuned for a variety of functions by instructions written in software. Hence the term “software-defined.”

What the bright minds in Silicon Valley have begun to realize is that they can replicate almost any business function in software. It’s quite a feat to take a complex physical machine like a server or a switch and replace it with digital code. If you can do that, you can probably write a software model for anything.

This is a big idea. In these early decades of the 21st century we are witnessing a remarkable transformation of the previous century’s industrial economy. Entire industries will be redefined by software.

The term I use to describe this phenomenon is “vaporized”: we are replacing physical goods with invisible data streaming over the air to mobile devices. Call it information as atmosphere, available on demand any time, any place.

This idea of vaporizing physical things and replacing them with invisible software began with networking technology but now it touches just about every industry you can imagine. What is being transformed? Manufacturing, distribution, retail, marketing and big media. What’s at stake is the essence of the consumer economy: the very concept of buying and owning physical products.

Physical products sold to consumers are being replaced by software. More than 1.5 million apps are available for smartphones. Each app represents a product that previously was packaged in a shrink-wrapped box and sold on a retailer’s shelf. No more. We are gradually replacing physical products with digital metaphors.

Next in line: television. The rise of streaming video services erodes the subscriber base for pay television in every nation. As audience attention migrates to vaporized versions of media, advertising dollars will inevitably follow. And increasingly, the advertising in digital media promotes the sale of digital products instead of physical goods.

We’re already familiar with supply chain management and sales force automation; next in line for reinvention are the business functions that plug into the supply chain and the marketing programs that support sales. Entire marketplaces, from stock trading to advertising media buying, have been reconceived as fully automated systems whereby millions of transactions per second are handled by software.

What’s next? Will we pay for these virtual products with Bitcoin? The rules that govern digital currency are not dictated by a central banker but instead are encoded in software. Call it software-defined currency.

Of course there are still many products in the real world that cannot be entirely replaced by software. But these are being reconfigured to meet the needs of the smartphone wielding customer. Uber and Lyft offer transportation-on-demand governed by automated dispatching systems: these innovative firms are destroying demand for car ownership among urban dwellers.

Likewise, Airbnb has achieved a valuation that is greater than all but three major hotel chains, not by owning hotels nor any real estate assets, but instead by offering a software-defined marketplace that matches travelers with rooms in private homes. Similar transformation is underway in categories as diverse as boats, power tools, pet minders, housekeeping, grocery shopping, meals and more. In each case, virtual marketplaces match buyers and sellers instantly.

Of course, the software still needs to run on some physical equipment. Nimble startup companies tend to offload the job of managing infrastructure to the cloud. They opt for vaporized infrastructure-on-demand. Their rivals will have no choice but to mimic this approach if they wish to remain competitive.

Weightless invisible marketplaces have the ability to scale to meet global demand very quickly because they are optimized for 2 billion smartphones. Uber operates in 300 cities worldwide, Airbnb in 34,000 and Apple’s App Store is global.

A fundamental principle of the digital economy is this: as goods become information-intensive they begin to lose the characteristics of physical products and take on the properties of a service. You can own a product but you cannot own a service.

When a software replica replaces a physical object, the very nature of ownership changes. Ownership becomes optional: what matters is access by the minute, hour, day, week or month. Millions of people can use the same cloud-based software at the same time. That feat would be impossible for physical goods. That’s because information has different economic properties than physical stuff: information is a non-rival good, which means more than one person can use it at the same time, and everyone is better off.

The concept of offering “anything as a service” opens up entirely new business models. Instead of outright purchase, a software-defined product can be shared freely or rented or used just once for a single micro-payment. Innovative pricing puts the product–as-a-service in reach of millions of people who couldn’t otherwise afford it. It makes us all richer.

I believe that the phrase “do more with less” is not just a slogan. It is a strategic imperative. Not only is this a valid choice in a world constrained by finite resources; it also happens to be the best business strategy in an economy that is, and will continue to be, defined by software.

From this point forward, by leveraging telecommunications networks and mobile computers to make efficient use of abundant information resources, all of human society, not just companies, but also our civic institutions and educational establishments, really will be able to do far more with less.

Our software-defined economy will improve productivity while consuming physical resources more wisely, enabling us to make better use of energy, raw materials and finished goods.

Big claims. What makes me so confident about them? What’s the secret? Information. Not insider-trading information. I don’t claim to have that kind of insider scoop.

I am arguing for “outside information”. We are getting better at extracting information from the world around us. Every company, every government department, and every university campus contains a universe of data that cannot be accessed or used by others. As these organizations are redefined as software, ever more data will be harvested in useful form. The collecting, organizing and analysis of this information will yield insights that improve performance.

Humanity’s next trick will be to unlock the information value that has been frozen in capital assets, the stuff we own, the things we do, and the living things around us. With the advent of the Internet of Things, vast sensor networks and a host of smart devices ranging from home appliances to robot cars, we’re on the brink of extracting the data content from everything in our environs so that it can be used by software systems to analyze performance and optimize utilization.

Entire fields of natural science, from biology to materials to medicine, are in the process of being redefined by information technology. We can now extract data from mute products and lifeless raw materials; from biology and natural processes; and from business practices and organizational structure. We’ll even find ways to read the raw data that is trapped inside human muscle and mind.

We also have a chance to overhaul outdated government bureaucracies, crusty rules and regulations, old-fashioned education systems, and other relics from the industrial past. A major friction point in politics during the next ten years will be the clash between old systems that govern the allocation of resources in an old industrial economy defined by scarcity and the new systems that are defined by software.

Today we have a chance to migrate away from hidebound institutions with inflexible laws and from a mass market economy with one-size-fits-all products towards something radically different: a more flexible, evolving, editable, participatory, responsive and inclusive digital economy. These are attributes of software, and they are also the characteristics of a society defined by software.

Robert Tercek is the author of Vaporized: Solid Strategies for Success in a Dematerialized World. 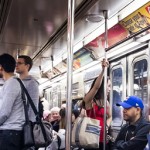 Are You A Lion Or A Lamb? 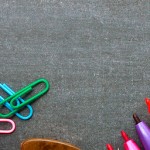