Home | Features | September 14 | Welcome to the Anthropocene: Investing in a Warming World

Welcome to the Anthropocene: Investing in a Warming World 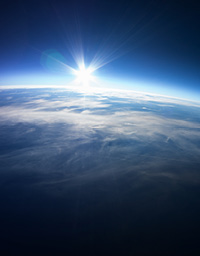 The verdict is in. From the highly conservative International Energy Agency (IEA) to the latest peer-reviewed climate science – business as usual puts enough carbon in the atmosphere to hit 6 degrees C global average temperature rise this century. That’s not something civic society survives, to say nothing of hopes for long-term economic growth! Welcome to the Anthropocene – a new geological age built by us, defined by climate risk.

There are four ways the powerful investment community might react to climate risk: play possum and ignore it; play defense and limit losses by protecting assets; play offense and make money by arbitraging (taking advantage of) impending disasters; or, play nice and try solving the problem.

The first three require only self-interest, and so appear economically rational – but that’s an illusion of short-term thinking. No fund can make money for long ignoring, limiting exposure to, or arbitraging climate disruption. These strategies are destined to fail because everybody loses in the ravaged economy of a 6C warmer world. Even the pension funds we all rely on will fail. Only by solving the climate problem itself can any individual fund or investor succeed over the long term.

But funds don’t play nice. Their job isn’t to ‘solve problems’. They exist to make money. Many low-carbon investments are profitable, but the pace and scale of capital flows that might avoid catastrophic warming is way beyond current profit potential. Even better and cheaper energy sources take a century to replace the old. Clean energy competes against a near-infinity of opportunities – from making t-shirts and bubble gum to digging up more coal or drilling for Arctic oil.

Reducing Anthropocene risk demands low carbon infrastructure is given near wartime priority. That’s way beyond any fund’s self-interest: the problem is too big, the risk too great, the timeline for returns too long. The good news is we might still limit warming to tolerable levels. The trick is to tie the short-term self-interest of each fund to the long-term interest of the broader economy. And that’s easy – put a price on carbon emissions.

The reaction of the vast majority of traditional financial players to climate risk today is to play possum and ignore it. Inaction forms the very definition of ‘business as usual’. While remarkably short sighted, it’s a very human reaction to an existential threat. If the music’s still playing, keep dancing! Individual fund managers might personally acknowledge the risk, but that awareness isn’t built into formal investment decisions.

Some pretty smart people are changing those decision processes, by appealing exclusively to self-interest. Carbon Tracker calculates the cost of the ‘carbon bubble’, the risk that traditional energy companies’ assets will be stranded, left in the ground to avoid catastrophic warming. As weather gets nastier, the political will to act – and the risk to stocks’ value – only increases. Risky Business, led by Wall Street heavyweights Hank Paulson, Michael Bloomberg and Tom Steyer, quantifies the economic downside of climate disruption across a number of industrial sectors, from agriculture to shipping to infrastructure.

As funds integrate climate costs into investment criteria, most play defence and try to protect assets from the storm. A firm might divest of agriculture in California and Texas and move capital to less drought-prone regions like the U.S. Midwest. Some in the insurance game might exit because they can no longer quantify risk since actuarial tables don’t apply in a changing world. Or they may agitate for public backing of that risk, as Jeb Bush provided for hurricane-prone Floridian real estate. Others divest of high carbon energy companies in anticipation of the carbon bubble. Even Wall Street firms moving telecoms equipment to the roof in reaction to Hurricane Sandy is evidence of a defensive climate strategy.

Some funds are more aggressive and go on offense, seeking to capitalize on the coming tragedy by moving quickly to arbitrage a piece of the impending disaster: buying up water rights in drought-stricken Australia and selling to the highest bidder (spoiler alert – no rice, lots of wine); betting big on rising global wheat prices; investing in engineering firms that specialize in flood mitigation; shorting Miami real estate – these are all valid offensive strategies. For a great story of hedge funds around the world playing arbitrage on the climate front lines, see Windfall: The Booming Business of Global Warming by McKenzie Funk.

This may seem brutal, but the financial community reacts to climate risk the only way it can: by trying to make money for themselves. It’s rational, it’s what’s expected, it’s playing by the rules. It’s keeping your job! As a hard-nosed colleague once retorted to me at an investment conference: “Who cares if the Titanic is sinking? I’ll be the one selling lifeboats.”

Selling Lifeboats on the Titanic

But therein lies the real problem: if the Titanic sinks, we’re all on lifeboats – including those who sold them! A luxury lifeboat in a stormy ocean is no substitute for a first-class cabin on an ocean cruiser. Even the wealthy, able to protect assets and arbitrage the disaster, are worse off in a hot and hostile world.

Put another way, anything close to 6C of warming puts unprecedented and unrelenting strain on physical infrastructure, decimates food supplies, disrupts civic society, overwhelms the military and blasts to smithereens any hope of long-term economic growth. Sure, a few early movers can benefit at the outset – but over time every financial player suffers because the economy writ large suffers. We must solve the problem itself, and rebuild our energy systems in short order to enable a low-carbon economy to keep humming along.

But no fund – however large – has the capacity to rebuild our global energy system. No fund manager – however well-meaning – has the incentive to do so while coal, oil and natural gas remain good bets. Only by co-ordinating activity across the entire financial sector can we hope to engage the financial community in saving them from themselves. Fund managers are just people, operating within a well-defined system of rewards. The sorry paradox is that by playing by the rules, our financial elite ruin the game itself.

The good news is that our modern global market economy – backed by unprecedented levels of capital, powered by increasing rates of technological innovation, and in command of the largest manufacturing capacity in human history is fully capable of responding to the climate crisis. The market economy is the most powerful social force in human history. We can’t avoid the Anthropocene, but we might engineer a soft landing.

All we need to do is change one simple rule: put a price on carbon. A clear signal that ties profits to carbon reduction links the self-interest of every fund on the planet to the mutual benefit of a relatively stable ecosystem and maybe even a growing economy. It’s in the self-interest of the entire financial system itself to advocate for a price on carbon. A price on carbon may require political action but it’s not partisan. It’s neither right nor left, but the most pragmatic tool in our arsenal to keep temperatures down.
Financial professionals are not neutral actors in the carbon pricing debate – they have a clear vested interest in generating the political will to act on carbon.

Tom Rand focuses on carbon mitigation and is active in Cleantech venture capital, technology incubation & commercialization, and public advocacy. He is Managing Partner of ArcTern Ventures, a MaRS Cleantech Partner. Tom holds a BSc in electrical engineering (U of Waterloo), an MSc in philosophy of science (University of London and LSE) and an MA and PhD in philosophy (U of Toronto) and is an Action Canada Fellow. 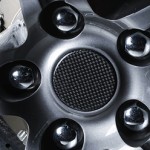 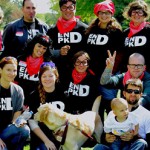