All amounts are expressed in Canadian dollarsTORONTO, Sept. 30, 2019 (GLOBE NEWSWIRE) — Wesdome Gold Mines Ltd. (TSX: WDO) (the “Company”) is pleased to announce that on September 27, 2019 it closed its previously announced senior secured revolving credit facility (“NBF Facility”), with National Bank Financial Inc. (“NBF”) acting as the sole arranger (see the Company’s news release dated June 20, 2019 on its website: www.wesdome.com or under the Company’s profile on SEDAR).  The size of the NBF Facility was increased from the initially contemplated $40.0 million to $45.0 million, and replaces the Company’s previous $36.0 million credit facility. The NBF Facility has a three-year term and is secured by all of the Company’s present and future real and personal property.  The NBF Facility is available by way of (i) Canadian dollar Prime Rate or U.S. dollar Base Rate, with interest rates ranging from 2.50% to 3.50% over NBF’s Prime Rate or Base Rate, as applicable, (ii) Canadian dollar Bankers’ Acceptances at acceptance fees ranging from 3.50% to 4.50%, and (iii) U.S. dollar LIBOR with interest rates ranging from 3.50% to 4.50% over LIBOR. The actual spread or rate will be determined based on the Company’s net leverage ratio. The NBF Facility is also available for letters of credit.The NBF Facility shall be used for general corporate and working capital purposes.  On closing, the Company drew down $5.0 million under the NBF Facility, of which $4.5 million was used to repay in full the amounts owed under the Company’s $36.0 million credit facility, and the balance was used to pay fees and expenses related to the NBF Facility.ABOUT WESDOMEWesdome Gold Mines has had over 30 years of continuous gold mining operations in Canada.  The Company is 100% Canadian focused with a pipeline of projects in various stages of development.  The Eagle River Complex in Wawa, Ontario is currently producing gold from two mines, the Eagle River Underground Mine and the Mishi Open pit, from a central mill.  Wesdome is actively exploring its brownfields asset, the Kiena Complex in Val d’Or, Québec.  The Kiena Complex is a fully permitted former mine with a 930-metre shaft and 2,000 tonne-per-day mill.  The Company has further upside at its Moss Lake gold deposit, located 100 kilometres west of Thunder Bay, Ontario.  The Company has approximately 137.2 million shares issued and outstanding and trades on the Toronto Stock Exchange under the symbol “WDO”.For further information, please contact:PDF available: http://ml.globenewswire.com/Resource/Download/9a5f941f-1479-40ee-b8a6-e2f4c463b00a
CBJ Newsmakers 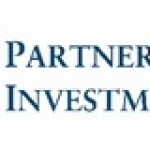 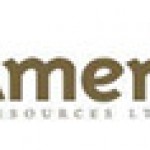