VANCOUVER, British Columbia, March 16, 2020 (GLOBE NEWSWIRE) — Western Resources Corp. (TSX: WRX) (“Western” or “the Company”) is pleased to announce that its shareholders approved all items put before them at the Company’s Annual General Meeting held on March 13, 2020. The approved items include:
Fixed the number of directors of the Company at 6;The election of Wenye (Bill) Xue, Frederick (Fritz) Venter, Qinglong Xia, Yinping Wang, Guy Bentinck and Yujia Ren to the Board. Of the approximately 130.60 million common shares, representing 69.89% of the issued and outstanding common shares of the Company, voted at the meeting by ballot and by proxy, the approximate number of those votes “For” each director, and the approximate percentage of the total votes cast, are as follows: Bill Xue (111.49 million / 99.80%), Fritz Venter (111.49 million / 99.79%), Qinglong Xia (111.56 million / 99.86%), Yinping Wang (111.56 million / 99.86%), Guy Bentinck (111.57 million / 99.87%) and Yujia Ren (111.56 / 99.86%);The reappointment of KPMG LLP as auditors of the Company at a remuneration to be fixed by the directors.The new Board elected Mr. Bill Xue as Chairman of the Board, Mr. Fritz Venter as Chair of the Corporate Disclosure Policy Committee, Mr. Guy Bentinck as Chair of the Audit Committee, and Mr. Yinping Wang will continue to serve as Chair of the Compensation Committee.The Company wants to express its thanks to Hon. James Moore, Mr. Xiaogang Chang and Ms. Jennifer Fang, who for personal reasons, decided not to continue to serve on the new board. All the three departing board members have provided sound and thoughtful guidance to the development of the Company in their own respective capacities during their tenure, which is instrumental to the achievements made and the Company wishes them well in the future.About Western Resources Corp.
Western Resources Corp. (TSX: WRX) (“Western” or “the Company”) and the company’s wholly owned subsidiary Western Potash Corp. are constructing Canada’s newest and most innovative, environmentally friendly and capital-efficient potash mine. This will be the first potash mine in the world that will leave no salt tailings at the surface, thereby reducing the water consumption by half as well as significantly improving energy efficiency. The Phase I Project is under construction and will form the basis for further expansion.For more information on the contents of this release please contact Jerry Zhang, Corporate Secretary, at 604-689-9378.
CBJ Newsmakers 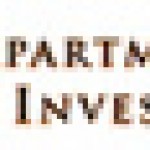 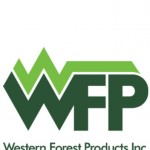