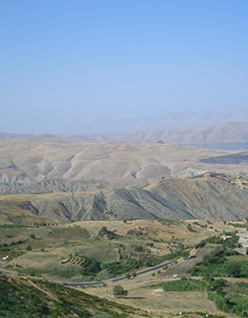 Becoming an oil and gas producer in Kurdistan

WesternZagros had the prescience to enter into the under-explored and under-developed Kurdistan region in 2005, grasping the opportunity to acquire a large block that is on trend with the Kirkuk field.

“We were the fourth group in and pioneers in a space that is very busy now,” says Simon Hatfield, CEO. “We started from being a rank exploration company with two very prospective blocks in the Kurdistan region of Iraq.”

Today there are over 40 companies exploring the region, making land position for additional permits very tight.

WesternZagros started with what Hatfield describes as a virgin piece of land, measuring over 2,120 square kilometres, completing the required geophysical surveys and drilling two wells.

“By the end of this year we are aiming for about 5,000 bpd being exported to market.”

“Our blocks contain many leads and prospects,” continues Hatfield. “We report only recoverable estimates, not in place numbers, that are audited by an independent reserve engineering company (SPROULE International Limited). Their audited assessment of the two blocks confirm the potential for approximately 2 billion barrels, or 3.5 barrels of oil equivalent if you include gas and condensate; in an area that is one of the hottest exploration areas right now.”

Numbers like these are catching the attention of the major oil and gas companies. In the last year, Marathon Oil Corporation has entered the region, as well as Murphy Oil, Hess and Spanish oil and gas giant, Repsol.

“The advantage to us coming in early is we were able to hand pick the block. We hand picked it for a number of reasons: Good quality seismic data, less complex structures, multiple reservoirs and a large light oil resource base. So far it is proving up to have everything we hoped it would.”

Drilling success ratio in Kurdistan is estimated at 80 per cent. Hatfield says, “On our blocks we have drilled two wells and both were discoveries—we are batting 1000.”

In September, WesternZagros released a press statement which said it had “received encouraging results from a recently-completed study of the drill cuttings from its Kurdamir-1 well utilizing advanced technology. The study, by Weatherford Laboratories in Houston, confirmed the potential of a gross oil and gas interval over 1,900 metres thick in the Kurdamir-1 well. These results significantly increase the Company’s confidence of encountering oil in the Eocene and Cretaceous reservoirs in the upcoming Kurdamir-2 well, which would add to the oil already encountered in the Oligocene reservoir.”

WesternZagros expects Kurdamir-2 to be spudded in the fourth quarter of 2011 on the company’s Kurdamir Block which is operated by Talisman. Kurdamir-2 is located approximately two kilometres away from Kurdamir-1 and will target the Oligocene, Eocene and Cretaceous reservoirs on the flank of the structure where the combined potential oil interval is likely at maximum thickness. The combined audited mean estimate for all three reservoirs is 585 million barrels of prospective oil resources as at January 14, 2011.”

“Based on results of the well we are drilling now and the one we will spud next month we will decide what the future program is,” says Hatfield. “The basic premise is to get these wells on production as soon as possible.”

“We would consider Mil-Qasim-1 a step out exploration well, it’s not a high risk well.

“With an independently audited mean estimate of 106 million barrels of prospective oil resources at Mil-Qasim, we’re excited to explore this structure, which is also the second of the three wells that make up our objective of discovering over 800 million barrels of oil by mid-2012.”

Hatfield describes WesternZagros’s sole focus on exploration in Kurdistan and on its existing contract areas as “a silver bullet approach. Hatfield says: “We knew Kurdistan and northern Iraq was a good place to look for oil and gas. We knew it was virtually untouched because of the political history. That provided the opportunity because there were big areas where nobody had drilled any wells. We chose the acreage specifically because we knew it held a lot of promise.”