Home | Features | August 18 | What Holds Canada Back? Protectionism, Corporate Taxes And A Dearth of Innovation

What Holds Canada Back? Protectionism, Corporate Taxes And A Dearth of Innovation

The topic of economic stability has been front and centre not only here in Canada but around the world and especially after the U.S. government began its crusade to revisit and rescind certain trade agreements and impose harsh tariffs.

While it is true the tactics being used by American President Donald Trump and his administration has left many world leaders wondering what the end game will be, there are other baseline factors as to why Canada’s exporting woes are stumbling. Yes, our economic wounds and misfortunes may be self-inflicted to a considerable degree, as much as we prefer to put all the blame on what’s happening outside of our own borders.

The Organization for Economic Co-operation and Development has penned several revealing reports over the past six months and included in those findings are that Canada’s onerous tax burdens and protectionist policies are primary sources of concern.

The Paris-based OECD has projected that the Canadian GDP growth should remain strong throughout the second half of this year with exports still in demand, so our products are still deemed as valuable on an international level. That’s the good news. The bad news is that our own internal decision-making is largely to blame for what’s strangling our ability to advance.

The OECD has publicly stated that Canada’s greatest risk to continued economic prosperity is not tariffs being imposed by the U.S., but rather what the organization claims is Canada’s own protectionist policies. Some would view that as a rather ironic twist, given that it is Trump who is considered to be the main supporter of that particular ideal. However, in some ways Canada may already be a more prominent offender in that regard. The OECD says the federal government should reform taxes in order to elevate corporate competitiveness on an international scale.

Trump has often verbally protested the obstructive nature at the Canadian border regarding American goods entering our country – and he’s not wrong. The truth of the matter is that we see no harm in continuing a beneficial one-sided relationship whereby our retailers can sell up to $1,000 worth of products at a time into the U.S. market without any impediment. However, our American retail counterparts face a number of taxes and duties on any shipment above $200 that comes into this country. There is an $800 imbalance. Is it nitpicking? Without a doubt – but those who defend fairness on a one-to-one scale would say Trump and the American government have a right to be annoyed on that issue – it is simple math.

Apologists may try and claim that the U.S. is so much larger that it will be able to absorb the imbalance without much notice at all. While on the surface that is true, it nonetheless is a hypocrisy that exists and now Canada is being called out on it by an American president and his administration who clearly aren’t interested in doing us any favours, and especially not if there is a shred of belief that it would come at the expense of American jobs.

According to statistics from the OECD, Canada’s economy is expected to grow by 2.1% this year and 2.2% next year. Those numbers compare with a 3% rate of growth in 2017. The biggest risk to Canadian stability may be trade protectionism policies.

A tremendous amount of media attention has been focused on the stalled North American Free Trade Agreement talks between Canada, the U.S. and Mexico. At this juncture, it seems uncertain a new trilateral agreement will ever be reached. The Trump administration has publicly stated it would prefer separate bilateral agreements with Canada and Mexico. But the demise of NAFTA may not be nearly so devastating to the Canadian economy if we are to believe the figures of the OECD, which projects a 0.5% GDP decline in the short term and no more than 0.2% in the longer term, based on current productivity levels.

In addition to Canadian taxes, a recent U.S. corporate tax cut has also spurred a negative impact on this country’s competitiveness. Rather than bemoan that tax cut in lethargy, Canada should react accordingly.

“The government should review the tax system to ensure that it remains efficient — raising sufficient revenues to fund public spending without imposing excessive costs on the economy — equitable and supports the competitiveness of the Canadian economy,” according to a report released by the OECD.

Additionally, a multitude of changes to mortgage rules and other housing related measures have mitigated the risks around a sustained housing boom.

A harsher critical view would be that it is nothing short of policy dysfunction that is to blame for the tax burden being placed on small to medium-sized businesses, which has in turn perpetuated a degree of stagnating productivity, with some industries being hit harder than others.

Business owners and managers in Canada are well aware of a number of frustrating regulatory requirements that serves to slow productivity in the private sector. The smaller the company the harder it can be to withstand the seemingly endless bureaucratic stipulations set out by the government. If there was a means to an end the exercise might be somewhat more palatable, but much of what goes on seems to have little if any purpose. Making matters worse is the lack of continuity between the provinces, which creates even more confusion.

The Canadian Federation of Independent Business is a national association that represents more than 100,000 enterprises across the country. The CFIB champions the idea of making regulatory requirements more manageable for enterprises, but government movement on such matters takes an incredibly long time to propagate.

“There are some market distortions that need to be dealt with,” says Ted Mallett, vice-president and chief economist at the CFIB.

Small to mid-sized businesses that have traditionally exported their goods to the U.S. – or even other provinces within Canada – often complain about the excessive amount of administrative requirements that must be met. And then there is the complex and complicated tax system that puts an overwhelming burden on small business.

The CFIB and several other organizations have been critical of the federal government’s decision to limit certain tax credits for small businesses.

“We wish the clock could be rolled back a year, and pre-empt the previous approach the government wanted to take (regarding small business tax reform),” says Mallet.

Earlier this year, Finance Minister Bill Morneau bowed to public pressure and lowered the small business tax rate to 10% from 10.5% and has promised to cut it to 9% next year.

The U.S. cut its corporate tax rate from 35% to 21% and allows American companies to immediately write off investments in equipment. There was also the removal of taxation on dividends.

Provincial and territorial lower and higher tax rates not including Quebec and Alberta.

The concerns from business groups are supported by a report by the OECD, which found “stagnating productivity and weak business dynamism are a concern” because of an overwhelming number of regulatory and financing shortfalls.

Obstacles with inter-provincial trade are often even more concerning to small business than in dealing with U.S. taxes because many companies do most of their business in other jurisdictions in Canada. In other words, Canada spends more time worrying about the tariffs that may or may not be imposed by the Trump administration when our own inter-provincial tax burdens are as bad – if not worse. With various regulatory policies for many different industries the added surcharge can often amount to anywhere from 5% to 15% onto the total for a small business, compared to less than 5% for larger enterprises.

Small business is the lifeblood of Canada. It is estimated that about 90% of all Canadians work for companies with less than 200 employees.

A deeper examination of the OECD report of Canada’s business sectors reveals that airline transportation, couriers and telecommunications are most in need of reform due to predetermined caps on foreign investment. It was also noted that closer collaboration between the provinces and territories would also go a long way in righting the ship with such a significant level of regulatory fragmentation from coast to coast to coast.

In order for Canada to compete amongst the most economically developed countries there will need to be a greater amount of business investment earmarked for innovation, with business spending below average at 0.8% of the annual gross domestic product. As a comparative, the United States spends about 2% of its GDP on business investment.

Canadian small businesses are also slow to adopt new information and communications technologies, with only about 15% utilizing resource planning software as of 2016. During the same time period that number was about 50% in Germany.

The Global Innovation Index surveys the innovative capacity of more than 100 countries around the globe on an annual basis and in 2017 Canada slid to 18th after being ranked 15th the year before.

The ranking is based on 82 indicators in seven categories: institutions, human capital and research, infrastructure, market sophistication, business sophistication, knowledge and technology outputs and creative outputs.

National innovation is vital because it encourages and enhances social and economic benefits, opening up new avenues for opportunity. The Conference Board of Canada has repeatedly put forth reports stating that this country needs to improve its innovation practices dramatically in order to compete with its international peers. Countries that are more innovative are passing Canada on measures such as income per capita, productivity, and the quality of social programs.

The OECD found that Canada has the highest number of older firms among 15 other developed countries, with business dynamism gradually waning since the 1980s. Business dynamism is the process by which firms are continually born, fail, expand, and contract, as some jobs are created, others are destroyed, and others still are turned over into something else.

“Barriers to foreign direct investment and the regulatory protection of incumbents are higher (in Canada) than in many other countries,” according to the OECD report. It also recommends that a reduction in market failures could be greatly alleviated with “better harmonizing of provincial legislation.”

However, groups such as the Canadian Centre for Policy Alternatives (CCPA) do not believe that further corporate tax cuts are needed in order for this country’s businesses to be competitive on a global scale. The main reason the CCPA opposes the idea is that taxpayers will end up subsidizing corporate tax cuts because the federal government is in a fiscal deficit – which means it would have to borrow even more money for additional tax breaks.

The CCPA goes on to say that Canada’s roads, bridges, water and waste systems, transit and municipal buildings face a $123 billion backlog of repair and maintenance. Corporations would be granted a tax reprieve but the government would not collect any greater tax amounts from those same companies in order to address the crumbling public infrastructure.

The CCPA believes it would be wrong to put forth a false economy and then stick future generations with the tab. Keep in mind, that tab will wind up being even greater once historically low interest rates begin to move upwards again. That switch has already become evident with the Bank of Canada gradually raising its key overnight trendsetting rate to 1.5%. Canada’s corporate taxes are among the lowest in the developed world, so while it may bring temporary relief, it also doesn’t seem like it, unto itself, will be the answer to improved inter-provincial or global exporting economic results.

There are global decisions that are out of our hands in Canada. But when we get in our own way, it would seem only logical to remove those domestic barriers first and then worry about what the rest of the world is doing after that. 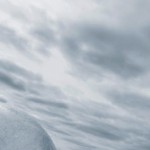 Having The Right Answers When Debt Comes Calling 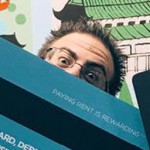